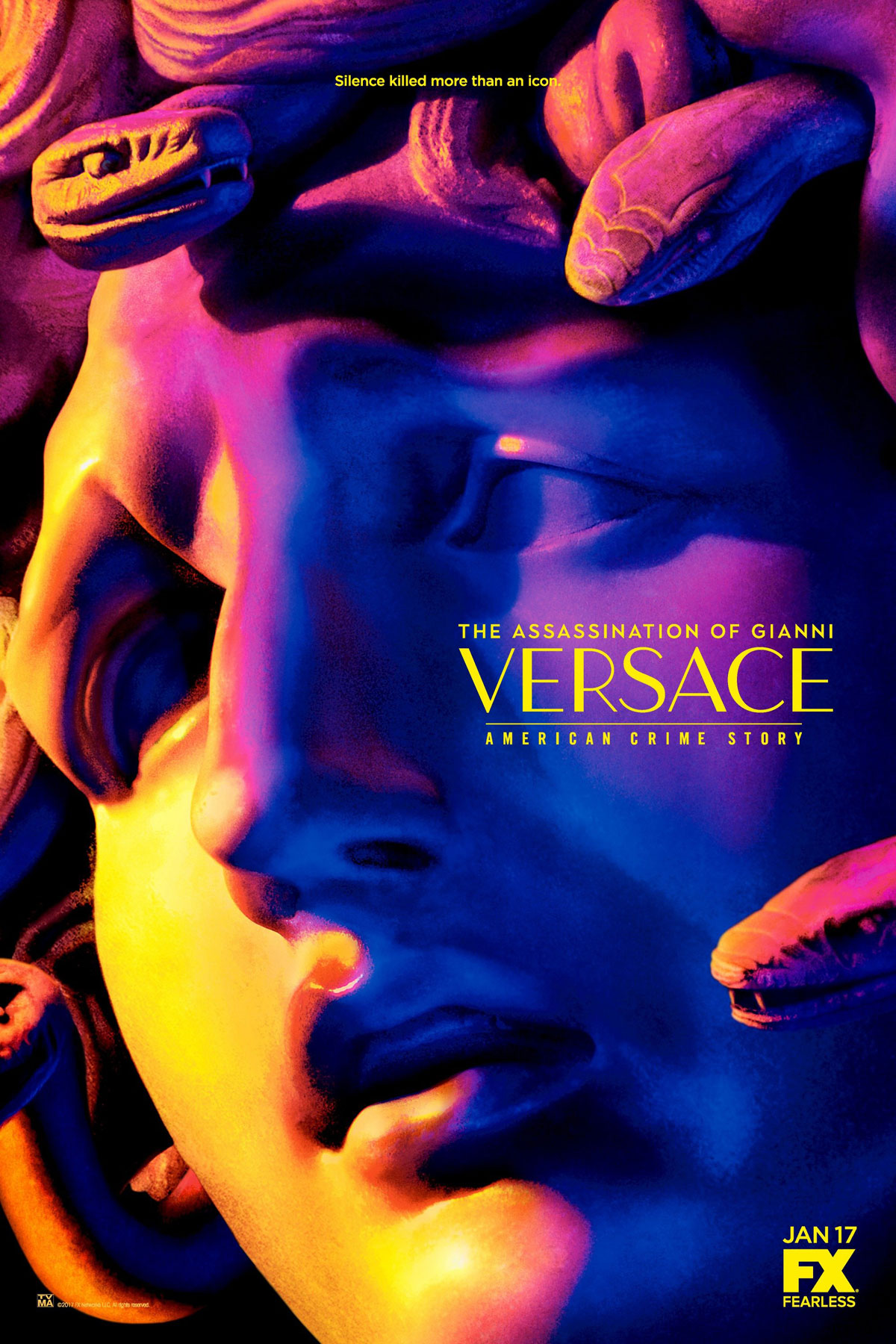 After watching and enjoying American Crime Story’s first series, The People vs. O.J. Simpson, I came into this one a little less psyched. After all, I lived in close proximity to O.J. and all that mishigas, but only peripherally remember anything about Versace’s murder. I mean, as a full-fledged adult in 1997, I recall him being murdered by some dude in Miami, but that’s the extent of my recall of the event. I don’t remember it resonating, either, much beyond the murder itself. Perhaps it was because the killer didn’t make it to trial and the circus that comes with all that, or perhaps it was because Versace had a much narrower audience, but it just didn’t have the legs that the O.J. thing had. And because of that, I kind of went into this viewing with some hesitance.

But did you know the dude who killed Versace, Andrew Cunanan, was a serial killer? Yeah, man, I had no idea either. And, ultimately, the show ends up being way more about Cunanan than it is about Versace. It’s unclear what the intent was going into the series, but it seems from the outside that there is a pretty rudimentary dive into Versace’s past, upbringing and personal life, while we go pretty deep on Cunanan and the history that makes up the mind of a serial killer. It may have been a matter of figuring out the more compelling narrative after starting the project, or it may have been the fact it’s probably easier to delve into and flesh out the background of a deceased murderer with little to no remaining family than it is to take on an existing company, the family and its protectors. After all, people will jump to the defense of a man who, even according to the show, is beloved, but there is generally little push back (or lawsuits) on factual errors or embellishments about a clearly deranged psychopath. So, yes, we get the kind of surface background of Gianni, but the picture of his childhood and the love of his mother (a dress maker who inspired and encouraged his love of fashion as a young child, despite his Italian classmates and strict teachers thinking he was a “freak”) is positive and pretty straight forward. The show’s writers clearly tip-toe around his “illness,” which we are left to assume is HIV or AIDS, but is not expressly called out for fear, we assume, his living relatives might sue over the claim. They’ve said in subsequent interviews after the show came out that he wasn’t, in fact, infected with HIV, but there is just enough wiggle room in the script for plausible deniability. Whatever the case, Versace almost serves as a totem or a blank canvas for both celebrity and the gay lifestyle in the 80s and 90s and how it kind of lived in this sequestered box that still hadn’t really cracked the mainstream. Even the murders and subsequent press coverage illustrated the fact that the murder of gay men didn’t rise to the level of the mainstream. Cunanan alludes to this, and it’s made clear that he is able to get away with his murders to some extent because gay men being killed didn’t rate on the same level of straight men or women due to the squeamishness of the situations and the general disregard for a population that often times still lived in the shadows.

The show’s social commentary aside, the series turned out to be way more entertaining than one would have expected. And that’s mostly due to the performance of Darren Criss as Cunanan. I don’t recall ever seeing the guy before, but apparently he was on Glee, which was a program I didn’t have on my radar (despite some job-related things with the show’s website). So I have no idea how he was on that show, but on this one he’s the perfect picture of a broken and twisted man, always kind of on the edge of losing it. His character is narcissistic and pathological, almost a Zelig-like character who can adapt and so easily lie and morph into whatever any particular person seems to be looking for. He’s very intelligent and devious, but oddly stunted when it comes to understanding consequences. We find out later on in the series as we gather elements of his backstory that his overly-inflated sense of importance and the need to be perceived as successful comes from his twisted father, who is, in some ways, an even worse person than his son (despite never having killed anyone). Criss plays Cunanan as a man driven completely by self-obsession and ego. He’s pathological and absorbed with being rich and famous and perceived as something he clearly isn’t. Yet at every turn he spends money on others in order to show how much he can afford to do it and falls back into broke despair once he’s found out. This pattern repeats over and over again as he finds middle-aged closeted men to have affairs with and chases his real-life loves with the reckless abandon of an obsessed sociopath. There are even tiny glimpses that he regrets what his life has become, but Criss shakes it off and applies the artifice one again. He’s creepy and personable, violent and tender. And he dances like a weird 80s freak. It’s an engrossing performance that makes the others on the show seem kind of lame. Versace is colorless and flat compared to him. Watching Cruz play Donatella Versace is both boring and a little bit disturbing, her face frozen and that strange accent and lisp so prevalent.

So, despite the name Versace being in the title, the show would have been a complete dud without the charismatic killer. When there are Gianni and Donatella scenes, or even scenes with Versace and his boyfriend played by Ricky Martin, I found myself asking, “I wonder what that wackadoo Andrew is up to?” Granted, even his exploits got a little repetitive at times (there are only so many times one can watch a dude duct tape and old guy’s face and then stab him in the mouth right as he’s about to suffocate) but it was definitely hard to turn away when he was on screen. I know that the bad guys in these tales are often more interesting than their victims (for obvious reasons), but when the other dude’s name is on the marquee, maybe the show runners should have considered another angle. I don’t think this series garnered anywhere near the audience O.J did and know that they had originally planned to do a Hurricane Katrina story, but it’s hard to get into the psychology of a storm, and judging by the first two series, the only real interesting part is what motivates a killer and makes them who they are.