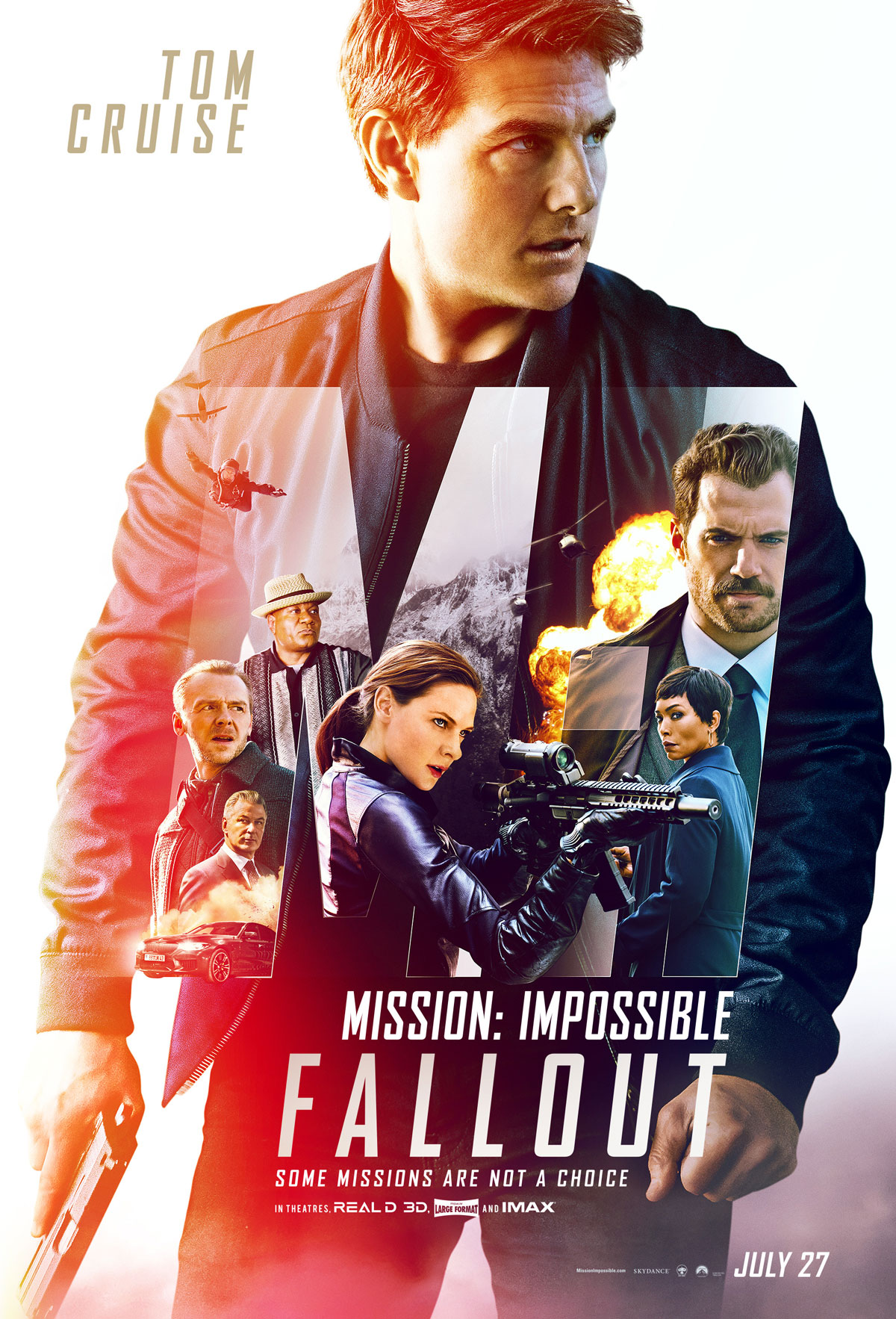 I’m trying to remember how many of these Mission: Impossible movies I’ve seen. Even after watching this one, I recall nothing about any of them save the 1996 original in the Tom Cruise series. You know the one. Cruise suspended above the floor and whatnot. And I think that’s kind of what these films are made for. To give you 150 minutes worth of thrills in air-conditioned darkness and then, once you walk out until the light, the dopamine leaves you, it evaporates from your brain and you move on to another dull Sunday of cleaning the garage or buying cat food.

So now, with this sixth movie in the series, what tricks do they have left? How many more helicopters can they fly through tunnels? How many more motorcycles can they jump off buildings? How many more spills can Ethan Hunt take? Especially at fifty-six years old? I mean, the man looks fabulous and is clearly still pretty spry, but you have to imagine it’s going to get preposterous at some point that this guy is taking on all comers. And even beating the guy who played Superman in a fight.

To even try to explain the plot here is pointless. Needless to say I think there is some shadowy organization who either does or doesn’t have some nuclear balls that are going to be used to blow something up. And it’s up to Ethan Hunt and his gang of CIA or not-CIA guys to stop that shit from happening. As you can imagine, there are lots of helicopters, lots of motorcycles and tons of situations where it seems almost impossible any of them would come out of it alive. Which I suppose makes sense given the series’ title. There are double and triple-crosses, most of which include those masks that can make anyone look like anyone else. Pretty convenient.

And the reason that you tune into these things is for the action. The shooting and the skydiving and the stunts. And, honestly, they’re pretty cool. You can pretty much put the narrative aside and just watch Cruise seemingly do a lot of his own stunts and these insane chases (of which there seems to be at least twenty) through Paris and London. I honestly don’t know how everyone involved doesn’t die, but I suppose that’s the magic of movie making. I do appreciate the practical nature of the stuff, even though I’m sure at least some of it is done via CGI. Though they’re good at hiding it if there is a lot being employed.

There is a serial nature to the series, so not seeing some of the previous films definitely left me a little bit in the dark about Hunt and his wife and some of the adventures his squad has been through. There’s also a surprising amount of light-hearted moments. Not jokes per se, but some slapstick in the physical action and even some small humorous moments at Hunt’s expense. There’s some banter and, of course, Simon Pegg and his other half, Ving Rhames. Which all leads to your typical countdown clock ending where someone has to diffuse the aforementioned bombs before they blow stuff up.

The movie is, without a doubt, absurd. Physics seems to be an afterthought. Everyone should have and would have died a million times over. And the plot is barely even trying to be in any way realistic. But, honestly, who cares? This is a popcorn movie. It’s meant to be viewed the same way you’d watch a cartoon or your buddy playing a video game. It’s passive, but engaging in its visual noise. I mean, who doesn’t love to watch dudes in an epic spy fight in a bathroom? It’s fun, and sometimes that’s just fine. I’m sure Cruise and his bank account could give to two shits about your opinion anyway.