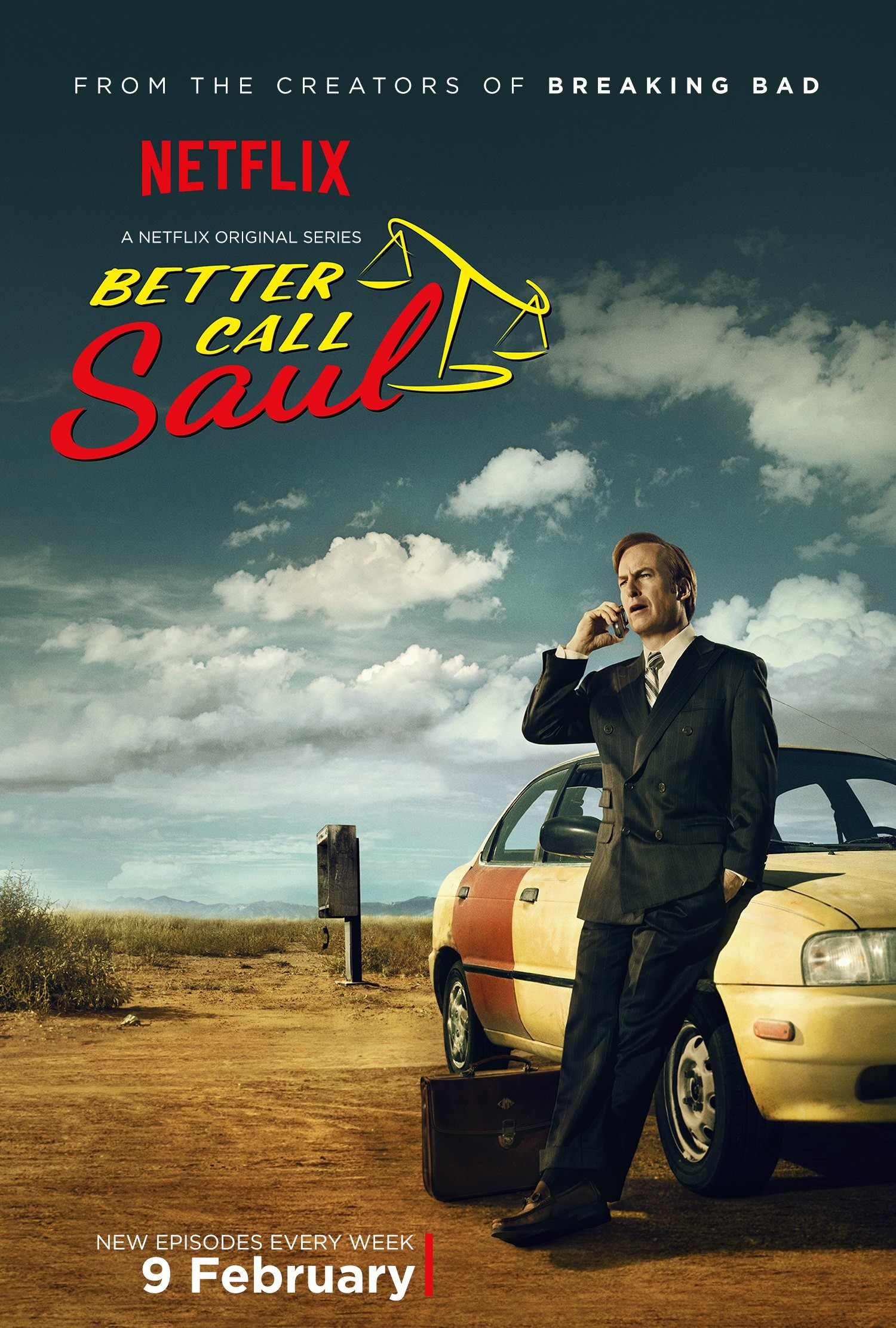 Like most people, I was a little nervous when AMC announced they’d be following up Breaking Bad with this less-than-inspired-sounding spin-off. On Breaking Bad, Saul (a.k.a. Jimmy) was often the clown, the comic relief, the buffoon. I mean it’s not as if Bob Odenkirk is someone I’ve certainly thought of as a leading man, or a marquee guy on which to risk the reputation of a series that made TV history. Not that the buffoonery was necessarily Odenkirk’s fault. The writers just gave him that kind of glib, slickster thing that always kind of felt like a put-on. And perhaps that’s why Vince Gilligan decided that his character was one worth investigating.

And the odd thing is that despite Saul being kind of a goofball in Breaking Bad, this series is somehow darker and more serious than the original. More serious and more sad, as we see the making of the man, who despite being what appeared to be a competent and earnest lawyer in Breaking Bad, just get shit on over and over again by friends, family and life. A man who started life as “Slippin’ Jimmy,” a nickname afforded him because of his conman ways. A petty criminal whose life of crime comes to a crashing end due to an understandable shenanigan called a “Chicago Sunroof” perpetrated against a man who supposedly stole his wife (speaking of getting shit on). And in swoops his big lawyer brother to bail Slippin’ Jimmy out and get him a job slinging mail in his firm’s mailroom many states away from his native Illinois in the now familiar desert nothingness called New Mexico.

This legal scare and subsequent metamorphosis into the earnest, hard-working Jimmy McGill — who the head of the law firm calls “Charlie Hustle” — is where we drop in on his story. He’s a mailroom guy whose taken the initiative to go to night school, get his law degree and pass the bar, all in an attempt — or so it seems — to turn his life around and make his brother (played by Michael McKean) proud. Though it seems, once you’re Slippin’ Jimmy, it’s really difficult for anyone to forget. So while he sees himself as this new man, a legit lawyer in good standing, life will always not be on his side because he is what he is. Gilligan continues his penchant for placing his characters in cars that really connect his characters to their vehicles, this time placing Jimmy in a beater of a Suzuki Esteem, which really could not have a more apt name for a character who had absolutely none outside of the one woman who really knows him (an old colleague turned lawyer, Kim, and his old partner in crime back in his hometown of Cicero, Marco. Those two, the people who seem to recognize the goodness that we as the audience also recognize in him, are the ones who hold him in high esteem. As do his elderly clients, with whom he has created a report in the way that kind of cements him as a pretty solid guy. Along with his undying dedication to his brother, despite the toll it takes on his life. His brother, who can’t leave his house due to his sudden onset of electromagnetic hypersensitivity, and to whom Jimmy brings supplies and a laundry list of sundries to on a daily basis, while still maintaining his job. His dedication to said brother ends up being his downfall, however…

So the show itself is obviously immaculate in its production and is amazingly well acted by all parties. Even Mike Ehrmantraut (Jonathan Banks), Jimmy/Saul’s eventual bag man gets his own episode, which kind of mirrors the sad and lonely existence of Jimmy’s and shows us why these two men, despite a rough start to their relationship, end up becoming so intertwined and dependent on one another later on when we see them in Breaking Bad. Setting the show where they have, it almost seems like a perfect non-background background to let the characters really shine through. An almost white room in which these amazingly complex and broken people can operate without the distraction of anything other than beige behind them. Even Jimmy as Jimmy seems to take on his surroundings, melding with the furniture and just kind of slogging through, letting the wind blow where him where it may. Following the letter of the law in a passive and somewhat banal way. Whereas Slippin’ Jimmy was always in control and always the puppet master of any and all situations, Jimmy McGill, even as a lawyer, is pushed an pulled by forces greater than himself and easily bends to their will. Until the end that is. And this is what we have to look forward to in season two, as he makes it pretty clear in the end that he is no longer Jimmy McGill, the guy who puts up with shit. He’s losing that persona, the same way he did Slippin’ Jimmy and becoming a new man with a new path in which he’s in control and he’s the one whose making the rules and making the calls as Saul. Saul Goodman.