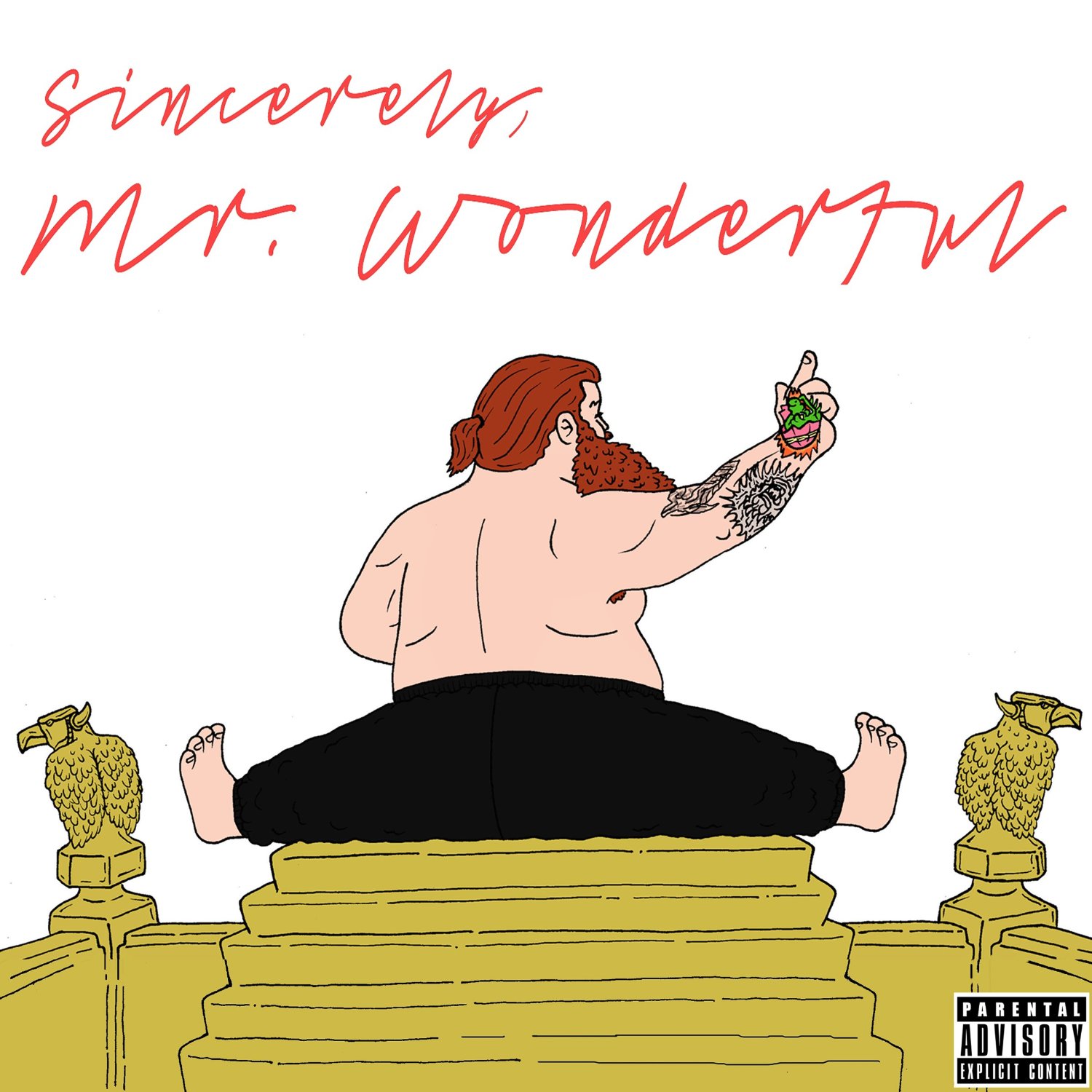 The man is like the Chris Farley of rap. On second thought he’s more like the John Belushi of rap. And it’s not just because the man loves Italian sandwiches (lots and lots of them) but because there’s more to him, more under the surface, than just the fat, smirking guy. Sure he’s hard to look at with his giant ginger beard, XXXXL t-shirts and the now ubiquitous tats, but the man can not only rap like a stoned, white Ghostface, but can apparently cook the shit out of a nice Mediterranean meal. He also expands his sound quite a bit on this, his major label debut, showing range that he hinted at on his mixed tapes, but now apparently has the budget to execute. Live instrumentation, including drums, guitars and organs and a bunch of presumably purchased jazz samples pepper the tracks with a laid back vibe that melds with his almost loungey approach to hip-hop with his off-kilter singing and buttery rapping. Despite being laid back, he still has the swagger (however seriously you take it) of a man who is clearly not gorgeous, by continuously refers to himself that way. The perfect track for me that really sets the dude up is “Actin’ Crazy.” He kind of encapsulates everything about him as a person and him as an artist. It’s a dope song.

That said, his stuff is definitely too quirky for the radio, and he doesn’t seem to be aiming for Drake or Kanye territory, but is satisfied being the funny guy from Queens who can fund his cooking classes with his record advances. Though he does have what amounts to an old school Funkadelic song that involves no rapping called “City Boy Blues.” And, honestly, it could have been way worse. That followed by a Party Supplies track and one with Chance the Rapper called “Baby Blue,” which has the best chance to get some mainstream play. Either way, both, despite being tracks eight and nine, are two of the stronger tracks on the album. Props to him for not front loading the album. He does go a little haywire at the end, as the production skids a bit off the rails (and there’s an inclusion of a terrible live track, which is always odd), though he does redeem himself on the final track, “Easy Rider,” as he rides his Harley into the sunset — or at least to the closest Italian deli.