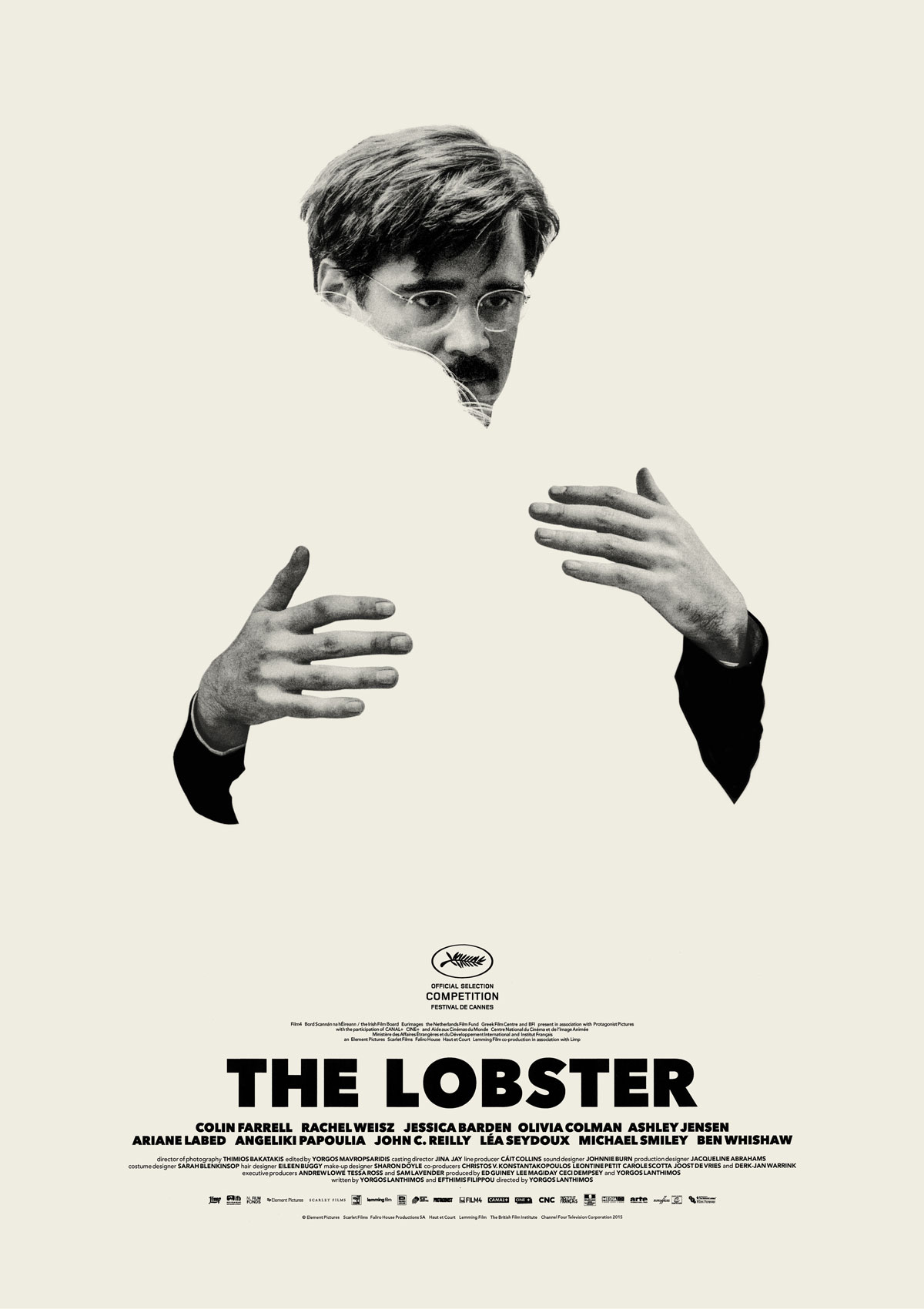 Look, I knew The Lobster was going to be a weird hang. I knew it the second I saw that crumb catcher gracing the upper lip of an oddly squishy Colin Farrell on the poster. Then I got the one-line, grand conceit of the film itself (from IMDB): “In a dystopian near future, single people, according to the laws of The City, are taken to The Hotel, where they are obliged to find a romantic partner in forty-five days or are transformed into beasts and sent off into The Woods.” I mean, this is so super-high-concept / super-low-concept at the same time that it kind of defies definition. It’s a really, really simple concept that in its simplicity and oddness will probably turn off 90% of those even pitched it. To me, of course, I couldn’t wait to see what the hell they’d do to pull it off.

So we’re just thrown into the world of The Lobster. There’s not a whole lot of context about the world, exactly what year it is, what has been going on in society to get to this place and, really, where or when the hell we are. In fact, there’s very little backstory at all given about our protagonist, David (Farrell), at all. Not even a last name. We just know that he is awkwardly stiff, formal and a bit robot-like in his cadence and approach to just about everything. The only real info we get is that he enters The Hotel because his wife has left him, dooming him to be newly single and on the clock to be turned into an animal if he can’t find a match within his allotted time. The other item of note is that he enters The Hotel with a dog. The dog being his brother who “didn’t quite make it.” Otherwise, he is assigned a “defining characteristic.” His characteristic is that he wears glasses. Literally, that’s it.

In his indoctrination and assimilation into his new surroundings, he meets other singles, each with his or her defining characteristic that is supposed to help pair that person with a mate. One guy friend, Ben Whishaw, has a limp. Another, John C. Reilly, has a lisp. One woman that we meet has frequent nosebleeds. The Hotel itself feels like an oldey-timey Poconos resort, and the bizarre staff like some sort of cotillion cult or bizarre air-safety play. The whole thing feels like a bit like a Wes Anderson movie on acid. Our characters spend their short life in The Hotel either trying in vain to find a mate with a matching characteristic or faking it as best they can in order to avoid being turned into a turkey or a marmot or whatever. I can’t really go into the details of the plot, as it’ll ruin what I guess you could call a major development that forks the narrative quite a bit, but suffice it to say that this thing pulls a bit of Full Metal Jacket of sorts, creating a pretty defined line between the first and second halves.

The thing is, this movie, as I mentioned up top, is incredibly divisive. There will be people who absolutely hate it. Like hate it, hate it. I am on the other side of the fence, however, taking some time to get used to the stilted dialogue and the Ambien dream of the whole thing, but I ultimately came around to its weirdness and absorbed its message that society tries its hardest to force us into couples, sometimes based on things as artificial and surface as what TV shows we like or if we enjoy jogging. The overt take away is that single people, un-coupled people, are useless in our society, as random and disconnected as a beast of the woods. So we force ourselves to be happy with people that we have no true connection to because those seem to be the rules. It’s dystopian and odd and it’s one that sticks with you because it’s not a stupid superhero movie where NYC blows up and giant space worms take on dudes in tights, but a thoughtful and quirky parable about a put-upon segment of our society that has no champion.