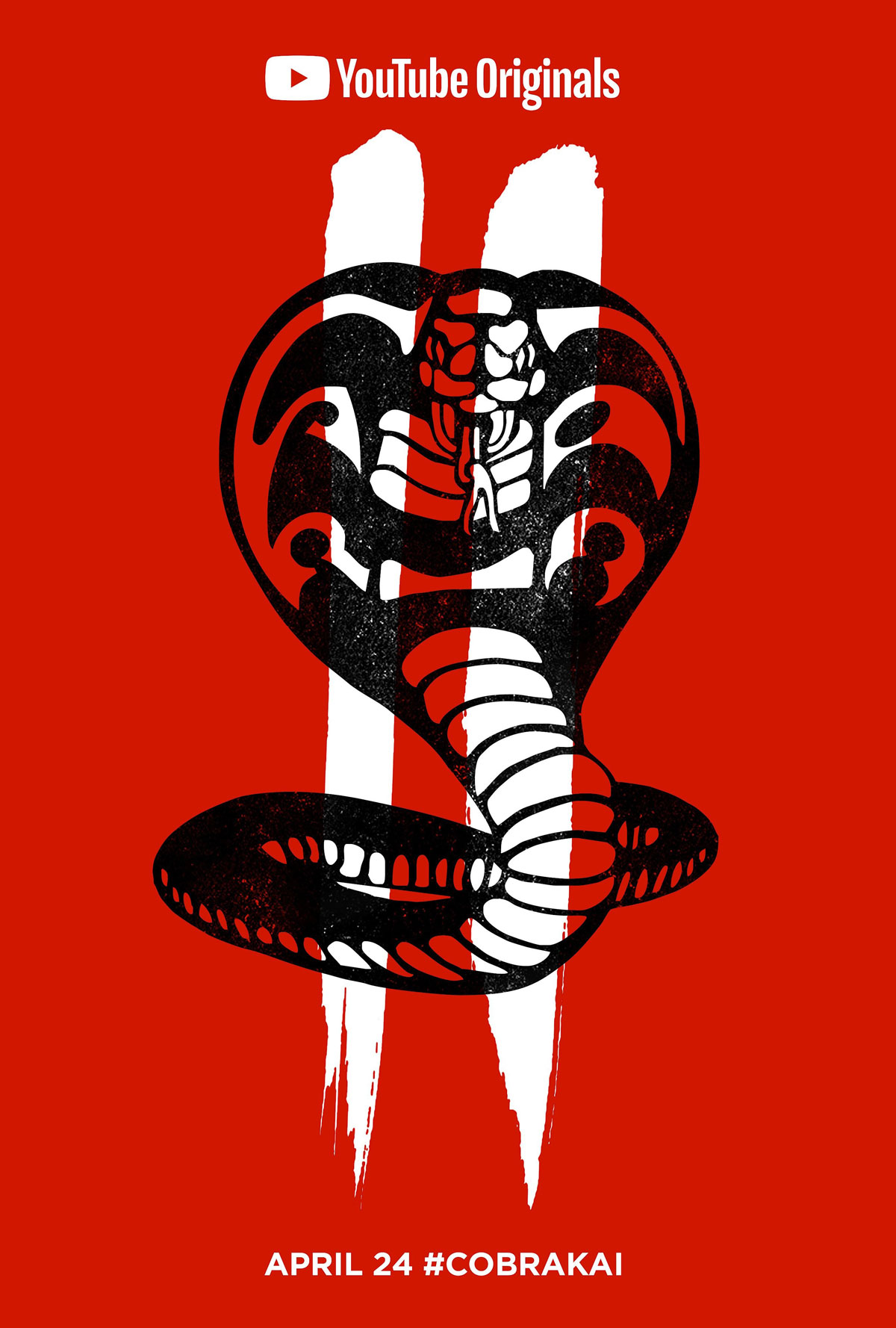 I own an All Valley Karate Championship t-shirt. It’s probably my only t-shirt that references some old piece of media. But, to be fair, I also spent the first ten years of my life in The Valley. Sherman Oaks, not Encino or Reseda. And in the hills just on the valley side of Mulholland, not the actually valley valley. But it was technically the valley nonetheless. Shit, I spent so much time at The Sherman Oaks Galleria I got like a special Sega Center card. And, of course, I loved The Karate Kid. Because every twelve year old in the US did. Except for Ms. Hipster, it seems.

I know this because as I watched Cobra Kai in all its tongue-in-cheek glory, the Ms. wandered in and out and asked on several occasions, “What the hell are you watching?” Because she, not understanding what this show is trying to accomplish, assumed that all the overwrought dialogue and, frankly, the sometimes over-the-top acting about fucking karate was a serious endeavor. And not the winking, almost camp-y, experience it’s supposed to be.

Why, you may ask, do I think this series isn’t meant to be realistic? Because in this universe — this universe that seemingly lives in a very large swath of land in the gigantic landmass that is Los Angeles County — people actually give a shit about karate. Let me be clear about this: people didn’t really care about karate in the 1980s, but as much as they did, they care about it about 1/1,000,000th as much in 2019 when this show is taking place. There are not groups of high schoolers split into groups based on their loyalties to strip mall dojos. Karate never has been and never will be cool. The popular girls will not go for a loser because he’s good at breaking boards. It’s not a thing. But in the Cobra Kai universe, everything revolves around the ancient art of kicking shit.

Now, that said, the series is pretty fun. It’s always a great time revisiting old characters who on the surface may have seemed pretty one-dimensional, but were written to be a little more complicated than they appeared at first blush. Daniel LaRusso (Ralph Macchio) and his serious anger issues is back. Johnny Lawrence (William Zabka) with his deep-seated inferiority complex is also one of our main characters. And, boy, do those two hold a grudge. Even 35 years later. Even though their fortunes have definitely changed. Because of the funhouse mirror world where the movie character Daniel LaRusso seemingly has the same name/face recognition as the karate champion Daniel LaRusso. It’s this weird self-referential loop in this closed universe that you just have to go with. Because absolutely nobody knows who won the 1984 All Valley Championship (or cares), but everyone knows who Daniel LaRusso is because he (or, more correctly, Macchio) was in a beloved 1984 film called The Karate Kid. Right?

Anyhow, Daniel has parlayed his meta-fame into a chain of successful car dealerships. Where he “kicks the competition” and gives out bonsai trees with every purchase. He has a hot wife and a couple kids in a large house in Encino. His son is a little weird and seems to have only been hired to occasionally throw out some laugh lines or walk by in the background, but his teen daughter plays a larger role. Johnny is a divorced, down-and-out drunk handyman, estranged from his teen son and living in a dump in Reseda. Holy changing places! Through some whatever we find out that Johnny wasn’t the rich popular kid we knew him to be and that Cobra Kai was his salvation and John Kreese (Martin Kove) his true father figure (despite trying to strangle him). Apparently Ed Asner was his rich, abusive step father the whole time! The character seemed a little anti-semitic to me, but what the hell do I know?

Through some rather nonsensical fortune, Johnny’s life crosses with Daniel’s. And they move into each other’s orbit, once again, when Johnny manages to reconstitute the Cobra Kai dojo in some junky store front. Daniel (and his anger management issues) decides to ignore all his success in life and make it his job to destroy Cobra Kai. One element of this involves opening his own dojo at Mr. Miyagi’s old house, Miyagi-Do. Thing is — again in this weirdo world — Cobra Kai is “kick-ass” and cool and preaches the whole “strike hard, strike first, no mercy” thing. Which to teenagers is way cooler than sanding some dude’s floors and painting his fences. Ultimately the whole show becomes this inversion thing. Where the bullied become the aggressors and the bullies become something else. But who is truly the bully?

There’s also a whole thing about fathers and sons, fathers and daughters and what makes a good or bad mentor. Life lessons and whatnot. But over time we see the hysterically out-of-touch, Trumpian Johnny soften when his old sensei comes back into his life and reminds him that maybe being a total and complete dick isn’t the way to live life. And we see the softening, settled Daniel try to reclaim some of that fire that once made him a champion. There’s a ton of very TV conflict thrown in there, but the writers do a very good job of not sinking into melodrama and keeping the series grounded in this silly notion that Los Angeles is a small town in Nebraska and everyone knows everyone and karate is the connective tissue for everything in life. If only it were that way.

Look, if you were a fan of the original Karate Kid and at least the first sequel, you’ll really have a good time watching this series. Even if you like things like The O.C., you might enjoy some of the twists and turns in the teen drama. If you liked both, you should be in heaven. Now, if you didn’t really dig the original film or are too young to have seen or appreciated it, this show might confuse you a little bit. Like if you watched something like The Expendables 2 without understanding that all those dudes used to be big action stars back in the day, but are kind of ironically back in the game as older dudes. It just might not click as a stand-alone piece without the context of the insular world of The Karate Kid. Where, after all, one crane kick (pre-YouTube) could make you a millionaire and another dude a bum.