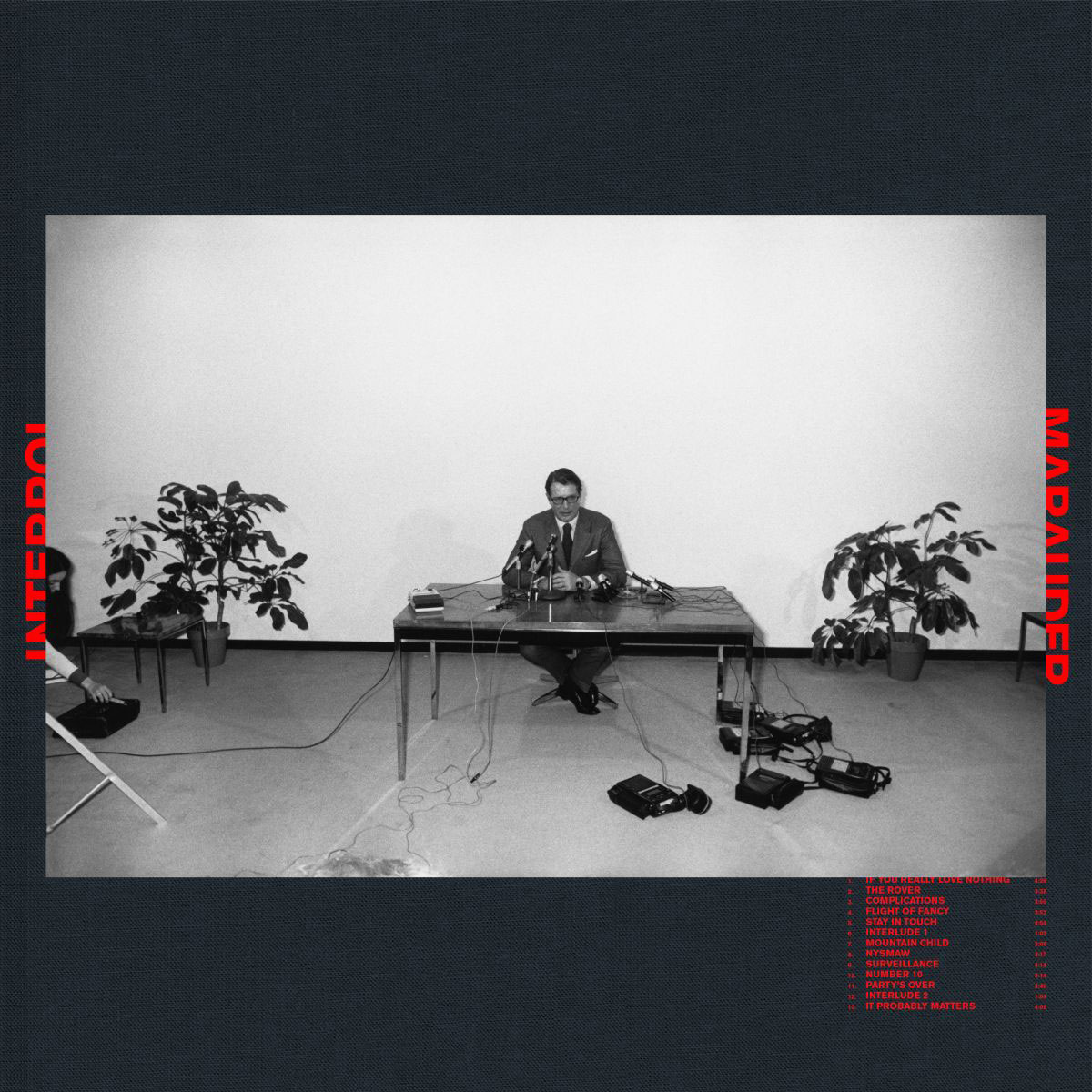 I will say with complete certitude that this is the last Interpol album I will ever review. They are a band that meant something to me for (generously) three albums, but have since fallen off a cliff and have almost become a photo negative of themselves. Where I once praised them for their clean, precise production and post-punk starkness, they’ve spiraled into this noisy reverb hole that seems to mask things rather than enhance them. And I just don’t get it.

Let’s start with track one, “If You Really Love Nothing.” It’s a pretty typical Interpol track and could have actually been decent — if the band didn’t sound like they were playing it from the bottom of an echoey well in a Robitussin haze. Instead of being sharp and angular, the whole thing is muddy and unnecessarily filled with reverb. Same with track two, “The Rover.” The verses could be this taught, driving post-punk song with clean ins and outs of the chorus, but it all kind of ends up tripping over itself and draining any kind of dynamics out of it as it drowns itself in pools of weird production choices. It ends up sounding like a semi-okay 12 Rods song. The album continues in this vein, song after song sapped of its immediacy by a detached aesthetic that used to be their thing, but now just sounds tired.

And, look, maybe I’m just being extra-harsh because I used to really like these guys, but I think their time has come and gone. Even with them bringing on Dave Fridmann, whose production kills when he’s working with rock weirdos, The Flaming Lips, but clearly worked against them in this case. Gone is the awesome rhythm section that used to propel their songs, essentially replaced with nothing, which is why there just doesn’t sound like there’s any bottom or structure to their songs. In fact, I think original bassist, Carlos D., left the band after their third album, Our Love to Admire, which happens to be exactly when I started souring on the band. Maybe there’s a connection, or maybe there isn’t, but this sixth album kind of marks the culmination of the second half of their discography, which is markedly weaker than the first half.

Ultimately the album is unremarkable after the first couple of tracks, falling into this middling kind of woe-is-me thing that really doesn’t distinguish itself in any way. I know lead singer, Paul Banks, has his side dalliances (including some rap!) so maybe he’ll go away after this and either reimagine what Interpol will become, retire the brand or just kind of continue putting out samey-samey stuff until someone makes the decision for him.