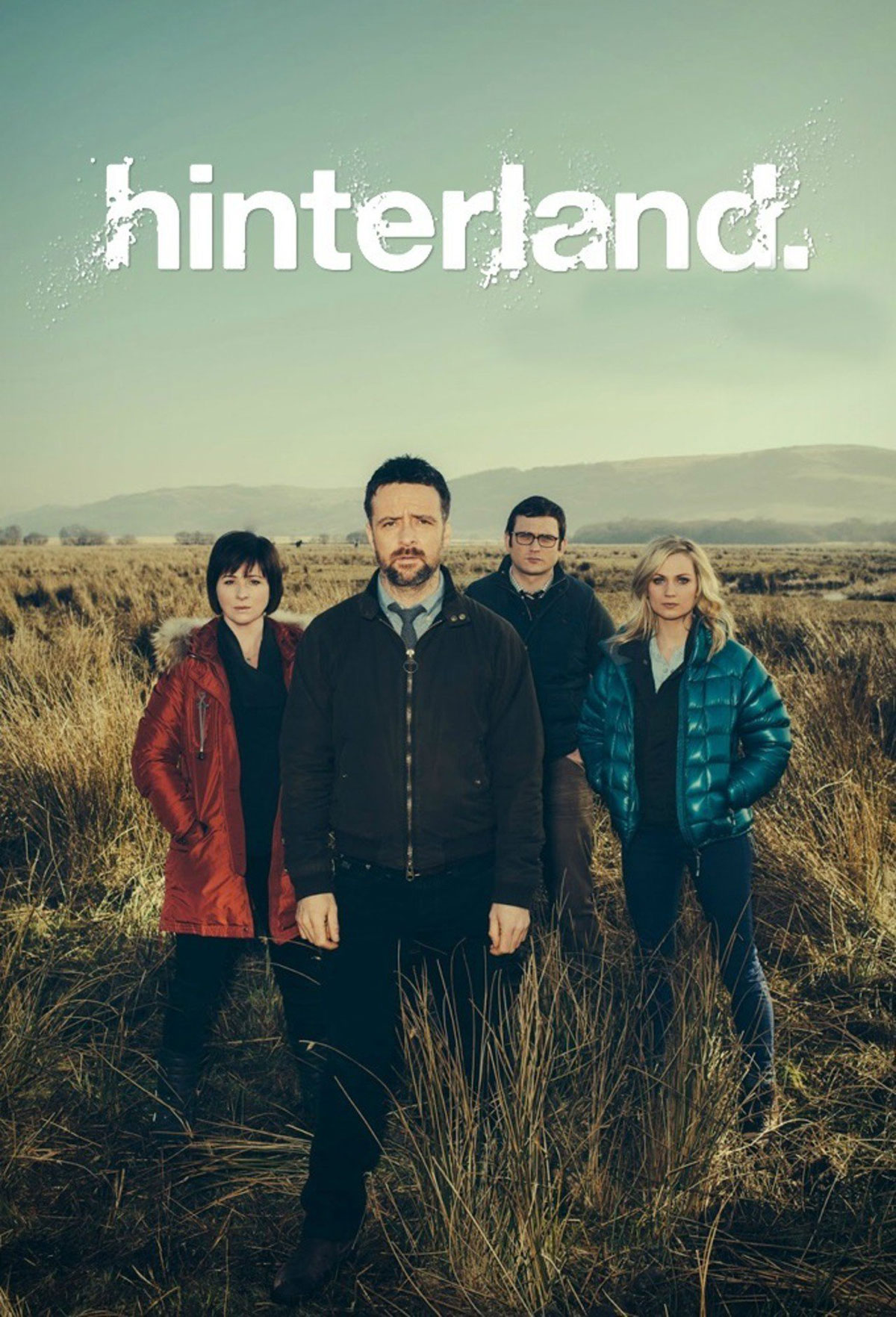 Wales, my fake homeland. What can I do other than to thank Grandpa Hipster for giving me this fake Welsh name instead of the ugly German-ish (by way of the Ukraine) one I would have otherwise been born with? But, unlike me, Hinterland is Welsh through and through. In fact, it’s so Welsh, there is actually a version of the show in Welsh (the title being Y Gwyll) that is exactly the same as the English version. They literally filmed every scene twice: once in English and once in Welsh. Beth mae’r uffern? I honestly had no idea and have no idea why they’d go through that, but apparently there are enough people who speak the mother tongue that they can get an audience for both versions.

Hinterland joins many of its UK brethren in the child murder and gloomy weather category of television making. I suppose the second attribute is just a matter of working with what you’re given. Though I’m not sure what the obsession is with dead kids. Perhaps it just layers on the sorrow and bleakness. To be fair, there are plenty of dead adults too, but at the center of the show is a dead daughter. The dead daughter of our main character, DCI Mathias. And, like so many of our main cop characters in these shows, he’s haunted by the one death he couldn’t prevent. To grieve, or to run away, he leaves London to take a job as a detective in the Welsh countryside. He’s clearly damaged and bringing a whole lot of baggage with him to the new gig. It does seem like an odd choice for someone trying to get over the depression of losing a child to escape to what feels like the loneliest place on earth, filled with wind-swept, barren grasslands, craggy rocks and what seems like 100% humidity always. Like jacket weather year ’round. Not to mention that he’s escaped to a tiny town that seems to have at least a murder a week. Honestly, there are more homicides in this town than Chicago, Detroit and St. Louis combined. It’s unclear why at some point someone doesn’t call that out and wonder if perhaps it’s an epidemic.

The interesting thing about the series is that it’s both episodic and serial. I supposed that isn’t that interesting, but in the times we’re in, it seems less and less shows have decided to go with the “murder of the week” approach and instead do the eight-episode serial approach that focuses on just one crime and not a series of smaller ones. There is definitely a through line across both seasons, mostly revolving around Mathias’ deteriorating psyche and personal life, but each episode essentially starts off like a Law & Order episode with a dead body, Mathias and his female partner, DI Rhys, walking onto the scene and being handed rubber gloves by one of their detective underlings. And then the procedural begins, though they never (even in episodes that all last a little more than an hour and a half) actually get to the order part of the law and order. See, in almost every case, the guilty party just can’t hold back from blurting out his or her guilt. Maybe it’s Mathias’ sad-ass face. Maybe it’s Rhys’ sad-ass face. Whatever it is, there’s a very Occam’s razor approach to the murders, where the person who it generally makes sense to be the murderer turns out to be the murderer. Kind of makes you wonder why we waste the 90 minutes going through the paces. And the paces are almost always exactly the same: Mathias asks everyone where they were when the murder happened, there’s some historical backstory that ties the murderer and the victim together. And all the while Mathias drives around long stretches of nothingness in his Volvo and then ends up either running toward or running away from something or someone. He’s always running, of course, because none of the cops carry guns. Which seems kind of insane considering there are so many murders in this damn town.

I honestly have a hard time saying I actually enjoyed this show. I mean, it’s tough to actually “enjoy” anything this bleak. Everyone on the show is sad. The surroundings are somehow always dripping, but also seemingly dry and dying. It’s always windy and Matthias’ face looks like if Topher Grace never got the That 70’s Show gig and instead has been tending bar in a dark, shitty Dublin pub for the past 20 years. There are lots of lingering shots of abandoned countryside and all the houses are drab and seemingly built for elderly Hobbits. Men also cry a lot on this show. And women. But mostly men. And they tear at their chests and all sorts of dark family shit goes down. And there’s a lot of naturalistic sound, which generally includes flowing water, wind and lots and lots of silence. It’s a seriously tough hang for my American sensibilities. It does make you wonder, though, if perhaps there’s a reason these shows don’t necessarily appeal to Americans in this day and age. In this time when there is a creeping malignancy in the bloodstream of our country, maybe we need something a little bit less wrenching.