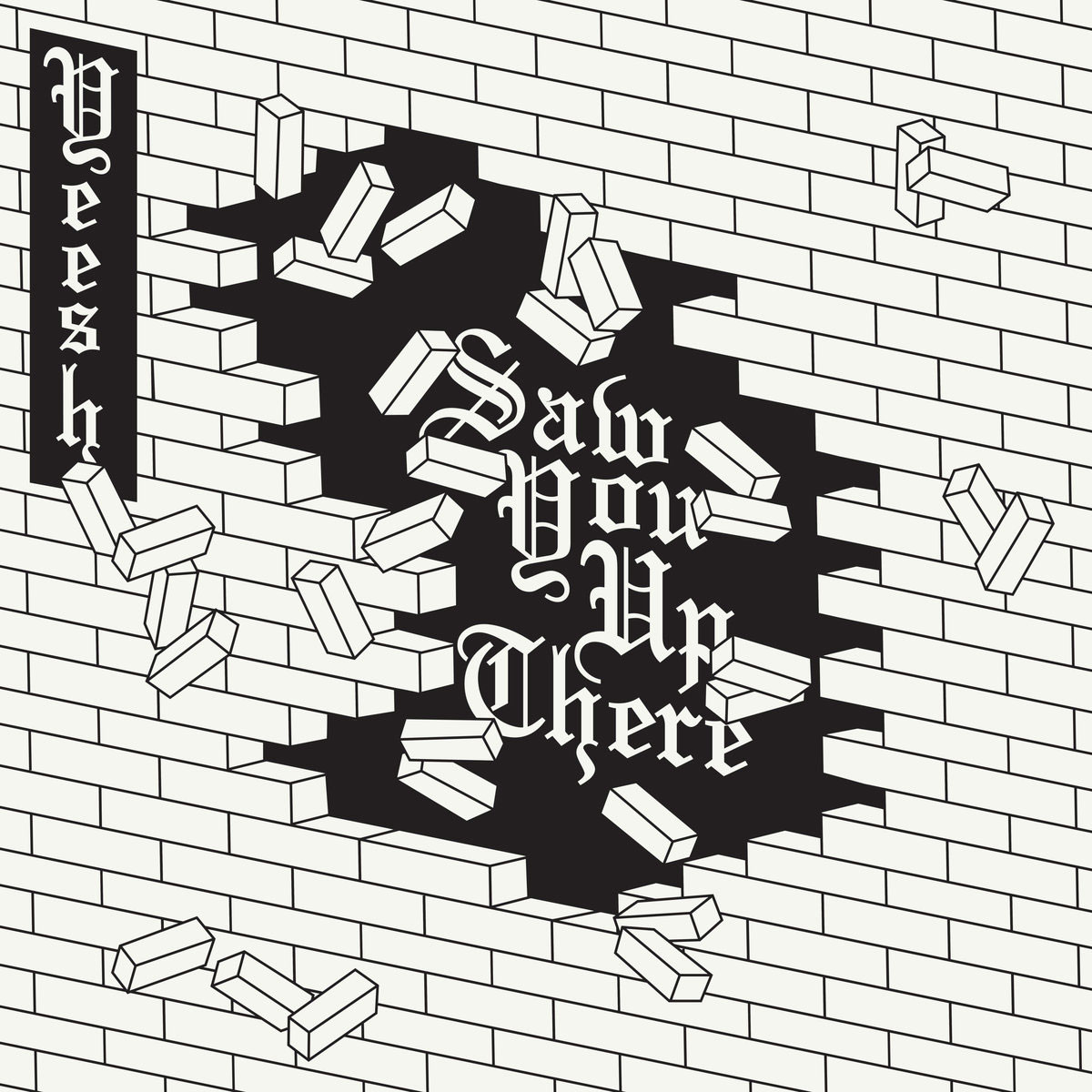 Yeesh: Saw You Up There

Apparently Yeesh has already broken up. And this album, Saw You Up There, is their last, posthumous release. So if you’re looking for live dates or even a music video, you’re out of luck. Granted, most of you reading this are probably looking for neither. Growling post-hardcore, punk music just doesn’t have the cachet it once did. If it ever did.

I always feel like this post-hardcore music starts with the Fugazi base and then just kind of goes from there. You know, you can lean more emo or go more pummeling and relentless. Or like more math rock or more grunting caveman. It’s all kind of a modulated version of the same combination of aggression, unnerving yelling or “singing” and a pinch of rhythm section onslaught.

Yeesh does follow this model pretty closely. I wouldn’t call their music tuneful in general. You’re not going to get a lot of hooks or much melody. It’s all about sonic resonance, I guess. Or at least that’s kind of the feeling from the get-go. But as you kind of peek under the hood, the band’s penchant for little playful guitar breakdowns and more definitive musicianship show up. But mostly the music just sounds sinister.

And as much as I should like this stuff — and there are elements where they threaten to make an actual thing that sounds like an actual song — I have trouble overcoming my displeasure with the gnashing atonality of it. I don’t demand much of my singers, but when it feels like you know the note they’re trying to hit, yet they don’t quite hit it, something in my brain makes it unpleasant for the rest of my person. The thing is, it feels like they have it in them. The penultimate song, “Just Shy,” is literally just shy of a really decent little song, with song structure and everything. It’s actually pretty enjoyable.

And then the last song on the last album they’ll ever put out, “Victory Lap,” is by far the most cogent and best song. It reminds me of Archers of Loaf or Silkworm or any number of slightly twangy classic indie rock songs. It’s actually a cool song that, if it matched the rest of the album, would probably make me way happier. I understand why they’d have a track called “Victory Lap” be their final song, but it seems they quit right when they were getting good.