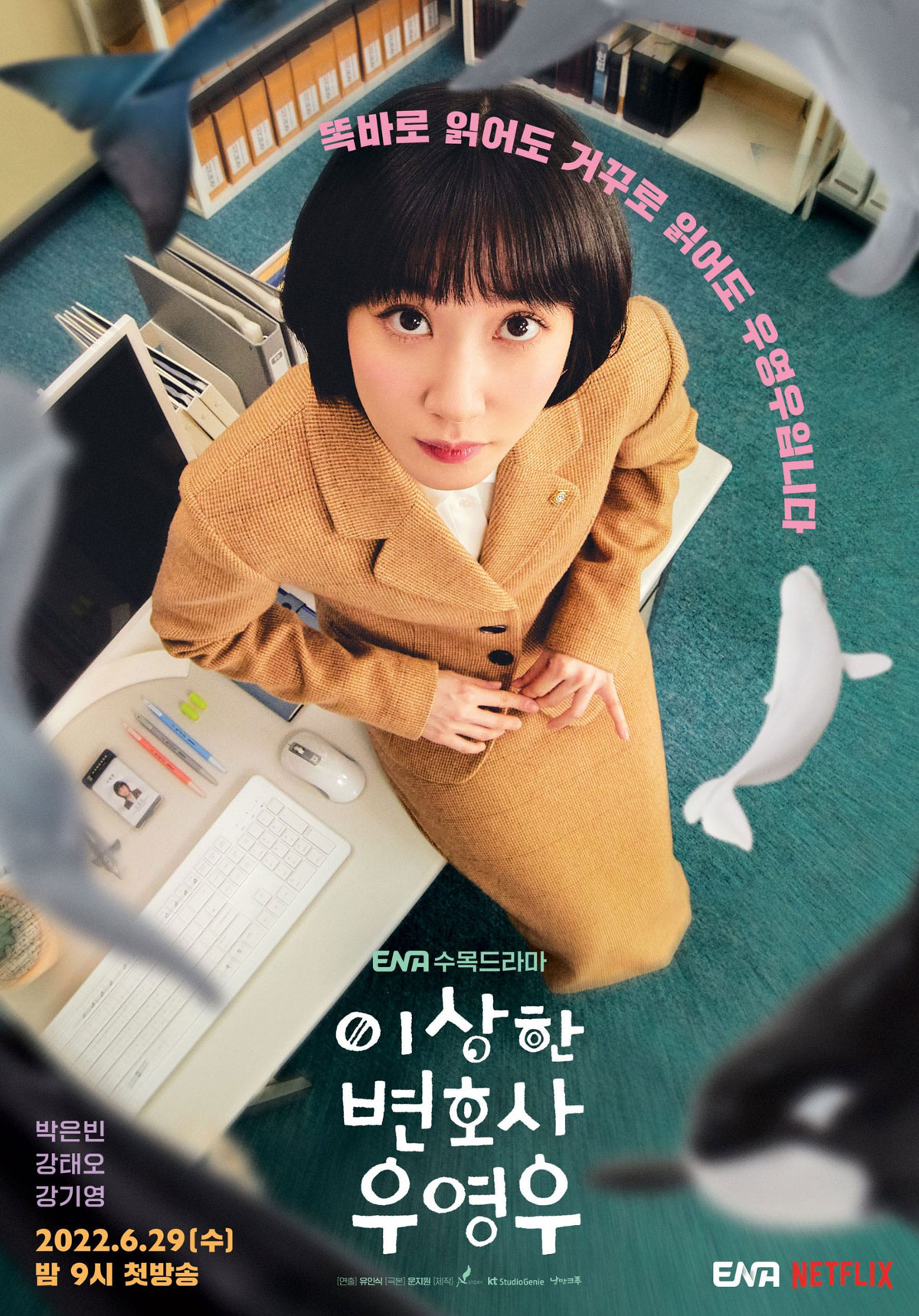 This was another Hipster Jr. Jr. special. We have openly mocked the garbage acting and writing in The Good Doctor, a show about an autistic young doctor who talks like a robot and looks like an overgrown elf. Yet somehow this Korean show about an autistic lawyer rated. Perhaps it’s because this starred a young woman. Perhaps it tracked a little more comedic and etherial than the ABC melodrama. And maybe it’s because of her general obsession with anything Asian. I can’t even begin to tell you how many female K-Pop music videos I’ve been forced to watch. Anyhow, Extraordinary Attorney Woo had all the earmarks of a show she’d like. And she did.

If you’ve ever watched American television, this series will seem incredibly… simplistic. The writing is pretty stilted, every scene is filled with awkward exposition, which is repeated almost every time a character enters the room. We are reminded of Attorney Woo’s (which, by the way, is how she’s addressed by everyone, even her boyfriend) credentials as an attorney every time she’s introduced to a new character. Like literally we are read a litany of her amazing university creds and the fact she’s the “first” autistic attorney. It’s weird. There are also these rules when it comes to K-Dramas. As Hipster Jr. Jr. has informed me. Not only just cultural differences between the US and Korea, but actual “you can do this,” “you can’t do this” standards of the Korean television industry. Apparently men can’t show nipples. Woman can’t show belly buttons. There can’t be open mouth kissing. I don’t know, it’s stuff like that. Needless to say, the love storylines are super-chaste. Which, again, is weird. It’s not as if the actors and their characters aren’t consenting adults. And this isn’t a kids’ show; it’s made for adults. Yet their courting and feelings and dating feel more like teenagers in the 1950s. Or like an idealized version of it. Odd.

In terms of the show’s titular character herself, Attorney Woo, she is kind of the attorney version of House. Her autism helps her to solve seemingly unsolvable cases. Things just dawn on her in a blast of whale images, and suddenly she can circle some obscure passage in the Korean law codes in her head and use it to win for the firm’s clients. Meanwhile, she is an awkward specimen who runs like she’s had both legs broken, can’t pick up on social queues and is always saying things that make her co-workers roll their eyes to the ceiling. Most of her co-workers support her in her weirdness, but others seek to undermine her and what they perceive as preferential treatment because she’s special. One dude in particular is especially mean and dastardly about it, yet seems to be welcomed back into the fold each time one of his schemes doesn’t work out. Seems another one of the rules is that some turmoil is acceptable, but only so much. Except when, for instance, one client kills himself in the courtroom. It’s completely out of left field in this otherwise very PG-rated narrative. Maybe they’re allowed one suicide a season, but otherwise things need to be very cordial.

Otherwise there are some familial narratives running in the background around Attorney Woo. Some romance between Woo and another worker in the office. And some drama around the head attorney of the firm and some health issues and a ramen restaurant. It’s all very nice-nice by today’s American TV standards. Ultimately, it’s a courtroom procedural with some comedy flourishes in the vein of an Ally McBeal. Generally each week there’s a new case that the firm at which Attorney Woo works takes on. Sometimes they’re related to one another. Sometimes not. But each week it seems like the team has hit a dead end, until the wind blows, whales breach and Attorney Woo goes all A Beautiful Mind and comes up with a winning strategy. While twiddling her fingers and rolling her eyes around. It’s honestly hard to tell if the actress, Park Eun-bin, is doing a good job with what is probably a pretty delicate dance. Though, she’s adorable and memorable. Hipster Jr. Jr. tells me that the autism forums were pleased with her portrayal. I’ll take them at their word.

The series is kind of twee for my taste. It’s a combo of the light touch in the narrative, the cutesiness of the visuals and the stilted, over-explain-y dialogue that made it just a bit too child-like. They did lean into a couple more, uh, adult themes, but generally I think this is a series pretty perfect for a young teen. I’m about 100% positive I’ll be asked to watch the second season — and I’m sure it’ll be a not entirely unpleasant event, just like the first season — but there are so many other adult entertainments that I would otherwise be exploring.