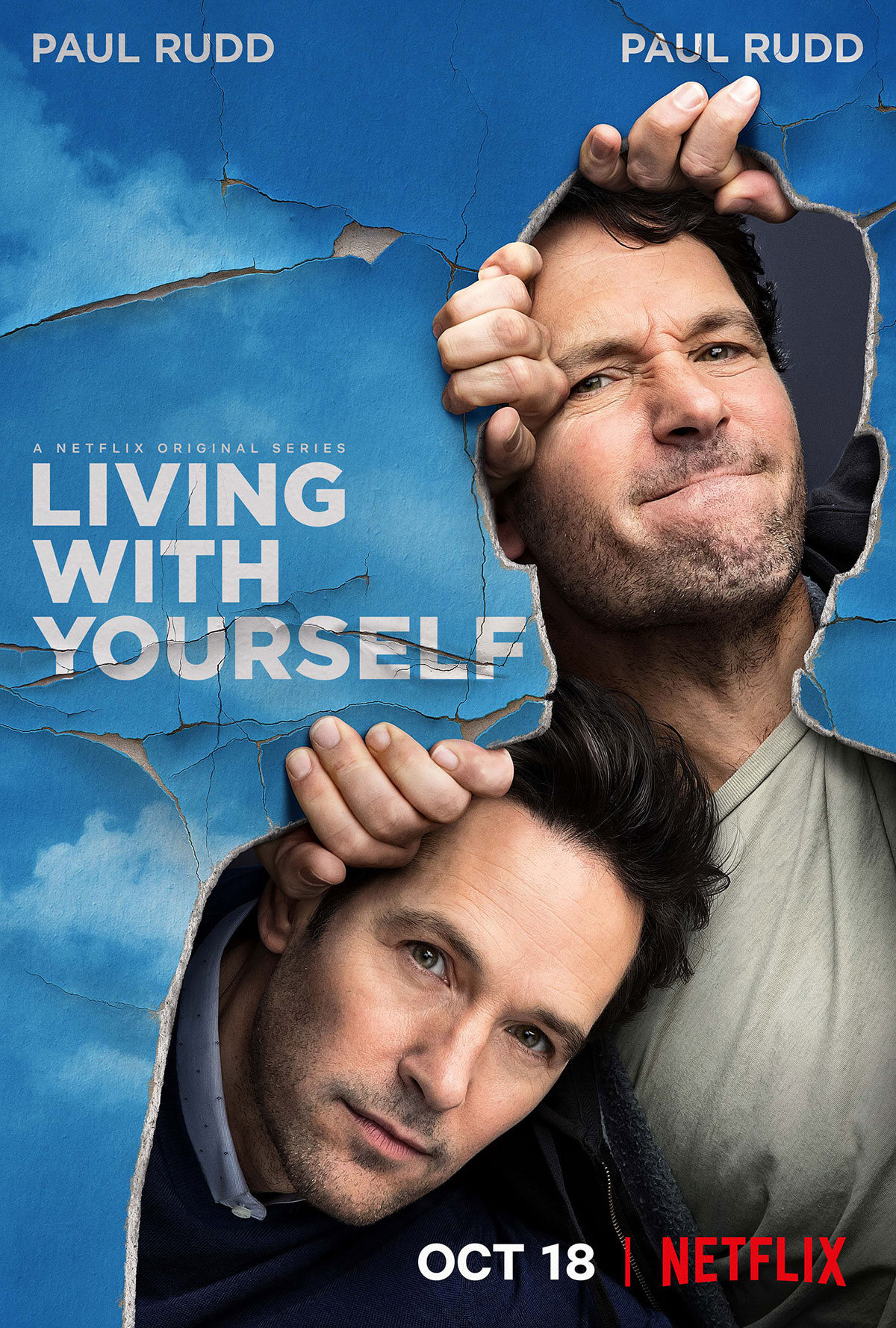 Living With Yourself: Season 1

Sometimes even prayer can’t make a bad thing good. It can’t save garbage from being garbage. And then along comes Paul Rudd and you’re like, “Oh, he’ll turn this trash into something useful.” But then even he can’t get blood from that stone. Can’t make bacon of that lipsticked pig. Can’t shine that turd. And you know when you’ve lost us, even with Mr. Rudd in the mix, that your property might have some issues.

Such is Living With Yourself. A strange amalgam of the book Dark Matter, the quite awful film Multiplicity and a dash of the super-awesome film, Eternal Sunshine of the Spotless Mind. It’s all of these things, but with a tone that is somehow both depressing as hell, not funny and embarrassingly stupid all rolled into one.

Here’s the plot. Miles (Rudd) is a former writer and current ad agency idea man in one of the more rural New York counties north of New York City. He’s in a rut. And I know that writers never (ever) write about writers in a rut, but stay with me here… Because his writing is in a rut, he too is in a rut. His wife wants a baby. He kinda doesn’t? And you know why? Because Paul Rudd is fifty fucking years old! Yes, what fifty year old man is still contemplating children with his first wife, or on the fence? I’m tired of this trope. Tired of it. By this age, this man would know what he wants. Did he live his first fifty years flip-flopping? Granted Aisling Bea, who plays his wife Kate, is 35. So what the hell has been going on? Was he previously married? Have they been dicking around for ten years since they married when he was 40 and she was 25? Unclear, despite it being a major component of the show. To that point, I think we’re supposed to believe Rudd is 37. Look, guys, we all get that he looks good. But, c’mon.

Anyway, he’s in a rut. So he’s at his fake-ass ad agency (because 90% of screenwriters have no clue what ad agencies are actually like and write them all the same) and his dumb friend/nemesis is all of a sudden full of great ideas. Conversations are had, he withdraws more money than I imagine he’d actually have and goes to an Asian spa. That spa is supposed to rejuvenate him, but it actually clones him. There are some Tom Brady jokes in there that are one of the few funny things in the series, though they’re short-lived. The “spa” fucks up and his original version ends up not dead like he’s supposed to be. So now there are two Mileses running around.

The setup feels super familiar as the actual Miles watches his cloned self be better at everything. Including being a better idea guy, a better husband and a better friend. The conceit isn’t terrible — if not remotely original — but the tone of the show is all over the place. Mostly in the shitter. It’s a terribly depressing and unfunny place to be. You can tell when the scriptwriters realize they’re getting too dark and too repetitive and try to liven it up with some sight gags and physical humor, but that just comes off as amateurish. Or the equivalent of those old 3-D movies where dudes keep thrusting swords and stuff at the camera because they know the thing is gonna be in 3-D. And, yes, the seamlessness of two Rudds in one scene is a pretty impressive technical feat, but I think the pitch of “double-the-Rudd” doesn’t hold up over eight thankfully short episodes. It bogs down pretty quickly and never really pulls itself out of the thick, thick mud.

I’d be super-surprised is there’s a season two of this thing. It’s not a pleasant watch. It’s not even really an entertaining watch. And when you have two Rudds and you can’t even make that work, it’s a sad day indeed.