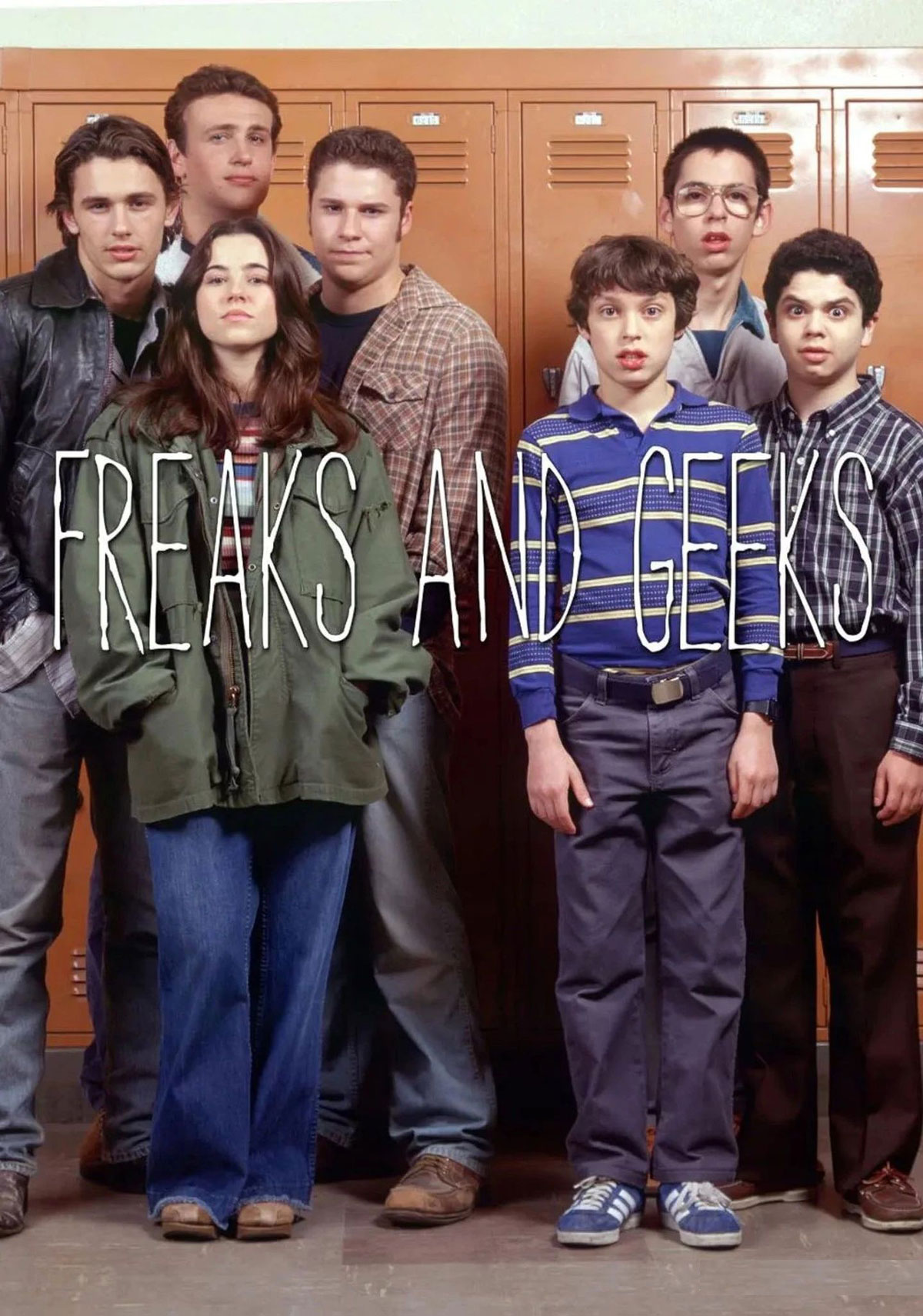 It was a simpler time back in 1999/2000 when Freaks and Geeks graced the small screen. Especially due to the fact it reflected the even simpler time of  1980/1981. It was pre peak TV. It was pre wokeness. We demanded very little of our coming-of-age television shows other than holding up a mirror to our experiences and trying to portray life as it is. Or, rather, life as it was. The only near-death experience in Freaks and Geeks comes because of a peanut allergy. And, sure, the kids smoke some pot, but we never have to watch a weirdly over-mature seventeen year old spiral into addiction while quoting Kierkegaard. Or, really, ever consider the existential nature of our existence. Because you know that’s what this show would be if it were made in 2021. Everything needs to be intensified, intellectualized and, yet, sharply socially aware. Even if it was placed in the particularly unwoke, unintense, homogenous small Michigan town during the particularly uncool Reagan era. And that show would suck.

What we have here is what by all accounts is a beloved high school comedy/drama series that was canceled before its time. In retrospect, a Judd Apatow show that would launch the careers of some of the most beloved comedic actors of this young generation. Mostly in Judd Apatow movies. Which, as it turns out, is a pretty good place to be. My memory of the show — which I watched in real time twenty years ago — was certainly built up in my mind based both on the cast and the almost cult-like following the thing has garnered since its premature cancellation. And, after watching it again, and reading up a little bit about the disagreement on the tenor of the show between Apatow and the network, I totally get why it didn’t make it to season two. Because, you see, the show is just normal. Sure, it’s a sitcom of sorts, but the characters are written like normal people. The situations are normal ones. There is no mystery. There is no deeper meaning to unravel. It’s just teenagers being teenagers in the time before the invasion of influential media and distractions of modern convenience.

There is no sexy log line with Freaks and Geeks. No pitch that would get you to watch it other than to say the writers get it. They know teenagers are kind of idiots. And sometimes kind of mean. And sometimes kind of sweet. All of them. All the time. And they really capture that confusing notion of trying to find yourself, even if others try to pigeonhole you into being a freak or a geek or a jock or a brain. It’s what happens when the kids from The Breakfast Club drop the schmaltz and the manufactured togetherness and just go about their lives in school. It’s a bit before my time — and I went to an all-boys’ school from 7 – 12 grade — but I could certainly relate to everything that each of the groups were going through.

Because the series isn’t a ten-jokes-a-page sitcom. Or slick. Or sexy. Or even one of those we-learned-a-valuable-lesson kind of shows. Or even like a The O.C. soap opera. We have to like the characters. And we have to like the actors playing them. Because, quite frankly, not a whole lot goes on. It is definitely an ensemble cast, but if I had to pick, I’d say Lindsay Weir (Linda Cardellini) is our central character. After all, she is the geek who becomes a freak — so to speak. Her transformation creating most of the little bit of friction in the show. Her old mathlete friends wondering what happened to the sweet, brilliant girl who seems to be drawn in by the stoner, burnouts who hang behind the school smoking and talking about rock ‘n’ roll. I mean, the girl wears an army jacket now! She is, without a doubt, the emotional center of the show.

Ultimately it’s about all of the kids trying to find out who they are and where they fit. The main geeks (John Francis Daley, Samm Levine and Martin Starr) just emerging out of childhood into a world of girls, the mysteries of popularity and attempting to survive PE class. The main freaks (James Franco, Jason Segel, Seth Rogen and Busy Philipps) want to somehow skate by, maybe get high and just kind of exist. Not in like a philosophical way. More in an aimless, floating kind of no-future type of way. Now, Apatow clearly makes the delineation between nerds and geeks on this show, as the boys are more like D&D dorks and not necessarily high-achieving students. Or even terribly smart, with the exception of Levine’s Neal Schweiber. Though the freaks are not quite wastoids (though Segel’s character is on the verge), but rather unfocused youth who care little for school, don’t necessarily have the parental support one might think of as traditional and are just sort of floaty kids in 70s concert tees.

We see the kids interact with their parents, bullies, teachers and their hippy-dippy school guidance counsellor (Dave Allen). There’s not a lot of ha-ha-lol type stuff. But James Franco’s sallow stoner, Daniel Desario, is just funny every time he’s on screen. Franco’s energy is just so manic and natural and downright strange. I think it’s what Crispin Glover thinks he was, or what he should have been. But Franco just embodies the dude so fully, it’s shocking that he’s not actually this dude. Segel is also great as the weeded-out drummer with a 30-piece drum set who can’t actually play the drums. Rogen plays Rogen. He’s definitely the third-banana, who sits and makes sarcastic comments, also stoned, but sharper than the others. He gets his own romantic arc, which is actually pretty adorable.

The relationship, though, that you didn’t see coming is the one between Lindsay and the other female freak, Kim Kelly (Busy Philipps). Kim initially resists Lindsay’s inclusion in their little group, but eventually realizes that the idiot boys she hangs out with — including her boyfriend, Daniel — don’t fulfill her the way a female friend can. Philipps was my biggest surprise coming out of this. I’ve seen her peripherally in some stuff, but her weirdo energy is terrific. It seemed out of the gate they weren’t going to give her a lot to do, but her comedic aggression and swagger meshes so well with Cardellini’s way more measured sobriety that it creates a dynamic that’s hard to look away from. And the show’s creators must have seen it too. And all without them fighting over men. Amazing, right?

You’ll notice I haven’t talked a lot about the plot or narrative or anything. Well, because there isn’t much of one. It’s basically about the typical high school stuff. Throwing a party when your parents are out of town. Getting mad at your friends with whom you’re in a band because they aren’t as “serious” as you are about it. Not wanting to shower in front of the other kids. Studying and failing. You know, all the stuff that was your world at that age. Back before real responsibilities and the Internet took over. And that — even if the nostalgia of 1980 isn’t your nostalgia — is what makes this series a good one. That feeling that someone else appreciates that time in your life enough to treat it with respect and tell it like it was.