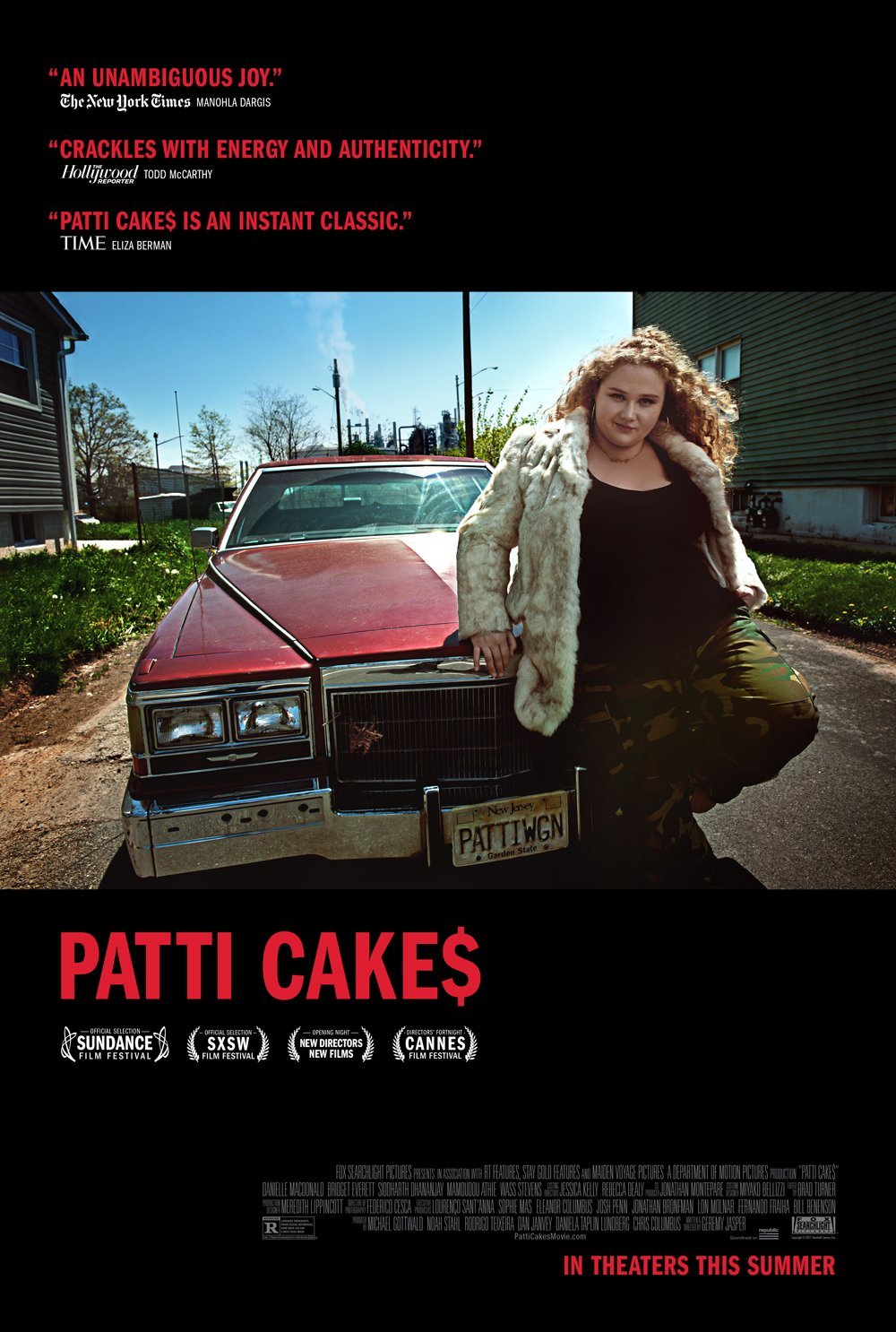 There’s nothing like watching a movie about New Jersey in New Jersey. Well, not about New Jersey, so much as enveloped by New Jersey. Such is the case of Patti Cake$, a wonderful little film that I had the opportunity to see at the Montclair Film Festival. Granted, the generally luxurious confines of Montclair hardly qualify as the hard-scrabble Jersey depicted in the film, but our lovable-loser state has that shadow-of-the-big-city complex no matter where you find yourself. And the star of this particular NJ tale, Patricia “Killa P” Dombrowski (aka Patti Cake$), herself is a perfect encapsulation of that story.

Larger than life and going nowhere, Patti embodies the perfect underdog story. She’s the NJ Rocky. But a little bit shorter, a little bit softer and a way better rapper. She’s the female Eminem from 8 Mile. She’s the American Eddie the Eagle. You get it. She’s the least likely (though Eminem isn’t unlikely for the same reason) of the least likely to make it out of her blue-collar neighborhood. She’s a bartender at a bar that services daytime drunks and fools and has to hustle just to get a waitressing job with a catering company. Most young people would be satisfied with that and call it a day. But Patti is a dreamer. She and her Indian friend, Jheri, who is a pharmacist at a CVS-like joint, are going to be the ones to make it out as the next big rap duo. The issue being, Patti is just trying to keep ahead of bills and bill collectors coming for her, her mom and grandma who live together in a house that seems to be almost solely supported by Patti’s paycheck. Her mom, a former high school party girl and almost-there 80s singer, is one of those bitter, almost-rans who drowns her sorrows at the same bar Patti tends, and lives on her fading glory as one of the few to be that close to “making it.” Her grandmother, one of our other central characters, is played by the only recognizable actor in the movie, Cathy Moriarty — she of the voice of gravel and tar.

Patti spends her days working and writing. Her lyrics are her power. Power against the locals, who have all been in the same town forever, even referring to her on a regular basis by her childhood nickname, Dumbo. While her lyrical talent languishes, she comes upon a weird, dealth-cult-looking dude who calls himself Basterd. He lives in a shack in the woods where he records scary industrial-ish music that sounds like a homegrown version of Death Grips. But for whatever reason, through some cajoling and general insistence from Patti, Basterd reluctantly agrees to provide the beats and recording acumen to their project. Add with a little help from her Nana, and the birth of PBNJ (Patti, Basterd, Nana & Jheri) is a go.

The plot is a relatively simple one. The group continues, faces challenges both personal and professional, but through it all writer/director Geremy Jasper slathers his characters in humanity. They are familiar, rounded human beings who have dreams, suffer disappointment, experience elation and maybe a little bit of love. Along the way we get the highs we get from any underdog story, but instead of a boxer trying to win the heavyweight championship, or any number of public wins in the larger sphere, these are all based on small victories, on overcoming the inevitable and defying the odds of expectations. They’re not boxers or professional athletes, or even golden-haired rock gods, but an overweight, frizzy-haired bartender, a goofy Indian kid, a scrawny black goth kid with Marilyn Manson contacts and a wheelchair-bound grandma with a voice like a dying frog. The setup is comical, and there are a bunch of laughs throughout the movie based mostly around the relationship between Patti and Jheri and Nana, but the overarching story is a classic coming-of-age tale about finding out who you truly are by being reflected back to yourself by the ones you love.

With all this, the comedy, the exhilaration, the best part of the film is the cast itself. Mostly nobodies, Jheri (Siddharth Dhananjay) was a dude they found on worldstarhiphop.com. Patti (Danielle Macdonald) is actually Australian and had never rapped in her life. Basterd (Mamoudou Athie) is a Yale-trained actor who is apparently getting a lot of work of late, but, again, came in as an unknown and played way against type as a pierced-face anarchist. Even Patti’s mother (Bridget Everett), who is amazingly awesome, is apparently a cabaret performer in NYC and had never done any dramatic acting, but kills it in the role. The chemistry between all of the actors is palpable and feels very natural and pure, which is pretty surprising for a disparate group of unknowns, some of whom have never acted in their lives. I could easily watch a tv series based solely on Patti and Jheri’s adventures and be super-happy. There’s just a light that shines in this movie that is missing from so many indie movies in this day and age of intentionally obtuse and overly-cerebral nonsense that tends to meander and end up nowhere. This is particularly American story-telling, and in its small-town-girl-makes-good way is Jersey through and through.