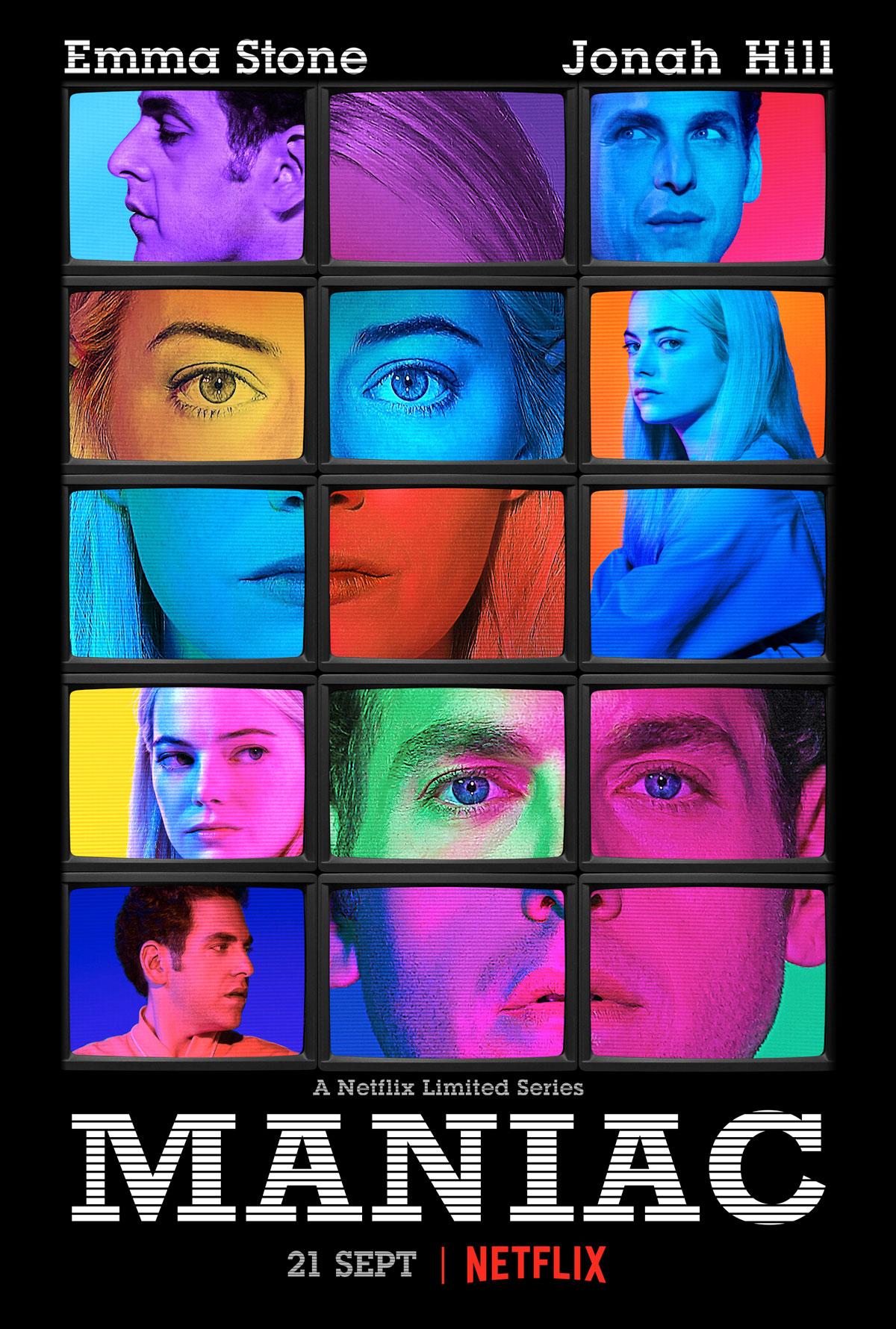 Using the tried and true method of showing us a future that is also retro, the show’s creator, Cary Fukunaga, amazingly makes the near future (or a slightly skewed version of our own dimension) look like 1986. It’s a disorienting vision, and one — with its 8-bit functionality — that I’m totally down with. He’s also not afraid to take actors and make them ugly and/or weird. After all, he transforms Justin Theroux into a balding weirdo (who wears a strange late-70s wig and is addicted to his virtual porn machine) and has Sonoya Mizuno wearing another obvious wig, oversized aviators and a cigarette hanging out of the corner of her mouth in every scene. This is all to say that this show looks incredible. Each and every detail was clearly poured over. Every environment is creepy in its own way. Each little bulb and screen and tray is thought about. Every stitch of clothing and ephemera considered. The thing is, while the show is a joy to the senses, the narrative is a bit of a jumbled mess that unwinds a bit when given a bit of scrutiny.

So what’s at the heart of Maniac? Loneliness, I suppose. It’s a theme that seems en vogue these days. What with people obsessed with their screens and their on-demand everything. Human connection just seems to be harder and harder to achieve in a world where it seems to be less necessary. Anyway, we have two principal characters, Annie (Emma Stone) and Owen (Jonah Hill). I just realized the whole O & A thing, which, based on my vague recollection of Jesus stuff, is the Alpha and the Omega, which, again, is some Jesus stuff. This could be a coincidence, but I doubt it. Regardless, we have these two characters, both of whom clearly suffer from some sort of mental instability and/or mental illness. Owen is clearly schizophrenic, Annie is clearly a drug addict, but I’m not sure we actually get to the bottom of what her actual ailment is. But it manifests itself in a kind of oppositional defiance disorder. They have both been isolated from their families and society in different ways. Owen is the blacksheep son of a prominent family who live in a super-creepy house around the NYC area somewhere, and Annie clearly has a broken relationship with her sister, a non-existent mother and a father who has locked himself in some sort of bio containment unit in his yard. Their need for money and, in the case of Annie, her addiction to a very specific drug, bring them to a drug trial run by a shady Japanese company in a giant building in Manhattan.

The drug is supposed to remove the core trauma in someone’s life in order to alleviate psychic pain and “cure” whatever ails them. Obviously this is metaphorical, as no drug can actually do that, but that’s the point. Owen is actually accepted into the trial, but Annie needs to con her way in in order to get her hands on the first pill in the three-pill trial, which she happens to be addicted to. And this is where the show kind of takes a turn. The whole thing leading up to the trial and the meeting of Owen and Annie is ultimately more interesting than the scenarios it sets up inside the trial. But that seems to be the place where Fukunaga wants to end up so he can do some “fun” stuff. Once inside the trial the subjects are subjected to what amounts to dream states where they live as other people and do stuff. Due to a glitch in the computer running the trial, Annie and Owen somehow end up together in the same “dream.” These dreams are where Fukunaga gets to have his genre-bending fun. You have an 80s caper that smacks of the Coen Brothers or Tarantino. You have another 40s period piece that is a con job that feels like something familiar as well. And a third scenario that is like a Lord of the Rings farce. Stuff happens in the real world while these fantasies are played out, but the transitions between the fantasies are kind of weird, and the rules of these dreams don’t appear to be consistent or inter-connected. Again, it just seems like an excuse for the show’s creators to explore fun genres. But, the thing is, the real world they’ve created is interesting in itself.

Overall the show is an interesting experiment in tone. The real world in which the characters live is muted in a very intentional way, whereas the dream sequences are loud and colorful and exciting. I just had trouble kind of connecting the two and feel that they could have done a better job in making the relationship between Annie and Owen feel deeper. In fact the other relationship in the show between two lonely souls, Theroux and Mizuno, is just as effecting. Which I suppose is part of the point. Ultimately the idea is that trauma and sadness can’t necessarily be “cured,” but that shared relationships and human connection allow us to work towards overcoming that which ails us. Well, at least that’s what I took from season one, but maybe it’ll all be revealed in season two. I’m certainly interesting in diving back into this world to see where it goes. If they’ll have me.