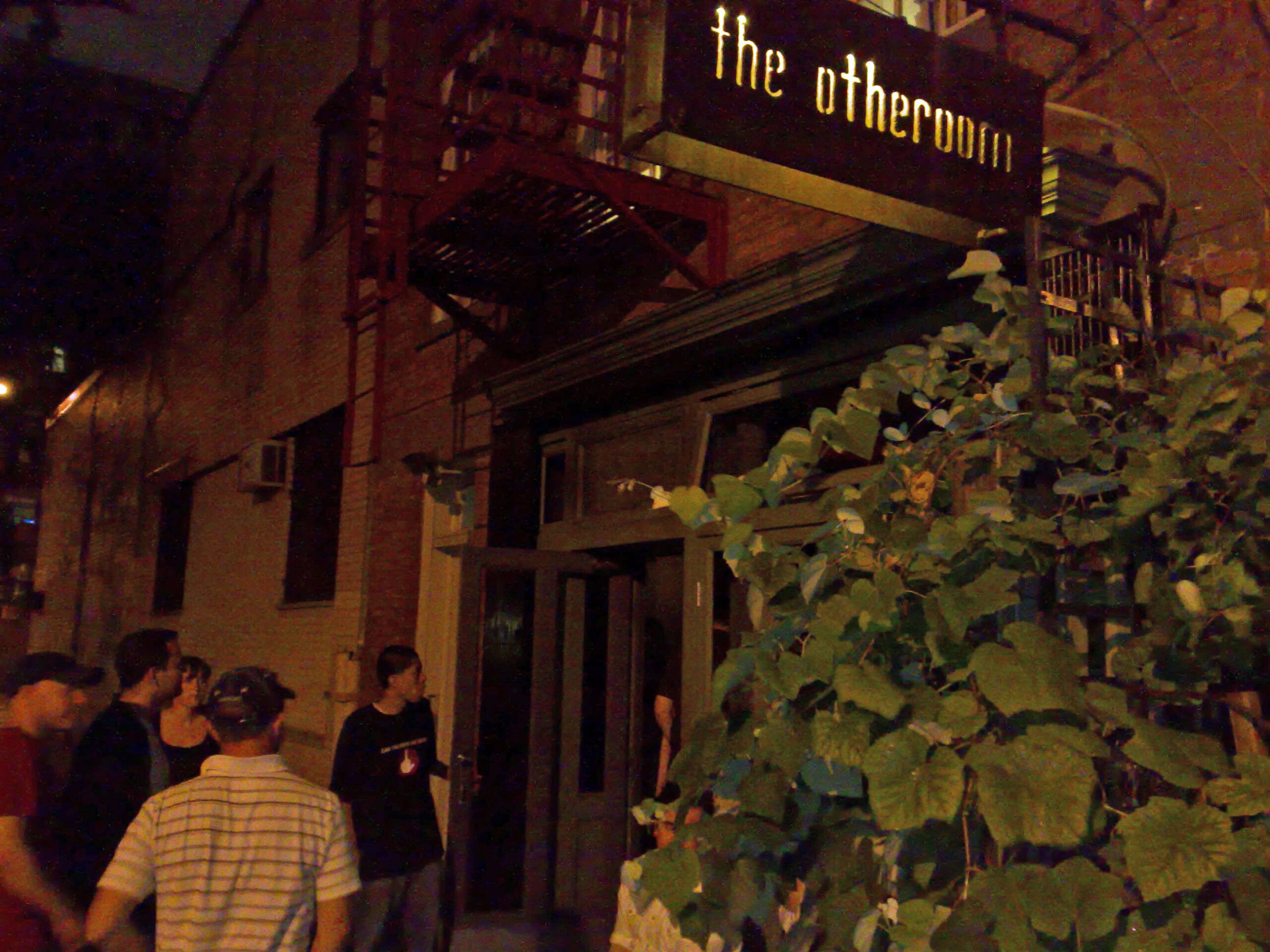 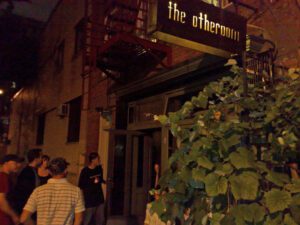 Never before have I ever considered being an extra in an old Fiona Apple video a bad thing, but when I’m trying to order a beer amongst lounging teens in sleepwear, I can’t help but feel like a giant out-of-place dirty old man. Add to that video blaring music, stifling heat (they do look glisteny in the video) and the frustration of trying to scream “Hefeweizen!” over the head of some sweaty college student and his drunk-ass hook up, and you have my night at Otheroom. Maybe it was kids-under-22-drink-free night or something, but I haven’t seen a gathering of staggering youngsters like this since my last ball-pit belly flop at the local Chuck E Cheese’s. I’m going to assume there must have been some special occasion that brought the kids to the beer, as the other bars in this series (The Room, Anotheroom) have been adult affairs the times I’ve been there. In fact, they were downright pleasant. Perhaps this is the black sheep of the family, the place where decorum and ear drums go to die. Or perhaps I was just so drunk and tired (and old) that the joint really wasn’t that bad, and I just can’t take a party anymore. Whatever the case, one of our party decided he wanted nothing more than a stiff drink. Problem is, they don’t serve anything but beer and wine in the place. Being drunk and surly, and half deaf from the high-decibel screeching, he either didn’t understand the bartender, or chose not to. He continued, after multiple rejections, to try to order some sort of brown spirit or other, only to be continuously shouted at by an alarmingly annoyed barkeep. Finally, he gave us the cutoff sign, signaled the bouncer, and we, the most mature inhabitants of the bar by at least fifteen years, were going to be out on the street. Quite honestly, it would have been a relief. Instead, we talked down the bruiser, ordered our buddy a beer (hoping he wouldn’t notice) and sat him on some weird seating along the wall–all the while trying to stifle his “fuck yous” and flying middle fingers aimed at anyone he deemed responsible for his lack of whiskey. It seemed our stay would be short-lived and/or dangerous, so we cut bait and moved on after a couple beers. Overall I was clearly disappointed with my experience here, but wouldn’t be afraid to go back at some point to figure out if our night was the norm or just an anomaly wrapped inside a drunken riddle. [MF]