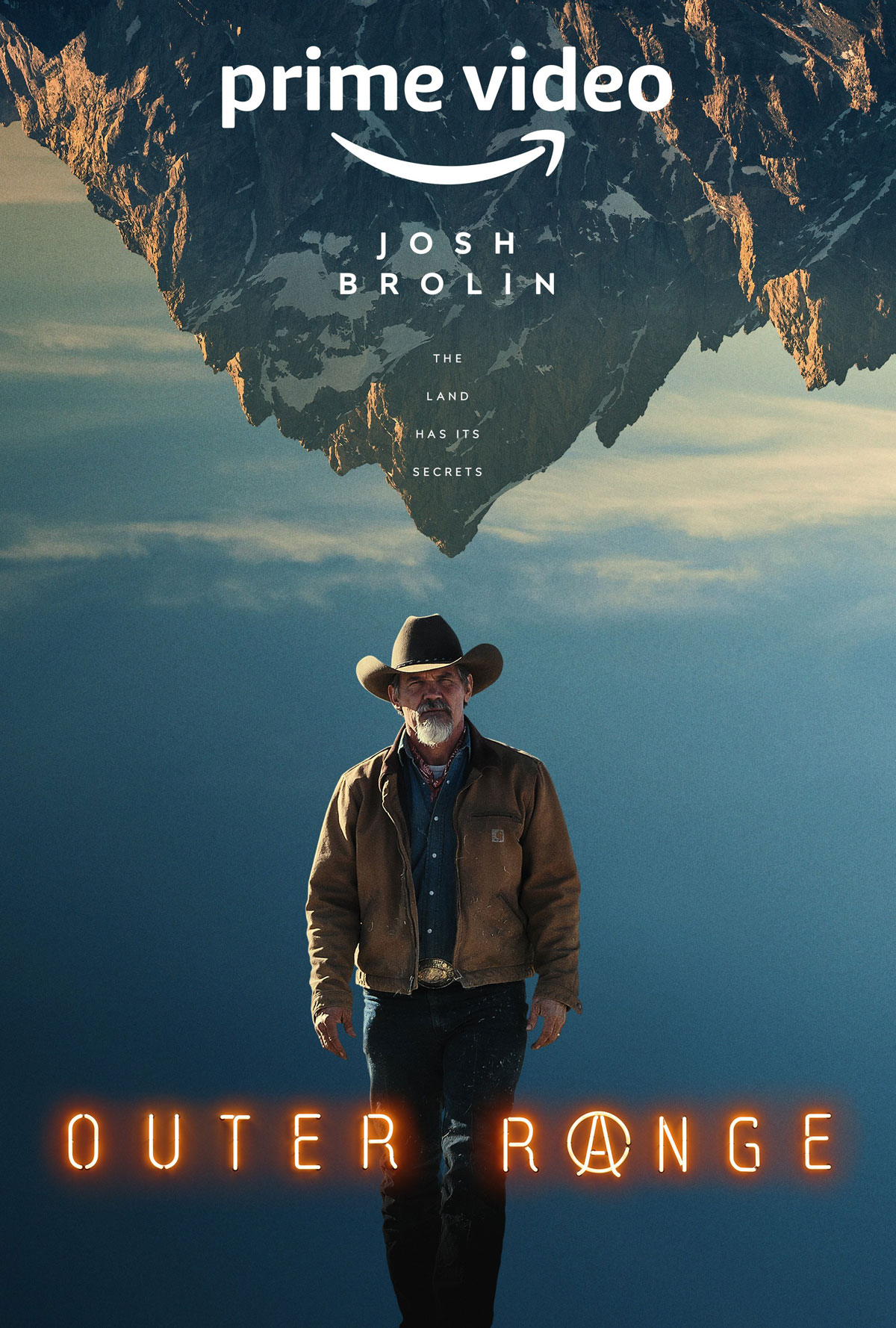 How do we take the so-popular sci-fi mystery genre and add yet another layer on it? Well, you could add a neo-western twist. And, yes, I know Westworld has kinda, sorta done that. But that western is like a fake, robot western. Outer Range is more modern-day, Coen Brothers neo-western. Like the main story is literally an extended family on a ranch in Wyoming versus a larger, richer extended family on a larger, richer ranch in Wyoming. It’s classic western. Except, of course, there’s a giant hole in the middle of a pasture of the first family that is apparently a portal of some sort that transports people and things across time and space.

At the heart of Outer Range is a family drama. The Abbotts are a ranch-owning brood with father, Royal (Josh Brolin), mother, Cecilia (Lili Taylor) and adult sons, Perry (Tom Pelphrey), and Rhett (Lewis Pullman). In addition, Perry has a daughter, Amy (Olive Abercrombie), and a missing wife, Rebecca. Mix in too much drinking, anger issues, a struggle to keep the ranch economically viable and, of course, the vanished wife and you have inter-family turmoil from jump. To add to the family’s woes, their rich-ass neighbors and life-long nemeses, The Tillersons, have a claim on part of their land and plan to execute on it. The Tillerson family, made up of a loony-tunes father and three adult sons of similar age to the Abbotts clearly have a long-going feud with the Abbotts, which leads to a bar fight, a death and a subsequent cover-up that brings the whole feud to a head. I’m not spoiling anything here, as this is all set up in the first episode. But suffice it to say, this creates quite a bit of tension not only between the Tillersons, as they search for their missing brother, but between the Abbotts, as it further pressurizes an already broken family dynamic.

To add to this whole murder thing, we have Sheriff Hawk (Tamara Podemski) investigating the disappearance of the Tillerson brother, and a mysterious hippie drifter type, Autumn (Imogen Poots), who has paid to camp on the Abbotts’ land. She gets herself mixed up in the family drama while skulking around the edges causing issues with the patriarch, Royal. And if we left it there, this could be a pretty typical western familial tale. But then there’s the hole. The swirling void that Royal discovers in his pasture. The void that takes this thing from a grounded pastural Wyoming crime story to something that feels weirdly, at times, like Twin Peaks. Probably intentionally so. The shit gets weird. Like disappearing/reappearing mountain with barely a mention weird. With each of the succeeding episodes (eight in total) the story feels more and more like a fever dream. More and more unhinged and delirious.

All leading to a crazy shootout, a hectic rodeo, lots of yelling and glass smashing and a plot twist that was not really that much of a surprise. Of course, when you throw in wormhole-fueled time travel, anything is possible and anything can happen. And anything does. Like the acceleration of the plot and pace of the narrative, the acting kind of goes off the rails. All of the actors, mind you, are really great. Though there are some really odd — but enjoyably bizarre — choices by Schitt’s Creek’s Noah Reid that include breaking into song and just generally being a wierdo. By the end, almost everyone in the cast is completely turnt up. Lili Taylor is screaming and flipping tables. Imogen Poots is completely bonkers and also screaming and bouncing off the walls. And even the usually chill Josh Brolin is like pissed off Thanos on steroids. It’s definitely intense and pretty over-the-top. Lunacy, I’d call it. But it seems the cast is totally down for it.

Outer Range starts stronger than it ends, but the build is pretty fun. There are revelations and surprises along the way that feel original, but classic. The show itself is a great mixture of old-school storytelling and new-fangled black box, time travel mystery stuff. It’s not as over-wrought as Dark, of course, but there are elements here that you’ll recognize. Not in German, though. Honestly, I’ve heard little-to-no coverage of this series. Which makes me curious if all Prime Video stuff is slow-burn, algorithm fodder, or if they just stink at promotions? I mean, Josh Brolin is kind of a big deal. Especially doing television. And this fits the bill for all these modern shows with mystery and drama and wormholes. They left the first season on a bit of a cliffhanger, so I’m really hoping for a second season. I like this world and am interested to see how they bring the promise to fruition. Plus, time travel shit is my jam.