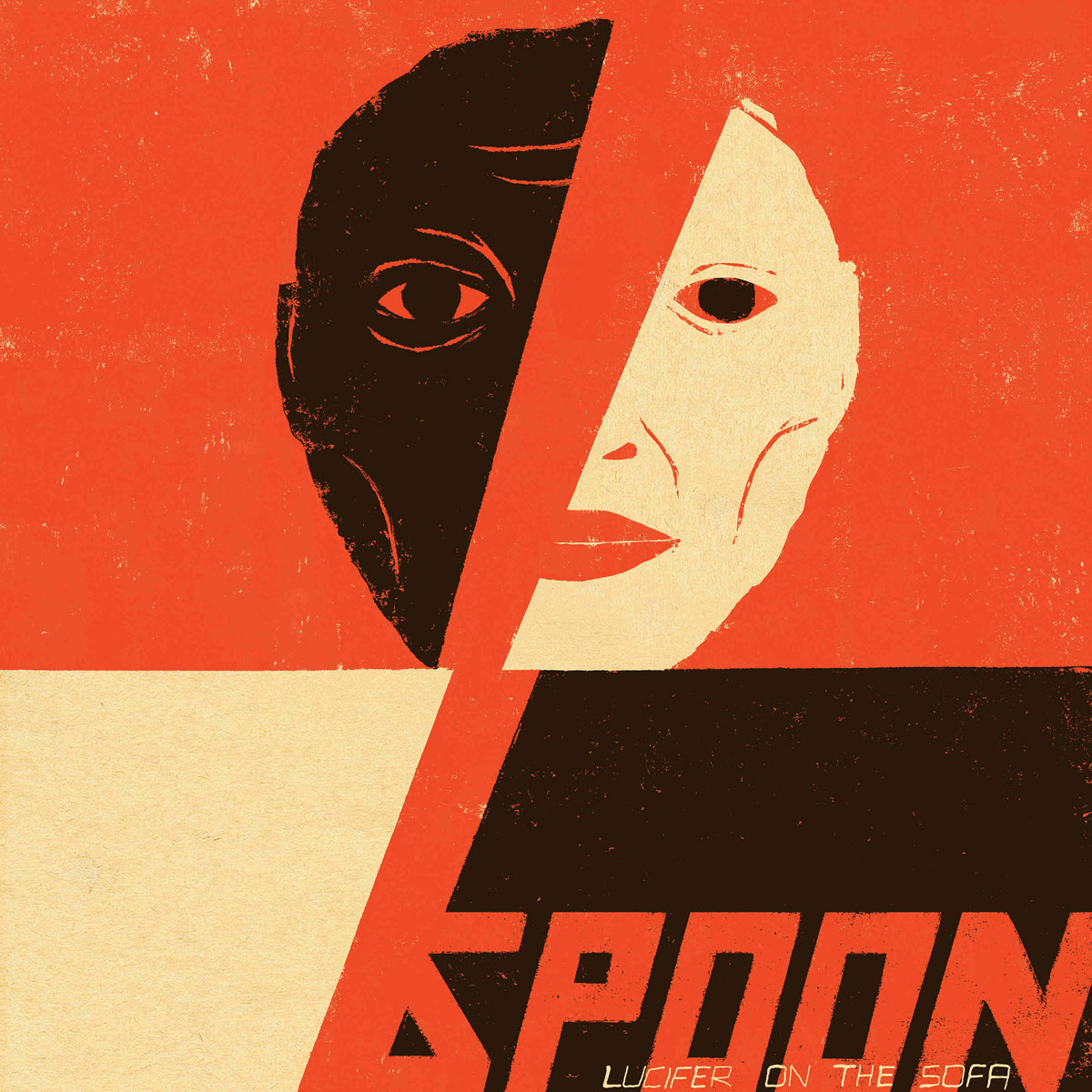 Spoon: Lucifer on the Sofa

It’s amazing that Spoon is almost 30 years into their run as an ongoing band. Consistently putting out records, without a breakup. With nary a side project (save Divine Fits). Just the same indie band pumping out mostly awesome albums decade after decade. I can’t say I love the title of their new album, Lucifer on the Sofa, but after five years since their last LP, Hot Thoughts, it’s a really, really welcome album of sexy, adult rock ‘n’ roll for our shitty times. Yes, I called it “sexy.” Because it’s been a minute since they’ve pulled that trick. In fact, it’s been since their 2001 album, Girls Can Tell. So I’m happy to get the sexy back.

Lucifer on the Sofa is Spoon’s tenth album. So I suppose that means they average an album about every three years. I feel like that used to be typical back in the day before home and digital recording became a thing. But now it seems like an eternity. So when there are five years between releases, things can get a little crazy. Does the band come back with a new sound? Do they rehash the “hits”? Do they do that whole annoying rock band thing where they become all electronic and etherial and alienate… well, me. As luck would have it — okay, not luck per se — COVID seemed to have derailed the initial plan for this record and pushed it way back. It’s unclear if they had everything recorded and in the can and just delayed it. Or if recording or writing got screwed up. But whatever the case, the time away not only made those of us who really like the band want this new material even more, but also seemed to let them refine their production and their sound to meld the old-old stuff with some new sounds really well. While still sounding just like themselves.

And what’s so good about that? Well, first, Spoon has always sounded cool. Not always sexy, mind you, but cool. And they’ve always sounded unique. Despite kind of playing this amalgamation of indie rock and 70s rock shot through with some soul, they don’t sound like much else you can point to. Literally, there is no real equivalent. So, it was exciting when track one, “Held,” starts up and I can feel that old school sound in my heart. Until I got about ten seconds in and am like, “Uh, I know this song. I love this song. But this is not a Spoon song.” Turns out I was correct. They open the record with a cover of a Smog song from their 1999 album, Knock Knock Knock. A cover! Which is certainly weird on an LP with only ten tracks. After five years! But it’s a fine-ass cover.

Frankly, like a lot of bands I listen to, I’m more of an early-record fan of Spoon than I am of their kind of mid-career and, to some extent, their later music. They’ve had this funny arc where they started off much more on the straight indie rock end of things (but with their own twist) and then did this out-of-nowhere, awesome record in Girls Can Tell and then did this interesting thing where they gradually minimized and stripped down their sound as to be almost art-rocky at times. Only to then build their sound back up as they bent toward the band’s third act. There are some sections in the middle aughts there where I struggled a little bit with some of their music, which seemed more like them challenging themselves with some sort of austerity than having fun and making tracks for their fans. As we’ve built back toward the 2020s, they’ve made some really spectacular songs. Though the kind of disassociated cool remained, both in the song writing, as well as the production. It lacked the angst and crunch of the early stuff, as well as the tube-amp warmth of Girls.

So it’s super-cool to hear this album bring back some of the old crunch and warmth of the earlier Spoon records, while continuing to build on some of the depth of swag of the later music. It just makes for an incredibly listenable album. Not that there’s anything wrong with occasional experimentation, but they clearly went out to make a record you could throw on at a party and make absolutely everyone happy. I mean, not like the teenaged trap crowd. I’m talking about an adult party with like wine and bourbon and shit. And maybe some of those upside down mushroom things. It’s a record I could easily recommend to just about anyone who cares about music, but whose ears would bleed with some of other youngster rock I might otherwise enjoy. And these people would thank my ass. Because this ain’t Coldplay, or whatever the olds are supposed to listen to these days. Nope, this shit is sexy, I tell you. Sexxxxxxy!