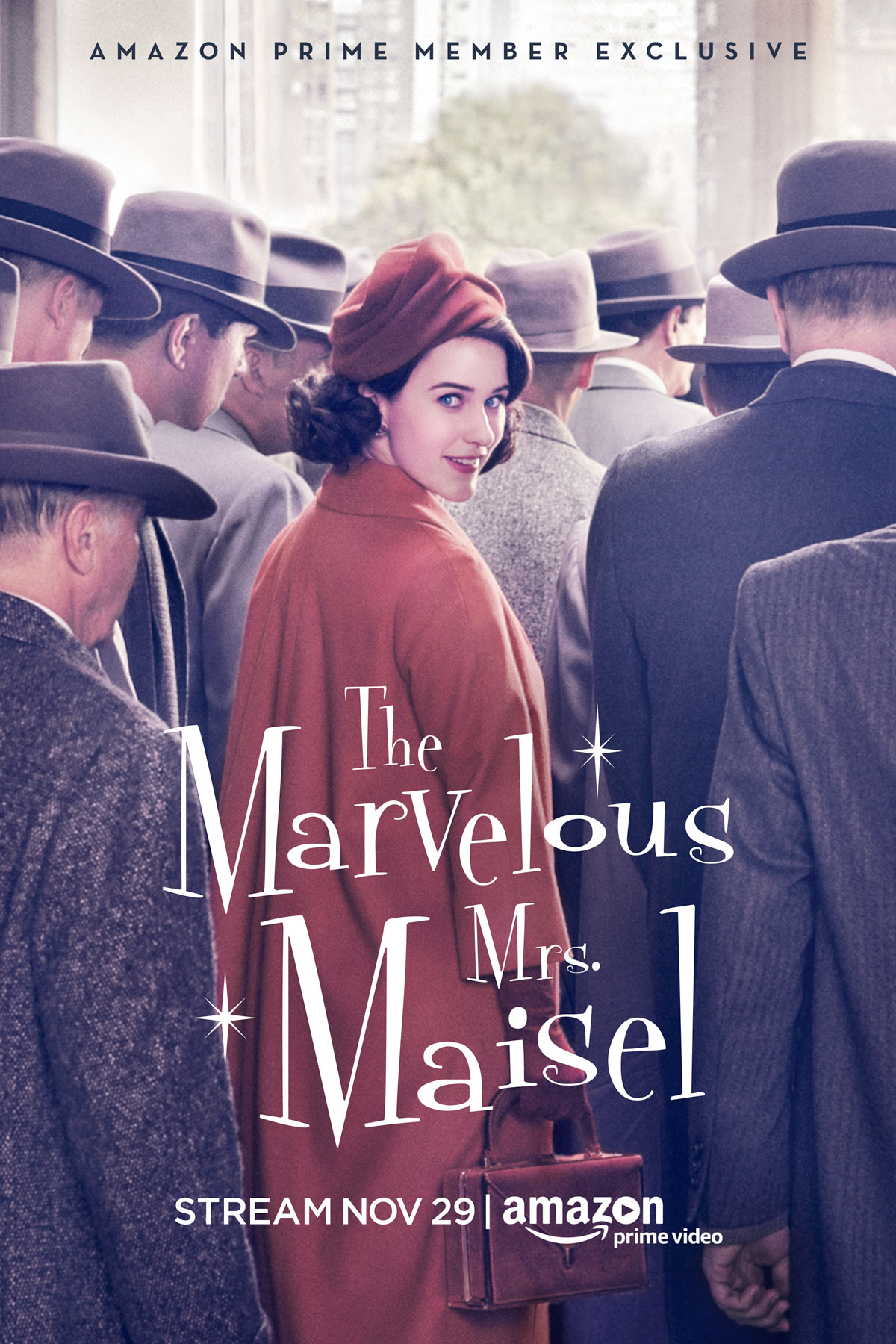 So Jewish this show is. Like it makes my family look like a bunch of Mormons. Oddly, though, in a town full of Jews, they couldn’t find a Jewess to play the titular part? More like The Marvelous Mrs. Shiksa! Ok, I’ll give Rachel Brosnahan a break, as she’s absolutely wonderful on the show, but c’mon Hollywood, how are we supposed to have this secret cabal when you keep letting everyone into the club?

But, seriously, I watched this thing before it won every Emmy ever. And I gotta say that while it wasn’t my favorite show on the planet Earth, it certainly was way better than I expected — and, honestly, better than I wanted it to be. After all, there is a ton of TV out there and I wasn’t sure if I wanted to get hooked into yet another streaming show that I would feel the need to stick with through an entire season of eight episodes. But along the way I realized not only that eight episodes is a perfect length for a season of hour-long, episodic television, but that I love the fast-talking, smart-ass repartee of  ethnic New Yorkers in the 1950s. Mind you, it’s not screwball comedy dialogue, which is essentially just wham-bam, back-and-forth borscht-belt one-liners fired at each other. This is the smart, cutting dialogue of the noir films of the 40s, where characters actually interact with one another in meaningful, but endlessly entertaining ways. And Amy Sherman-Palladino really captures that spirit, as she builds these mostly wise-cracking women, who are not afraid to go toe-to-toe with the men in their lives and those around them. The trick here is making these vessels of a very crowded script page (main and supporting characters alike) take on that three-dimensional affect that helps build out this energized world that they inhabit that at times resembles a musical without the music. It’s a tonality thing, where the show is mostly pedal-to-the-metal, but downshifts when it needs to to let some emotion breeze in and the characters shine.

And it’s funny. The show’s creators have clearly fallen for their characters and lovingly put words in their mouths that are at once cutting, but also show the kind of care one gives only to people they know so damn well. That said, it is a show based on a woman in Mad Men-era New York who tosses her comfortable life for a life of standup comedy. I know, it kind of sounds horrendous on the surface. Like we’re going to have to watch bad schtick in smokey clubs while men flash her their junk and spill martinis on themselves. Luckily for us, the situation is much more deftly handled. There’s a decent mixture and blending of professional growth (and retraction) along with the family mishigas, which avoids the typical stand-up comic thing where they have their outside life that is shot on film and then they switch over to video (because all comedy isn’t serious enough for film?) and we watch some comic stiffly deliver his routine. This show is much more organic in its approach, maybe because the main character, Midge Maisel, is just a funny person who brings her act directly from the living room to the stage. Her act is essentially just one, long run-on sentence. And Brosnahan delivers it in her amazingly coiffed, but breathless way that is compelling as hell on the screen.

There are a few small nits to pick — most of which are actually good things disguised as bad things. How the hell do the Maisels afford that giant apartment on a professor’s salary? It’s some sort of Friends troll or something? More Alex Borstein. She’s excellent as the club manager/Midge manager and is missed when she’s not on screen, though she is around a lot. I imagine she’ll be highlighted even more in season two and I’m down for it. The whole Joel Maisel (Michael Zegen) character confuses me. He’s this guy who wants to do stand-up, but isn’t particularly funny. He’s a corporate stooge who is actually good at stoogery. He’s clearly an insecure, coddled dick who looks to be about 5’4″ who I feel the show’s writers are torn about. Is he a good guy? Is he a bad guy? Is he redeemable? To me he just seems like a brat with a chip missing, but maybe it’s me who’s missing something. The stakes. What are the stakes here, really? I’m gonna come right out and say that the stakes here are really small, and that modern television has made it so it seems like there should always be stakes. After all, this is a relatively wealthy woman from the Upper West Side married to a guy from a wealthier family from the Upper West Side who wears clothes that cost more than most people’s annual rents. So, if she fails, so what? It’s ultimately a fish-out-of-water story that involves no murders, no amnesia and no Kurt Russell.