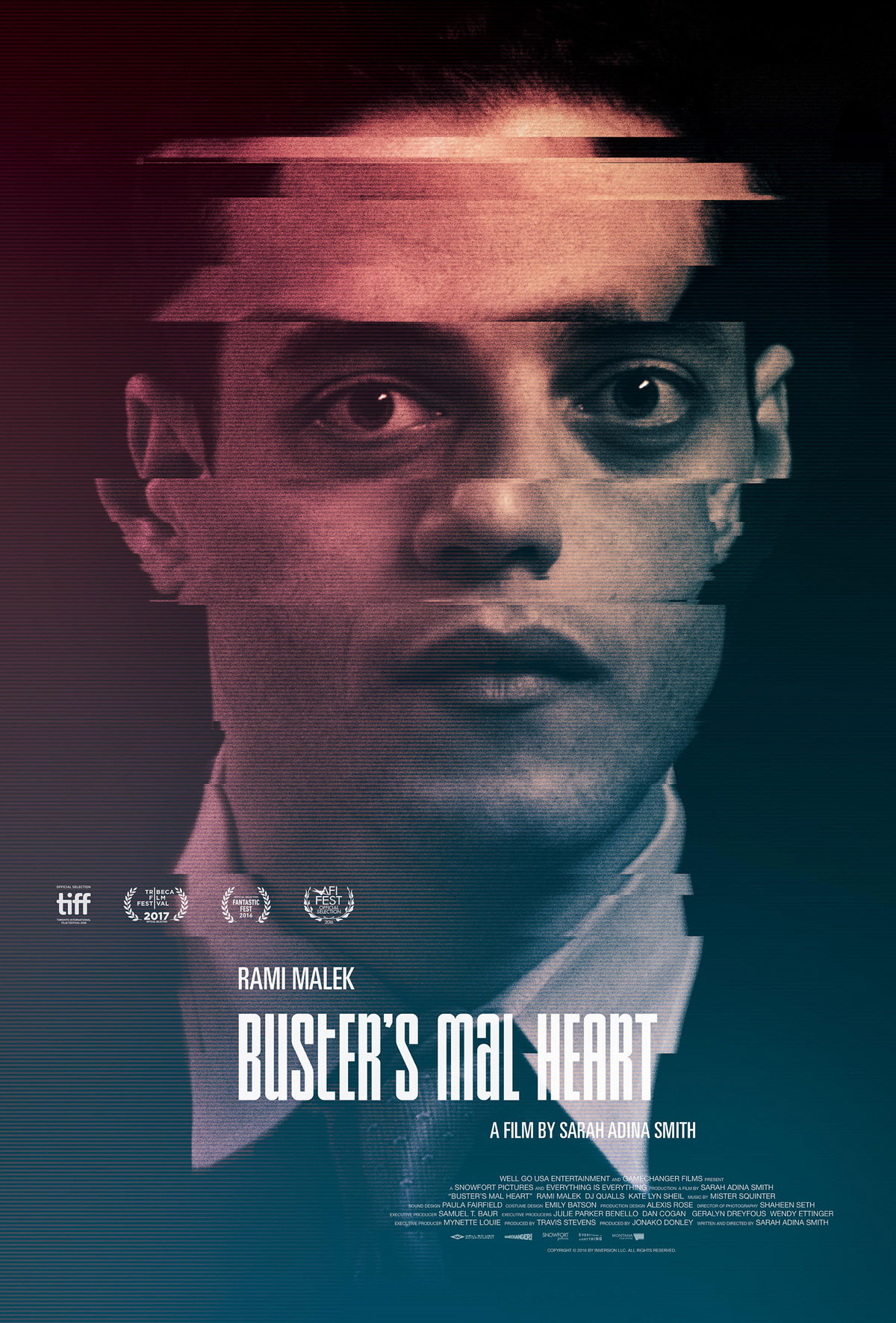 Buster’s Mal Heart really goes for it. In that I mean it takes any number of indie film tropes from years past, mixes in biblical references, conspiracy, mystery, sci-fi and a bucket of acting and pops out what ends up being a really confusing, confounding film on the other end. It’s equal parts Fight Club, Melancholia, Safety Not Guaranteed and any number of Joe Swanberg movies. But in some sort of Mr. Robot funhouse. Though the last comparison could be swayed considerably by the fact that Mr. Robot’s Rami Malek, our incredibly unreliable narrator, is on screen for the entirety of the movie.

This is one of those movies that is impossible not to spoil with descriptions, but is actually impossible to spoil because you can draw about 1,000 different conclusions after the end credits start to roll. I mean, there’s definitely a twist of sorts near the end of the narrative, but unlike something M. Night Shyamalan-ish where the revelation makes everything before it more clear, this twist (which is actually multi-layered) just kind of makes the entire plot that much more mysterious. What we do know is that there are essentially three different stories or timelines going on here — at least one of which takes place in a pre-Y2K, 1990’s era. All of them involve Malek’s character, who is known by either Jonah or Buster depending on the timeline. In the more pedestrian, working-drone timeline he is Jonah, a concierge at a sad chain hotel in Montana who works overnight shifts, wandering the confounding Shining-like hallways, picking up garbage, doing dishes, putting away tables in the banquet area and very occasionally interacting with overnight guests who also seem to not want to be there. When he’s not at the hotel, he’s generally wandering in a fugue state or seemingly eating breakfast in the over-crowded home of his in-laws, saving money to get himself and his wife and daughter into a home of their own. The second timeline involves a bearded, mountain-man version of Jonah, though he’s now known as Buster. It’s an oddly comical — and mostly silent — story, except when, after breaking into expensive Montana vacation homes to shower, eat and sleep, Buster calls into local radio and television shows to rant about the “second inversion.” He’s known to the locals as a kind of benign nuisance, but one who has managed to evade capture despite area official’s best attempts. The third storyline involves what we have to assume is Jonas/Buster (or Jonah, of we’re going to take the biblical parallel to heart) floating in a small row boat in the middle of the ocean. He yells at the sky in Spanish, eats frogs that fall from the heavens and drops messages in bottles into the sea. It’s clear that Jonah, the working stiff, and Buster, the mountain man, are tied together. And we have to assume that the man adrift is also part of this trio, but it’s unclear which timeline proceeds which, as they’re all intertwined. Perhaps the man adrift isn’t a timeline at all, but just Jonas’ psyche and something that’s just inside his head? But there’s some indication in the dialogue that this castaway situation is something that actually happened in his life. But does it matter?

It’s a puzzle. There are people (or are there?) that portend a dramatic and cataclysmic future for mankind. But is it real? Is it only in Jonas / Buster’s head? Is he afloat after the inversion, has the inversion actually happened? Is he actually Buster and his life as Jonas IS the inversion? And, seriously, what the heck is an inversion? The cool-ish thing is that by us, the audience, making assumptions that aren’t clearly spelled out in the movie, the whole thing can have multiple and different interpretations. I had my own, of course, which, based on what amounts to a two-second shot at the very end of the film, completely changed as I worked through the extremely complicated back-and-forth. I’m going to choose to take the positive outlook on the situation — at least positive for Buster, but not necessarily for the rest of us. Of course, as I think through it as I type, I’m way less sure of my conclusion. I watched this one late night on my own (making for some terribly weird dreams), but really wish I’d roped someone else in to compare notes afterward. Now I only have Reddit and various other conspiracy-driven communities to keep me company in my feeling of complete comprehensive inadequacy.