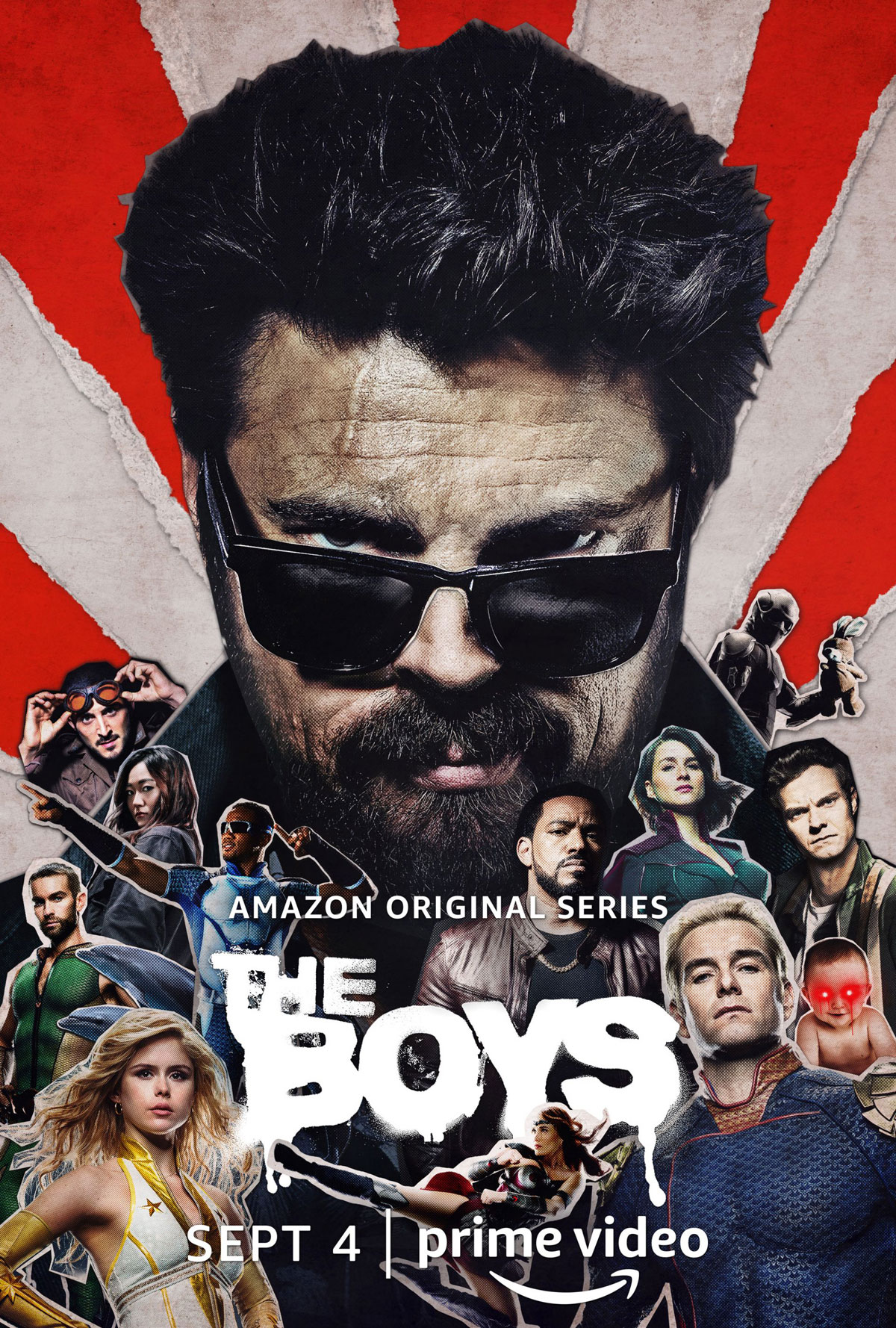 I’d stayed away from The Boys for a minute because I understood it to be a dark, violent, deeply cynical show. And, frankly, I’d had enough of that shit lately. In fact, I’ve had enough of darkness in general in the last year. But, honestly, I’d run out of options in my queue, and Ms. Hipster surprisingly agreed to a binge of this weird comic book, superhero show. I warned her over and over again that I’d heard it was ultra-violent, but she wanted to press on. Call it desperation. Call it boredom. Call it a genuine curiosity.

So, it turns out the violence part is completely true. I can confidently say that there are more exploding heads in this series than any in history. By far. There is also more dismemberment, decapitation, evisceration and general body destruction certainly than I can ever remember seeing. There is also tons of weird sex. These are superheroes after all, and they’re not, uh, like us. The blood and guts became laughable after a while in its cartoonishness, but everyone knows I’m kind of prudish when it comes to graphic sex stuff. I mean, I wasn’t overly disturbed by it generally, I suppose, but there is an entirely disgusting oral sex/skull-crushing that still kind of haunts my dreams.

It didn’t hit me until a few episodes in that the boys in The Boys were not, in fact the superheroes, but the dudes who are trying to take them down. Yes, I’m dumb. But, essentially, there are superheroes in the world. There are the top-tier heroes who are in a group called The Seven. And then there are a bunch of secondary and tertiary heroes that are either based locally, or are what amounts to AAA minor leaguers. But they’re all ultimately working to get into the majors with The Seven at their corporate headquarters at Vought International in NYC. What the heck is Vought? It’s the corporation that owns the superhero business. That means controlling their image, marketing them for everything from keychains to major motion pictures. They are their handlers, their publicists, their marketers and their… Well, I won’t spoil that. But suffice it to say that Vought is in the business of making their heroes look good. Issue is, a lot of the heroes are complete and utter shitbags. Douchey and violent and not very good people — people with the ability to easily murder their fellow humans with super strength, laser eyes and fireballs. So Vought is constantly staging superhero “wins” and covering up their side activities and tendencies to kill the shit out of civilians.

In one such instance, A-Train (Jesse T. Usher), a hero akin to The Flash, literally runs through Hughie Campbell’s (Jack Quaid) girlfriend. Exploding her body all over him and the sidewalk. The subsequent cover up of this murder essentially radicalizes Hughie, leading to his connection with The Boys and their leader, Billy Butcher (Karl Urban). A small band of dudes determined to expose Vought and bring down the superhero industrial complex. Butcher’s target is specifically the leader of The Seven, Homelander (Antony Starr), a clownish Superman type who preaches America and do-goodiness, but is actually an incredibly twisted and disingenuous murderer. Butcher blames Homelander for the disappearance of his wife, who worked for Vought, and has made it his life’s goal to destroy the dude. The problem for him — and for The Boys — is that these heroes are pretty much indestructible. And Vought’s money and power immeasurable, reaching into government, business and the hearts of the people. A big challenge to be sure. But he has a munitions expert named Frenchie (Tomer Capon), a planner named Mother’s Milk (Laz Alonso) and now Hughie as part of his team. So now these four dudes are going to take down a multi-national web of super-powered shitheels… Oy, this doesn’t look good.

The Boys are eventually joined by a non-boy with some super powers, and work to convince one of the earnest members of The Seven to come to their side, but their goal certainly seems insurmountable. But, luckily, these heroes may be powerful, but they are also just humans. Some of them, like The Deep (Chace Crawford) — an Aquaman substitute — are the equivalent of a drunken frat bro given magical powers. So you can imagine how that goes. In other words, just because they can kill the shit out of anyone who comes near them, that doesn’t mean they can’t be tricked into things and/or lead to the slaughter by a small group of dudes who can outthink them.

The series turns out to be a lot of fun. And, yes, they must have used half the fake blood available on the market, but you somehow get desensitized to watching Homelander use his laser beam eyes to cut people in half. And despite my constant fascination with Jack Quaid’s half-Dennis Quaid, half-Meg Ryan face, I even got used to that. I did never quite get used to Karl Urban’s weird accent, but he’s otherwise terrific as the leader of The Boys. Capon is also very good, and does an admirable job with his French accent. Although I imagine a native Parisian would think otherwise. I do find Starr a little hard to look at — there’s something off about his face — but he makes a good psychopath. Erin Moriarty — who plays a central role as superhero Starlight — reminds me so much of Kristen Bell, I kept forgetting I wasn’t, in fact, watching her in some sort of fifteen-year time warp. Overall, the acting is pretty excellent, the dialogue snappy and often funny. The scenarios, although pretty gross, can also be pretty damned funny as well. Dark humor, of course, but that’s kind of the vibe here. Granted, the scenes that were supposed to be in NYC were so clearly not in NYC. They weren’t quite as bad as The Strain’s similar Toronto-for-NYC obviousness, but the location falseness is pretty laughable, especially when compared with something actually shot in NYC like Russian Doll or The Undoing. Of course, NYC doesn’t play a huge part in the narrative, but I suppose we just have to get used to non-NYC people thinking there’s tons of parking and clean streets all over the place. Damn you Canada!