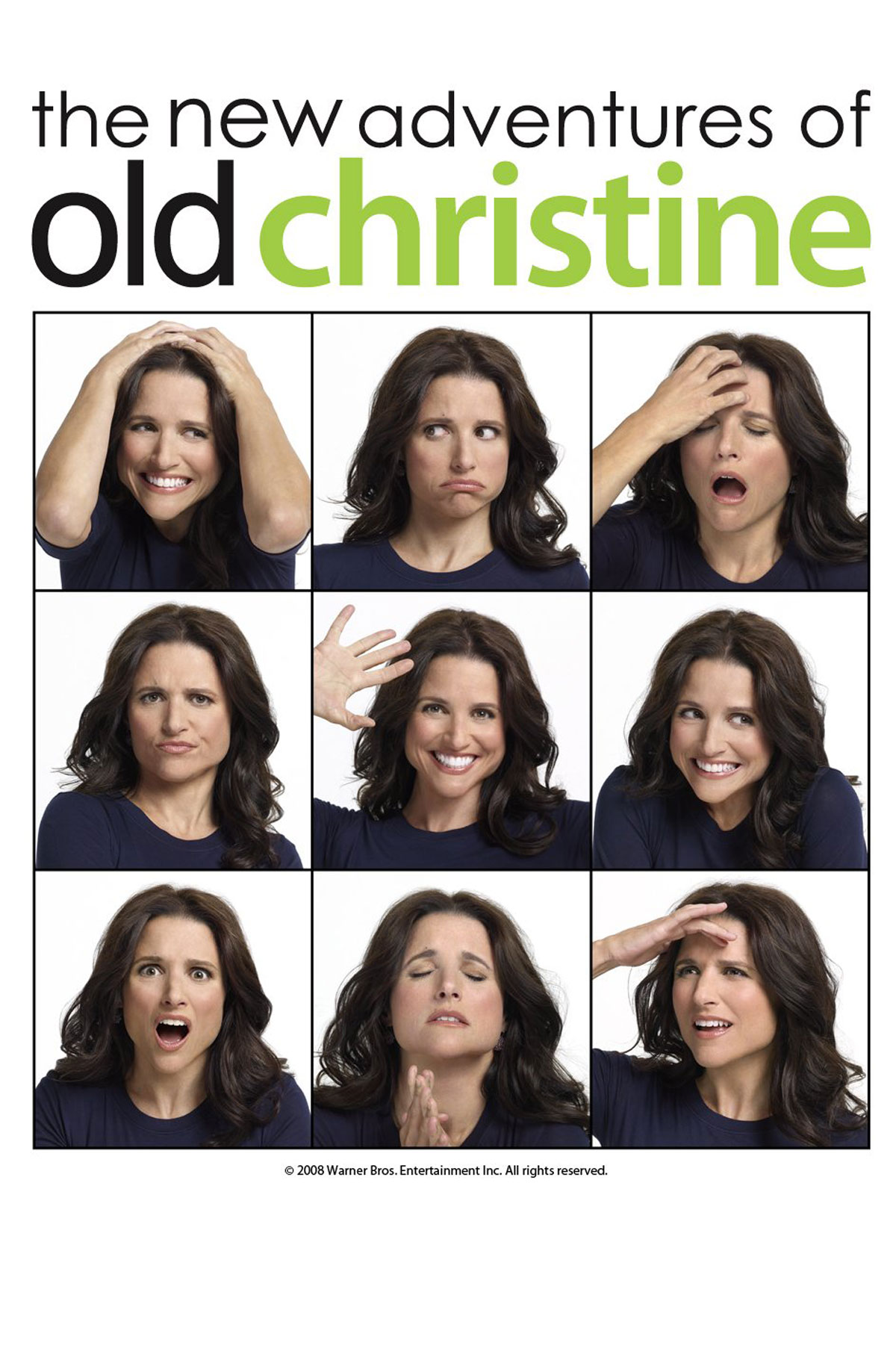 So, this is where I’m at. I mean I thought I’d hit rock bottom re-watching the entirety of Lost, but this is a new low. I call it hate-streaming in the time of COVID. Series like The New Adventures of Old Christine, which is a show of which I’d probably seen two episodes on an airplane in the mid-2000s at some point and thought they were entertaining. But decided to grit my teeth and power through five seasons and 88 episodes just because I hate myself and my life that much. Plus, I really like Julia Louis-Dreyfus. : )

I’m not certain if this is the first CBS sitcom I’ve ever watched, but it’s the first show on that network I’ve reviewed on this site. I think these days CBS is like 14 different NCIS shows and 26 others that are essentially NCIS, but under a different name. It’s a network for ancients, dullards and unserious television watchers. It’s a straight dumpster fire for anyone looking for original content, but probably great for people who like scripts written by an AI bot. Granted, I’ve never watched any of these programs, but just flipping by them and taking them in for five seconds makes my brain start to melt.

So what makes Old Christine a different animal? Well, it’s a series that started its run in 2006 and ended in 2010, so it’s well over a decade old at this point. And that was a different time. A time when networks created vague vehicles for funny people. Even CBS, apparently. In this case, they took a very thin concept, put a proven talent in the middle of it in Louis-Dreyfus and then hired a small group of supporting cast to amplify her talent. In this case, the pitch probably went something like: Imagine Elaine Benes has escaped her Seinfeld friends, moved to LA, and ten years on has settled into middle-age as a divorced mother with a complicated relationship with her ex-husband (Clark Gregg), brother (Hamish Linklater) and best friend, Wanda Sykes. She’ll be the same neurotic, self-absorbed Elaine, but thrown into a fish-out-of-water situation amongst the “LA-types.”

Sounds like a winner, right? After all, people loved Seinfeld. And while this show is nothing like that one, it’s impossible to separate Louis-Dreyfus’ Christine character from Elaine. The show at one point even inserts a very short referential dream sequence in which Christine finds herself at Jerry’s apartment door. Sure, it’s a slightly more evolved version of her, which I suppose comes with being the title character. But many of her same foibles, quirks and behavior remains. She’s one of those unlikable, likable characters. She makes bad decisions, isn’t the brightest, is a selfish friend and isn’t particularly empathetic. But she seems like a fun hang and feels, in her disastrous abnormality, as the most normal person in the show. She’s a character that says to people in a bad place: welp, things could be worse; you could be her.

So, Christine and her husband, Richard, are separated and eventually divorced. But they remain incredibly intertwined in each others lives. They use their son — also named Richard — as an excuse at first, but it becomes clear from minute one that they have an usually co-dependent relationship that tends to drive a wedge between any new person in either of their lives. Also part of the mix is Christine’s stoner younger brother, Matthew, who lives in her guest house, is constantly trying to find himself and maintains another weirdly co-dependent and sometimes verging-on-incestuous relationship, which drives quite a bit of the humor between the two. Enter “New” Christine, Richard’s new girlfriend, who also happens to be named Christine. She’s young, pretty and sweet and, like Richard, not particularly bright. She acts as the foil to the newly dubbed “Old” Christine, though the rivalry is purely one-sided.

This dynamic pretty much lasts all five seasons of the series. Men come and go in Christine’s life — including her son’s hunky teacher, Blaire Underwood, New Christine’s father, Scott Bakula, and an awesomely mustachioed Andy “Sad Dad” Richter. She and Richard’s weirdly close relationship confuses the hell out of everybody, and everyone suffers at the hands of the Statler and Waldorf meanie mom duo at their son’s fancy private school at which they’re constantly dubbed as “poor.” All the while Christine thinks (and constantly tells people) she’s a good person because she drives a Prius and has a black best friend. Even though she’s never voted. Her character clearly lampooning those Los Angelinos who think they can dismiss their casual classism, racism and disinterest in general equality because they compost or once volunteered to hand out towels at their gym.

The show certainly feels more like an NBC sitcom from the early 2000s, with lots and lots of jokes about sex, relationships, Christine’s wine consumption, boobs and at least a dozen instances of her walking into her house with her bra in her pocket after a date. There are jokes about alcoholism, eating disorders, Christine’s aforementioned casual racism and the general blockheadedness of the show’s characters. There’s some drug humor — mostly around the stoner brother character — and some low-key gay humor around the son, Richie, and the relationship between Old Christine and Wanda Sykes. So, not exactly CBS stuff — at least in its current iteration.

It is interesting to see a sitcom revolve around a 45-year-old woman and her single life. Although it’s not the first relatively successful series I can recall just off the top of my head, having watched Cybill (whose star Cybill Shepherd was exactly the same age at the time) and Veronica’s Closet (whose star Kirstie Alley was also right around 45) back in the day. Despite a history of these shows making some sort of dent, we were certainly more used to male comedians and actors getting their own shows where there was maybe might be a secondary role for a wife. This series was funny. The series certainly had its fans, I imagine. But after five seasons they clearly canceled it before the show’s creators expected it. I’d read somewhere that were some accusations of misogyny built into that decision, which wouldn’t be surprising. But, ultimately, Old Christine didn’t get the ending she wanted or deserved. Which is disappointing to her, I’m sure, but it’s also disturbing to my hate-watch brain, which just wanted some closure I didn’t get. It interesting to watch this in a Seinfeld-to-Veep evolution, as it certainly feels like a natural middle-point in the of the same character’s move from cocksure NYC youngster, to new divorcee trying to find her footing to full-blown insecurity monster just trying to cuss her way to success.