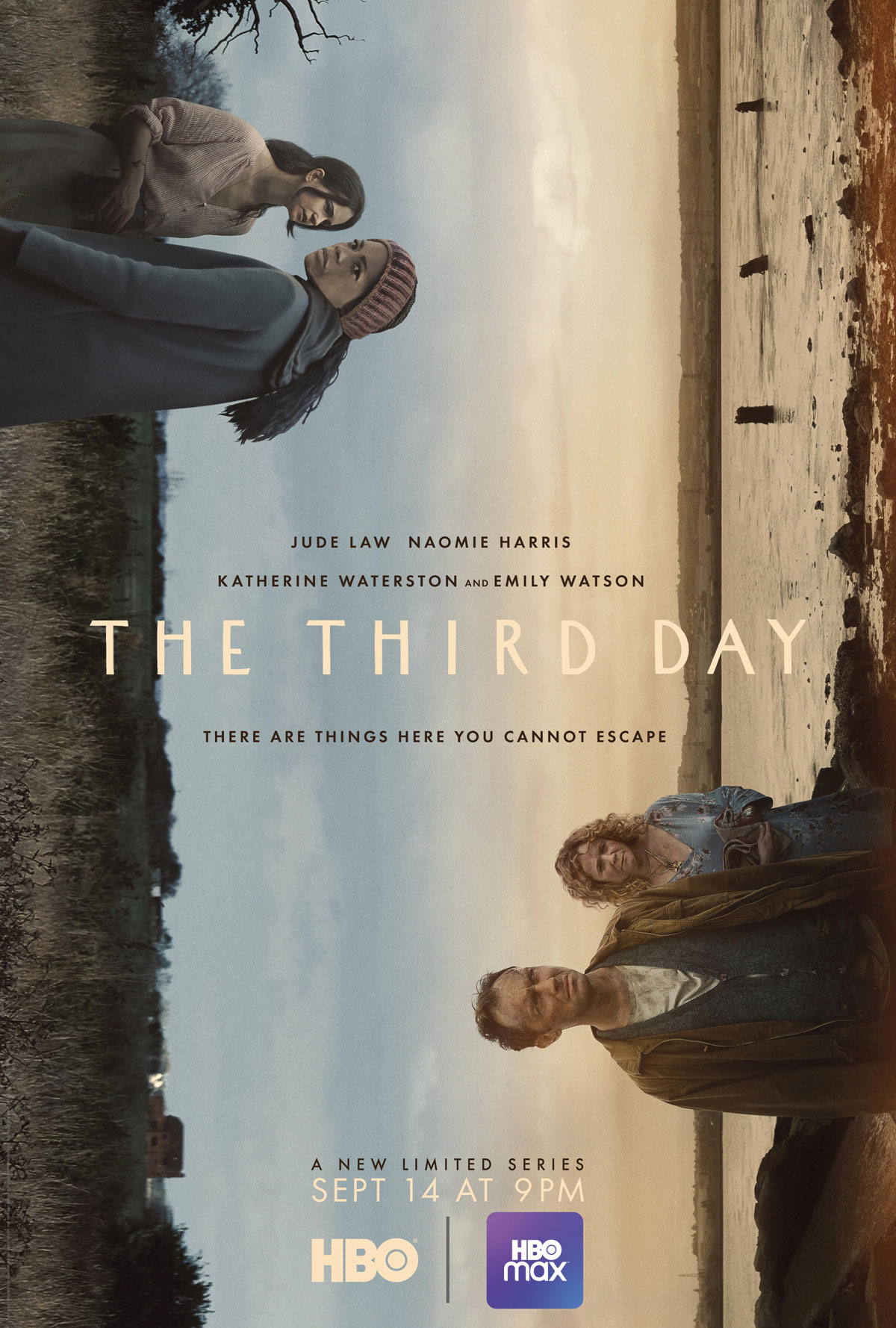 On paper The Third Day seemed like a home run. Seemingly one part The Leftovers and another part The Outsider, it looked like it had creepiness, some mysterious magic and the lush look and feel of peak TV. Honestly, I have no idea why I thought these things after watching a trailer and reading a few things, but it only kinda-sorta ended up resembling either of these shows in any way other than it’s on HBO and involved some mystical type stuff.

The show started strong. It gave us that mystery. It stimulated our senses with amazing helicopter shots and striking scenes of wind-swept oceans. It had a heft that brought some dread and started to build something that felt magical and psychological in a good sense. But then, as is the problem with a lot of these shows (including The Outsider, frankly), the mystery turned into something more concrete and got lost in its own head. And in its own meandering narrative and seemingly senseless violence. A shame, really, as it had some good bones. And despite it really falling apart, I do appreciate the effort.

The plot is relatively basic, but is supposed to be deeply symbolic. Which is how we roll these days. Sam (Jude Law) is the father of a dead son who comes across a teenage girl trying to kill herself in the woods. He saves her and brings her back to her home on this mysterious island called Osea (which is actually a real place). The island requires one to drive across a causeway from the mainland, which is under water save a couple hours during the tide change during the day. It’s a cool setup, but one that has tons of issues plot-wise. Anyhow, Sam comes to the island, and its inhabitants, who have weird religious beliefs, are clearly trying to keep him from leaving. Frustratingly, he has tons of opportunity to leave to get back to his wife (whom he can’t call due to bad cell service), but is always stymied by something stupid. It’s a trope, of course, but it doesn’t make it any less annoying, and caused me on several occasions to yell at the TV for him to just get in his car and leave.

Ultimately things turn weird. And I’ll leave it there in order to not spoil anything. Then, three episodes in, there was apparently a 12-hour live streaming event that I didn’t watch. Because I just didn’t want to. Episode four then changes perspective, with Helen (Naomie Harris) coming to Osea with her two daughters ostensibly to celebrate her older daughter’s birthday on a creepy island. Weirdly, we kind of have to go through some very similar machinations we did with Sam, as she experiences the oddball behavior from the island’s residents and some “art” that should have been a signal to immediately leave. But it becomes clear pretty quickly that her story about getting away for a little birthday vacation isn’t her ultimate goal. Thing is… if any normal person experienced even one-tenth of the hostility and weirdness, they would have packed up the station wagon, waited for the causeway to open and hauled themselves the hell out of there. And probably gone straight to the police on the mainland side. But, no, everyone who comes to this island loses all sense of self and can’t seem to time anything properly. Which makes for a frustrating watch as they constantly miss the opened causeway.

Again, talking too much about the plot will spoil some twists. So I’ll focus on the themes. The first is the whole “dealing with grief and trauma” thing. Which has become the way we construct much modern psychological horror and mystery these days. See The Babdook and The Haunting of Hill House as prime examples. We supplant the actual grief and trauma suffered by our characters with manifest horror. This show is in that vein. It’s not horror specific, though it does have tinges of it around the edges. The menace is there. But we know Sam has suffered a terrible loss and somehow Osea has become the manifestation of his pain. To add to the modern tropes, it’s also pretty clear that he may be a pretty unreliable narrator — due in part to some obvious trauma-induced psychosis. The issue is, the series can’t make up its mind what is and what isn’t part of his damaged psyche and what is actually real. And by the end it’s completely unclear what the heck Sam’s craziness serves. He is both “the darkness” and the healer of Osea. And Osea is the heart of the world and as goes Osea, so goes society. Or something. It’s all very convoluted and becomes even more confusing when we add in our third main character, Jess (Katherine Waterston), who starts off as one thing and ends in a completely different one with no seeming transition. Perhaps that happened somewhere in the 12-hour livestream, but her switch is dramatic and completely unearned.

The series ends in an inevitable bloodbath. I just don’t love when we go from psychological dread to shooting, stabbing and bludgeoning in order to get to a conclusion. It feels weak and, in a supposedly intellectual series like this, like a copout. But maybe that’s just me. Murder and mayhem does solve a lot of problems and tie up a lot of loose ends. But I think they could have added another two episodes to this six-episode series and maybe could have found a better way to get to a good place. Maybe not. Whatever the case, there were some cool things going on in this show. There’s some good acting from the leads and supporting characters like Emily Watson and Paddy Considine. And Ms. Hipster was totally correct that young (and talented) Nico Parker looks remarkably like Thandie Newton. Because she’s her freaking daughter! And there are some really amazing visuals from episodes 1 – 3 that will stick with me. The POV is very strong and the direction pretty darned effecting.

It would be tough to recommend The Third Day to anyone beyond those who are looking for something cool to look at, or wanted to be whisked away from anything having to do with anything. But for those with a high “WTF” tolerance and appreciation for what amounts to experimental theater, it might be worth a binge. If for nothing else to experience a completely insular and original piece of content unconnected to anything else out there.