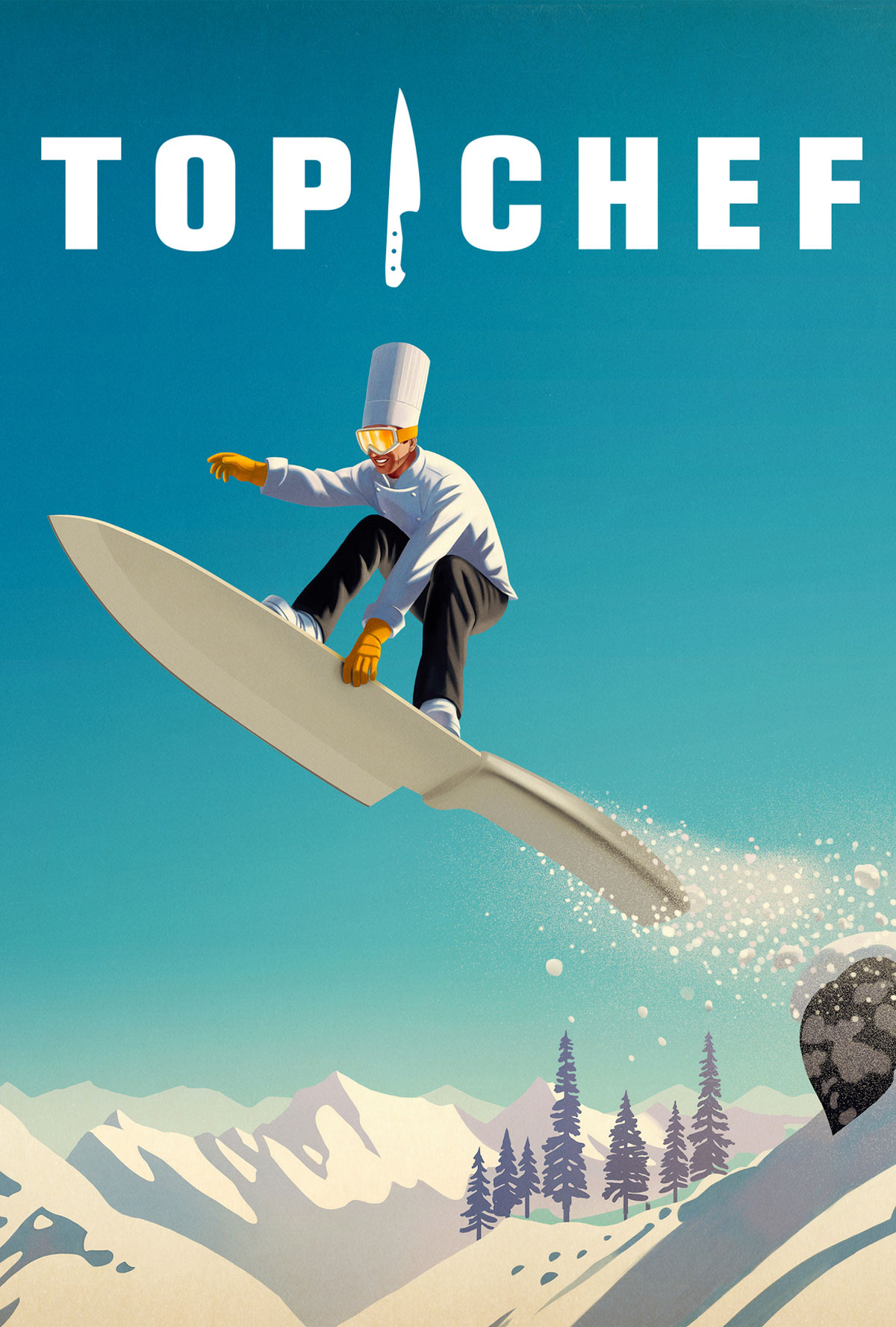 I’ve been watching Top Chef for fifteen seasons now. It’s hard to believe in all that time I’ve only ever eaten in around five restaurants of those contestants, but for some reason don’t necessarily feel a connection to the show outside of watching the people on it come up with inventive dishes. And, honestly, I’m not even certain why I watch these cooking shows, including the way-inferior cooks on MasterChef. After all, I can’t taste the stuff myself. I barely even dabble in cooking other than steak, burgers, grilled chicken and the occasional pot of chili. I suppose there’s something satisfying about watching someone plan something made up of disparate components and have it come out as one, whole piece of art. Most of that satisfaction, however, comes as a side effect of listening to the judges’ praise and the adjectives that they choose to apply to that grub that we can only eat with our eyes.

So how do they continue to put together a successful show fifteen years in? Sure, they can continue to up the ante in terms of the hurdles and obstacles they throw in the contestants’ way, but those often feel unfair and/or silly to these serious chefs who would otherwise not have two hours to cook for a group of 200 people or have to dig their utensils out of a block of ice before getting to use them. I’ve always felt these limitations they place on them are just kind of stupid and often times eliminate talented chefs because they end up often times not cooking “their food” because of some asinine challenges. That aside, Colorado itself presented some built-in challenges to the contestants this year. Mainly cooking at altitude. Apparently that shit messes with a bunch of stuff, from the time it takes to boil water to baking times to whether or not stuff that would normally set will set. It’s not a surprise that a Colorado native — despite making “fancy toast” a few times during the competition — almost made it to the finale.

But, ultimately, this season sagged. I think Colorado certainly had something to do with it. Colorado, lovely and snowy and whatever, but definitely without any type of discernible character. From the restaurants they go to to the kitchens they cook in, to the famous chefs they managed to get for this season, everything just seemed super-vanilla. You had no old-world flavor you have in NYC, Chicago, San Francisco and New Orleans. And none of the flash that you have in LA, Miami or even Vegas. Or even the character of somewhere like Texas, Seattle or Charleston, SC. These were all previous locations of the show and each brought its own flavor, be it super-fancy, big-name chefs, awesome local haunts, or just some sort of targeted area cuisine or character that really drove the season’s narrative. Colorado, for all of its scenic vistas and, uh, snow, felt insular and generic. It robbed the chefs of the usual stories they get to tell about what they’ve learned to integrate into their food from the area. Plus, it just felt a bit amateurish because of the lack of guest star-power and, quite honestly, the lack of star-power on the part of the contestants themselves. Usually the group, when going through their bios at the start of the show, crow about their “best young chef” or James Beard awards, or whatever, but I heard none of that with this crew.

Every reality show needs a bad guy. It’s just how TV works. And most seasons of this show has a jerk or two. The guy or gal who does the classic “I’m not here to make friends” thing and is someone nobody wants in group challenges and throws folks under the bus and is just generally reviled, but is always a threat to win it all. There was a little bit of that with chef Claudette Zepeda-Wilkins, who got booted and then shredded people in Last Chance Kitchen, but even that felt a little contrived and she ultimately wasn’t interesting enough to be a true villain or contender. But, like the bad guy, there are certain tropes and beats the show needs to hit. They’ve been hitting those same beats for fourteen seasons and they rarely, if ever, change. They’re going to give you little snippets to foreshadow things (usually hinting at why a dish is going to fail) and, mostly through creative editing, build drama as to who is going to be kicked off, but after so many years of watching, those hints have become a bit stale and obvious. And because you know what’s coming, it feels sometimes like the show’s creators are just being a little disingenuous at times. But I get it; drama is drama and this a contest that needs that to be successful.

I just feel like this was an off year. Tom Colicchio has stretched his wings a bit, hitting twitter hard as a hardcore anti-Trumper and has really leaned into his persona on the show as a kind of anti-Gordon Ramsay, choosing instead to mentor and come at things in a constructive way, rather than the fire and fury method that has made Ramsay’s television career. And he’s always enjoyable and a seemingly kind dude, but his measured feedback, even during a two-episode span when everyone apparently forgot how to cook, came across as a little too professorial in a season that was otherwise kind of dull and needed just that little bit of fire to juice it. They’ve also poached Graham Elliot from MasterChef, whose personality is not unlike Colicchio’s, bringing good feedback, but in his former position as the “nice guy” between Ramsay and the even scarier Joe Bastianic (who I’m not sure we’re even allowed to talk about anymore), he’s just another considered voice in what amounts to a very polite, somewhat boring show. It looks like season sixteen is going to be in Kentucky. I think that perhaps this program has jumped the soufflé.