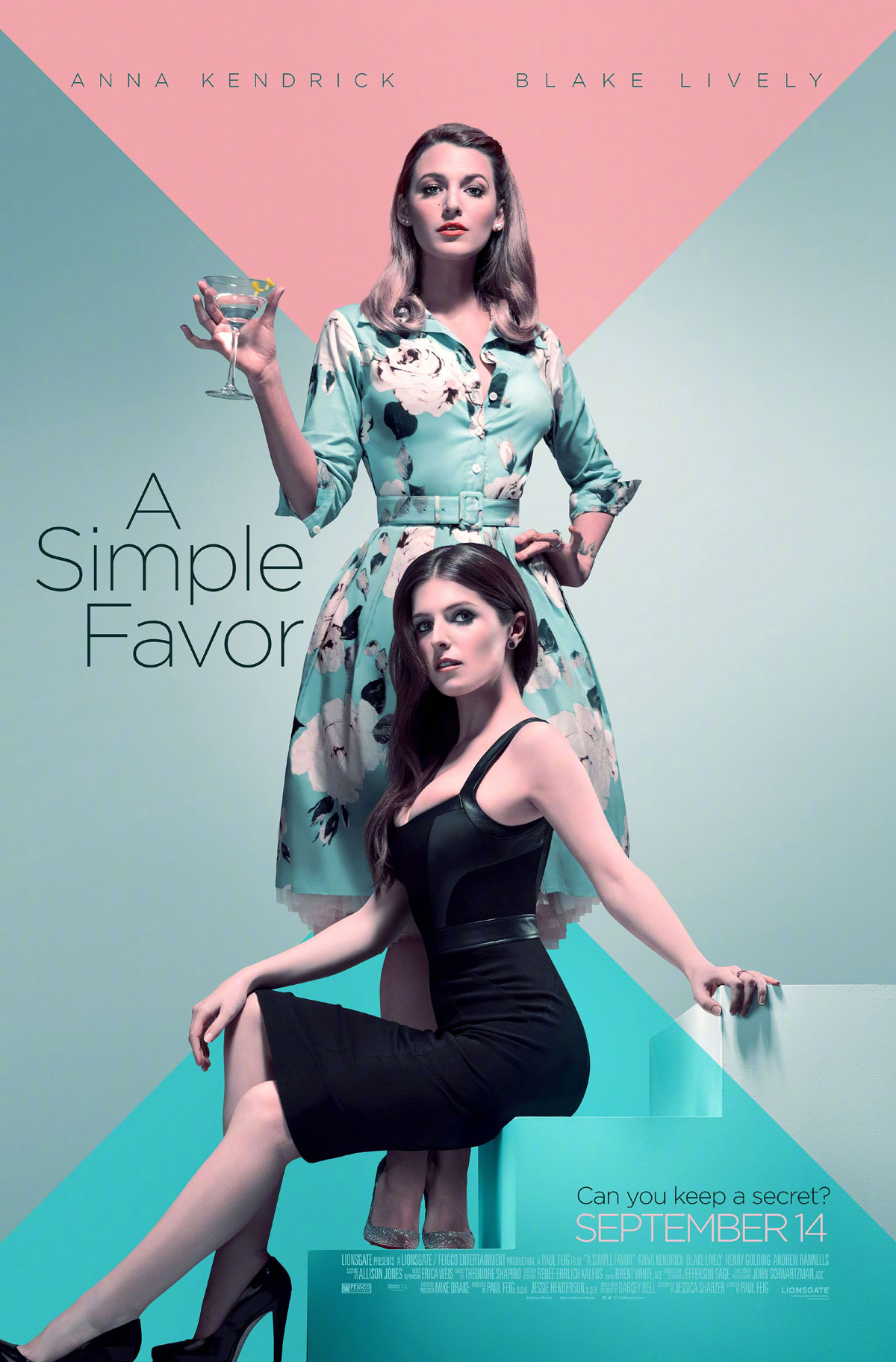 I recall seeing the trailer for this movie and being intrigued. After watching movies and television shows that take crime super-seriously, it’s always cool to see someone attempt a black comedy, mystery mashup. There is a long lineage of this, of course, with movies like To Die For, A Fish Called Wanda and even Gone Girl to some extent. Of course some of these are more farcical and goofy than others, but keeping some of the sophistication of the crime while doing away with some of the self-seriousness is an attractive trait. I thought Big Little Lies might do more of that, but it veered way too far into the dark and less of the comedy. Maybe this is like a mashup of that and that The Devil Wears Prada movie I’ve never seen.

The thing that really makes this movie is the actors. I can’t say I have a ton of experience with Blake Lively outside of The Town, but I am a new fan. She plays the aloof, don’t-give-a-fuck Emily character to great effect. She’s sophisticated and breezy and sexy and funny and scary all at once. It feels like this twist on the femme fatale was written for her. Anna Kendrick as mommy vlogger Stephanie is also perfect in her Tracy Flick-ness. Her over-achieving intensity and nervous energy definitely align with other Kendrick performances and are perfect for the hair-trigger character she’s asked to play. She really manages to play off of Lively’s domineering personality, showing both subservience and, ultimately, the sly smarts to overcome.

I can’t go too much into the plot here, as it’s a big part of the mystery and twist and all that. But the setup and resolution is a little clumsy and a little cliched, but watching the characters get there diminishes the flaws. There are also some oddball elements in the storyline that are a little perplexing, but I just kind of rolled with it. The topline is that fancy-pants executive, Emily, asks widowed vlogger, Stephanie, to pick up her son from school one day (their sons are friends) and proceeds to seemingly disappear. The two women had become “friends” over the months leading up to this, but evident to everyone is that Emily is using poor, earnest Stephanie almost as a nanny and play thing. So when Emily vanishes, Stephanie starts trying to find her because she’s her best friend. Her talking to the camera for her vlog is used as a narrative device to tell the audience the backstory of what happened and what her current investigation looks like. It’s clever and showcases Kendrick’s awesomeness.

Like Gone Girl, we get different perspectives from the disappeared person and the person searching for her, filling in the narrative along the way. It gets a bit convoluted and some parts are a little yada-yadaed, but this is a comedy at heart, so they don’t veer into the creepiness that they could have steered into. You know, minimize the jump scares and faces appearing in windows and instead have Stephanie stuck in a dress of Emily’s that she’s tried on while the police come to question her. You know, lighten up what looks like a murder mystery.

And, don’t get me wrong, the twists are fine, but I’m used to indie movies where things end in bloodshed and darkness, which isn’t what this film is aiming for. It’s aiming for an excellent showcase for these two immaculate performances and for fun. Yes, fun. I know we’re not supposed to do that anymore in our movies, but this is actually an extremely watchable pop movie. But not in a juvenile, Apatow kind of way. It’s like an adult fun, pop movie. The equivalent of a book club book that everyone adores. I could see rosé watch parties using this as their maiden voyage and touchstone. If that’s such a thing.

There is very little consensus in the world these days. But I truly can’t imagine anyone disliking this film. They may not think it’s high art or put it in the great films of all time pantheon, but sometimes we just need good entertainment. And this is that.