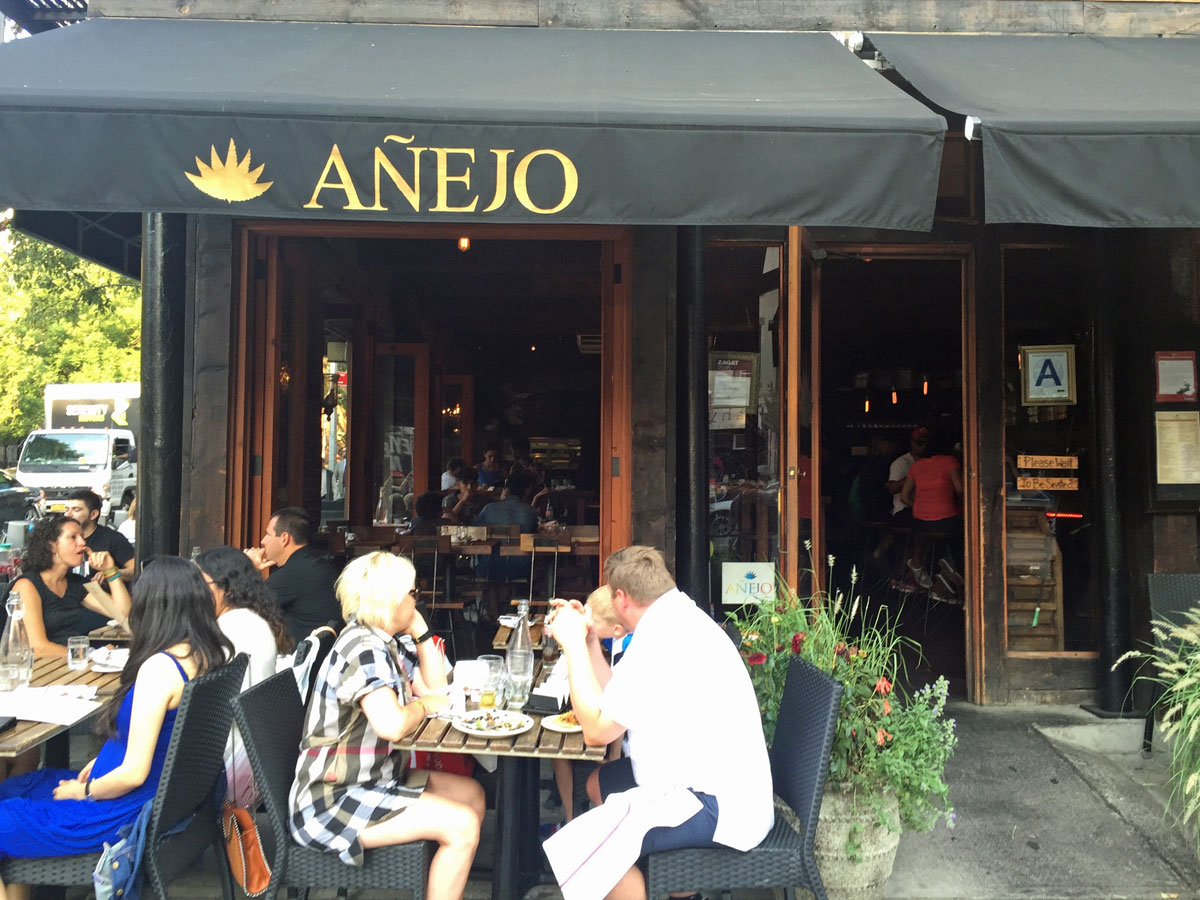 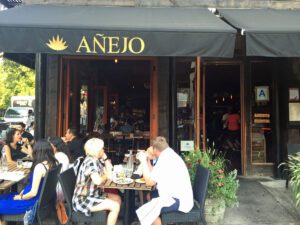 In my experience with Mexican food, which began as a small child in Los Angeles, it was never dainty. Burritos like baby arms. A mess of refried beans that takes up half the plate. Tacos stuffed with stuff. But this is not the type of Mexican food to which Añejo subscribes. Instead, they go the dreaded small plate route.

Angelo Sosa, the restaurant’s owner and former Top Chef nice guy, apparently thought the small plates went well with the small space. I mean, this joint is tiny. We had a large group that took up the one long table in the rustic brick and dark wood dining room. To my back was a small bar and on the other side of our table just a couple tables for four. So we practically had the run of the place. And, the nice thing is it felt that way.

The ambience was really warm and inviting. The decor is upscale authentic, the room is lit well and everything feels very thought through. And the waitstaff is incredibly pleasant and helpful. I mean, you gotta get your margarita recommendations from someone, right? And damn if those things weren’t absolutely delicious. Pitcher after pitcher. After pitcher. So many that I barely have a recollection of the food. I grabbed and passed and grabbed and passed and talked and mostly drank.

And, ultimately, I had a great time. And fuck it that there weren’t any burritos, or really even any beans. The food did feel familiar in a Mexican-fusion way — empanadas, for instance, aren’t the Mexican I’m used to — and the flavors were certainly of the region. So the whole of the meal certainly provided that comfort that one looks for in one’s homey meals. The food certainly isn’t cheap, but I don’t recall our group’s bill being over-the-top outrageous. All in all a pretty nice night out.