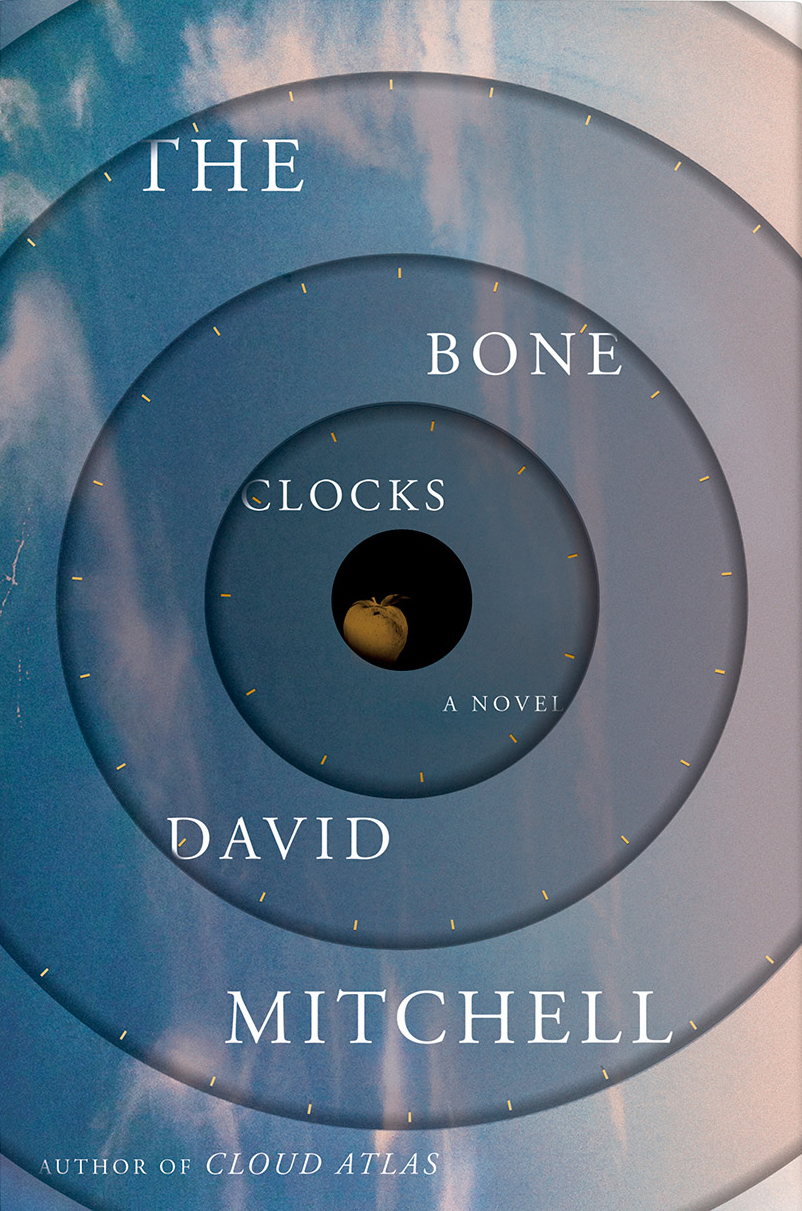 I’ve been a fan of David Mitchell over the years. I loved his mystical sci-fi stuff (Cloud Atlas) and his kind of spiritual, magical realism stuff (Ghostwritten) as well. I even went with him when he moved on to a straight coming of age story (Black Swan Green) and on to historical fiction (The Thousand Autumns of Jacob de Zoet). But, when I heard he was delving back into the alternative realism thing again, I was as psyched as Daniel Day Lewis given the chance to over-act. After all, the man had, along with Murakami, kind of mastered the mundane exceptionalism.

But this, The Bone Clocks, instead of going for the subtle, creepy and mysterious went right for it — the magic and bizarre other-worldly battle between the dark and the light. It felt more Stephen King, honestly, than anything else I’ve read in quite a while. Though with less weight and less practice.

The plot comes down to two groups of immortals — one a kind of reincarnation, Eastern philosophy thing and the other more of a vampire-like organization. The first thing that kind of soured me to the whole idea was a recent show, Intruders, that really, really sucked. I think I got through half a season before giving up on it, which is unlike me. And this book had almost the exact thing going on, which is unfortunate for all of us. On top of this not-so-original idea of two organizations fighting each other over centuries of reincarnation and vampiric soul sucking, there is an odd looseness around what exactly they’re battling for. It doesn’t seem that humanity at large is in danger if the good guys lose or that the planet will blow up or anything. Though the stakes are really not all that clear. And the good guys almost come off as hippyish in their approach to defeating the bad guys — full of self deprecation, jokiness and general mushiness about their plan and their abilities to actually win.

That said, the writing is wonderful, as usual, but there are certainly parts of the book, especially the big end battle, that are a bit hard to follow in the physical space. Granted, the space they inhabit isn’t really dimensionally real, so I suppose it would be a challenge for anyone to describe. But I just wanted more concrete details and precision in the narrative. Also, as part of the conceit, the reincarnates are telepathic, so he is always having to delineate if characters are speaking out load or what he terms “sub-mentioning” or “sub-suggesting” or “sub-sucking.” And that gets super-repetitive and annoying. Like to the point I think I groaned out loud at several passages.

So while I am by no means off the Mitchell wagon, I am cooled by an experience that I deemed subpar. Perhaps I was still smarting from my last Murakami read and was burned out on this genre, but I think I’m going to have to take a break from these longer alternative books for a bit — at least until Jonathan Strange II: Electric Boogaloo comes out.