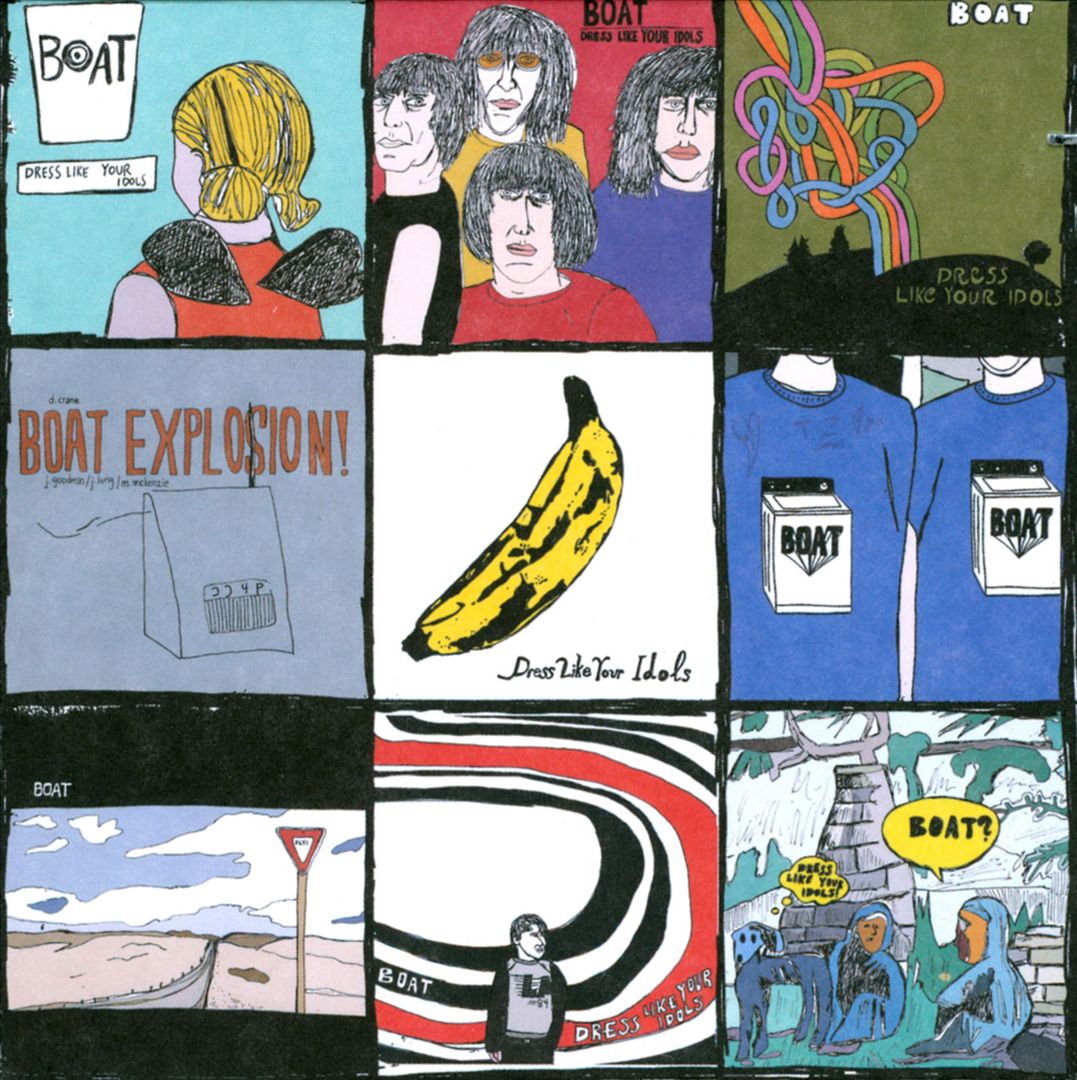 BOAT have always been your lo-fi, slightly screwy cousin. They make deliciously fun pop songs with a wacky, off kilter bent. They’re kind of unclassifiable (and ungoogleable) in their approach, throwing the indie rock hipster kitchen sink at their music, taking themselves not so seriously, but making subversively good music in the process. Kind of a more lo-fi, folksy Why?. But pretty awesome. On this album you can see where their influences lie right on their album cover, with everyone from Built to Spill to Matthew Sweet and most definitely Pavement. I don’t quite get the Pearl Jam or Ramones thing, but whatever. Right off the bat it’s clear that they upped the recording quality on this one, with a much fuller, grander sound. It’s actually a little confusing at first, this higher fidelity. But once I got used to it, it’s clear that their urge to be a pop band is being fulfilled with hand claps and driving beats and actual guitar lines and a sense of taking themselves more seriously. It’s kind of a Nada Surf-like transformation, but not quite as dramatic. This album is certainly a grower bound for repeat plays, but at times I miss the humility and humble goofiness of their last album. I guess all of us have to grow up someday.