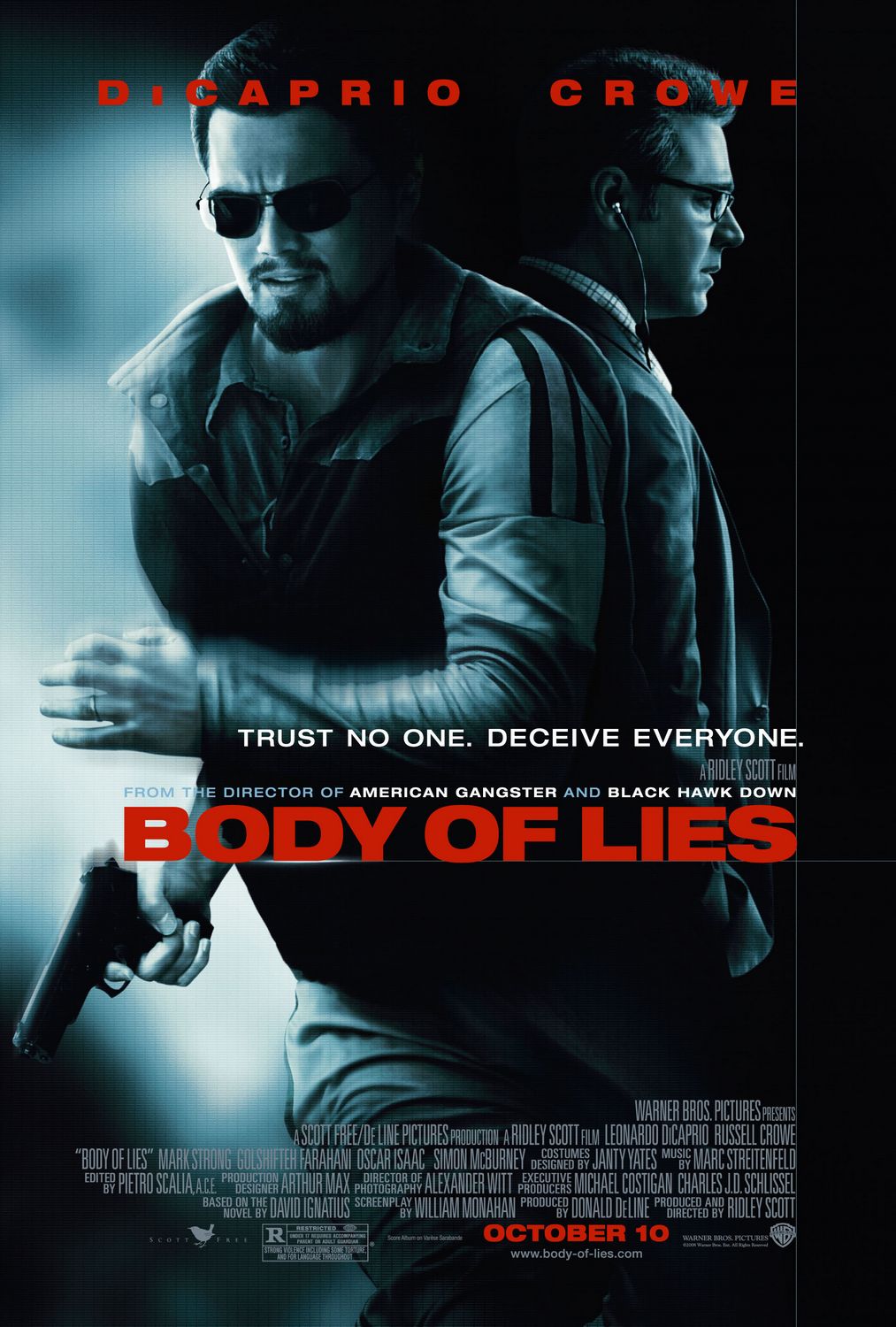 Many people complain that Syriana is too highfalutin, too hard to follow. Sure. But foreign affairs and the CIA and all that is confusing stuff. There are lots of players, intricate inner workings and cross-dealings. The names are hard to pronounce, and there are puppets of puppets of puppets. This film is like the goofy little brother of that movie–the weak ass attempt to create Syriana for the non-thinking man, the common man, the dolt.

The gist of this thing is that there are bombings being perpetrated around Europe by a shadowy group of Middle Eastern thugs. And then there’s Leonardo diCaprio, Russell Crowe and some guy literally sitting in a room with a bunch of computers. Leo is the guy on the ground shooting, torturing and chasing. Crowe sits at a desk or in his minivan on his phone in VA somewhere directing him around. Crowe’s hair looks stupid. His glasses look stupid. His acting is downright awful. Leo still kinda looks like the guy from Titanic, although he’s still more believable than Crowe, who’s clearly pissed that someone made him take this part. He should be the one running around shooting dudes, not the guy with the giant gut picking up his kids at soccer. When did he become the middle-aged softie? This whole thing is waaay more interesting than the movie itself, which plays out like another tired terrorist plotline from the choose your own adventure series.

Add to all this the fact that Ridley Scott clearly became enamored with the unmanned drone camera, and uses it throughout–despite what I can only imagine are total bullshit shots of deals going down, chases being done and folks being shot all in high def. The movie seems to be going absolutely nowhere as people mess up set-ups, people get kidnapped and Leo and Crowe snipe at each other. Enter the love interest (of course). And this is the death knell in terms of even pretending this is going to be in any way a serious movie. Leo gets bitten by a dog and has to go for rabies shots. Surprise, the nurse is a hot Muslim! Watch this brutish guy show her respect and get invited to dinner and ultimately decide to throw it all away for this woman who would never ever ever be interested or allowed to be involved with this man. Silly beyond belief. And then there’s the bad Doogie Howser ending. Ugh. Horrendous.