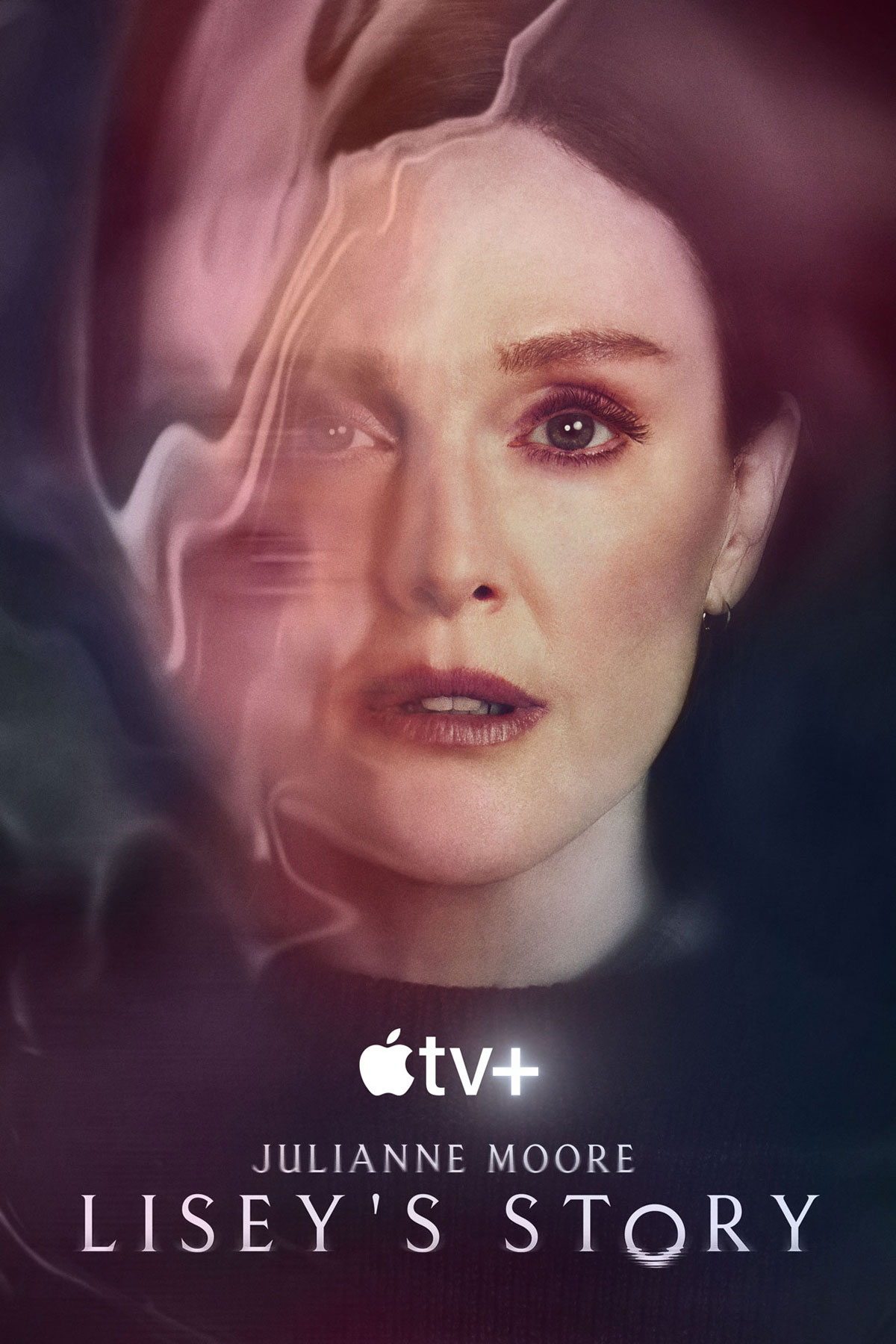 I quit Stephen King decades ago. His books, at least. But it seems like I keep running into his movies and shows and whatever else. Some things are decent. Some are just ok. And other things are kinda painful. And then there’s Lisey’s Story, which is just… confusing. I’m not saying my feelings about it are confused. I am literally saying that I watched it and I have no fucking clue what was going on about 82% of the time. And, honestly, even when I did get what our characters were doing or where the action was bringing us, I mostly wondered why. Why was this thing so overly convoluted and pseudo-mystical in an unappetizing and unsatisfying way?

This show — as you can see from the poster — is all about Julianne Moore. She is Lisey. Which I still have no idea how to pronounce. And I swear several of the actors don’t either. They either botch it or mumbl it to cover the fact they don’t know if it’s Leesey or Lisey or Lissey. Speaking of mumbling, have we figured out why Clive Owen is a thing? His Character, Scott Landon, is supposed to be this singularly American horror/supernatural book author with a large, dedicated following (like, say, a certain S. King). Then why hire a clearly British actor — who normally sports an incredibly thick British accent — to play this blue collar, low-class dude from Pennsylvania? His attempt to cover his accent is mostly unsuccessful, as he low-talks and forced me to either crank the TV volume or rewind to catch his dialogue on the regular. He’s also an odd-looking dude. Which I know he can’t help. But there’s something specifically weird about his makeup and hair in this one that is particularly creepy. In the same way your uncle Joey’s dye job looks as if it’s about to Giuliani down his temples. This is that.

The funny thing is, Scott is dead. He’s dead when the series starts, and dead when it ends. He appears in flashbacks and as a… ghost. I guess? But, I swear, I cannot for the life of me figure out how he died. I thought I knew. But then I didn’t. It was really fucking confusing. As is the entire series. The reality and unreality and kind of garbage editing and symbolism is confounding. The creators of the show had to know we’d lose track of what was what. The constant flashbacks, the shit that’s in Lisey’s head and the dead-eyed performance from Owen don’t help. At all. I imagine it’s somewhat akin to doing acid in a wormhole. There were periods during episodes that I definitely lost focus and thought about turning it off. It was all just too dreamy and floaty for its own good.

Oddly, the thing that saves the series — or at least kicks it in the pants every once in a while — is Jennifer Jason Leigh. I’ve never considered her a great thespian or anything, but her late-career resurgence as the sharp-tongued, fly-in-the-ointment is revelatory. She’s the only character that grounds this thing. She’s the audience avatar, almost calling out all this bullshit as stupid and over-wrought. She’s a realist; sarcastic and bossy. She plays Lisey’s sister, Darla, who feels like one giant eye-roll at the whole thing. And I’m feelin’ it. Otherwise it’s all weird nonsense and coded stupidity. And mysterious miniature lighthouses. Which — and I’m going to assume this was in the novel — feels like an odd thing for a dude from the middle of PA to be obsessed with. But not a guy from Maine, who happened to pen the associated novel and use the Scott Landon character as an obvious stand-in for himself. Just another non-sequitur in a series of non-sequiturs.

King is also a little too, uh, King-y in this one. There’s this whole dream world that characters can enter when water is present. That water, however, seems to be anything from a sink to a tub to a lake. It’s kind of bullshit. This dream world is where Scott lives. Or, rather, where he sits in what looks like an amphitheater in front of a creepy lake with some other people around. Who are those people? No idea. And some of whom are in shrouds? Yeah, I don’t know. And, get this. The place is called Boo’ya Moon. Why? I have no fucking idea. And what goes on there? I also have no idea. Other than the fact nobody can talk very loud because there’s a monster called, get this: Long Boy. Why, Stephen King, do you pick such stupid names for shit sometimes? Not to mention Scott and his dad — and subsequently Scott and Lisey — go on these things called “bool hunts.” Which are basically just scavenger hunts where one note with a clue on it leads to another note with a clue on it. Which, when Owen keeps saying it — bool — is completely indecipherable. Because he’s a mumbly fuck.

The rest of the show is about mental instability, self-harm and psychosis. The “bad guy,” if we were to assign one, is an obsessed fan named Dooley. He’s kind of your run-of-the-mill psycho. Dane DeHaan does as well as he can with this critically underdeveloped character, but you’d think a million decades into King’s career that he could do better than some cheap carbon copy of Mark David Chapman. Or just about any De Niro character from Taxi Driver to The King of Comedy to Cape Fear to The Fan. Man, that dude plays a lot of obsessed, loner psychotics! So this Dooley character is basically the incel version of all those characters rolled into one. But written as a flat, nothingman. It’s a disappointing Misery rehash of sorts. But Dooley is no Annie Wilkes. And I don’t think we’ll be getting the Dooley season of Castle Rock coming any time soon.

I’m sure you can tell from all the cussing that I was not a huge fan of this show. It tried and failed to be cerebral and mystical. Obviously King had something in his head that he wanted to put out there about his writing process and creativity and how a person’s past affects both. But instead he buried the point in too much smoke. And too many mirrors. None of which aligned. It’s a bit of a confused mess, truth be told. Shit, the thing is called Lisey’s Story, but the only real end-to-end story we get is Scott’s. Which, like the rest of all this, is weird. I get the vibe, but it wasn’t one with which I was grooving.