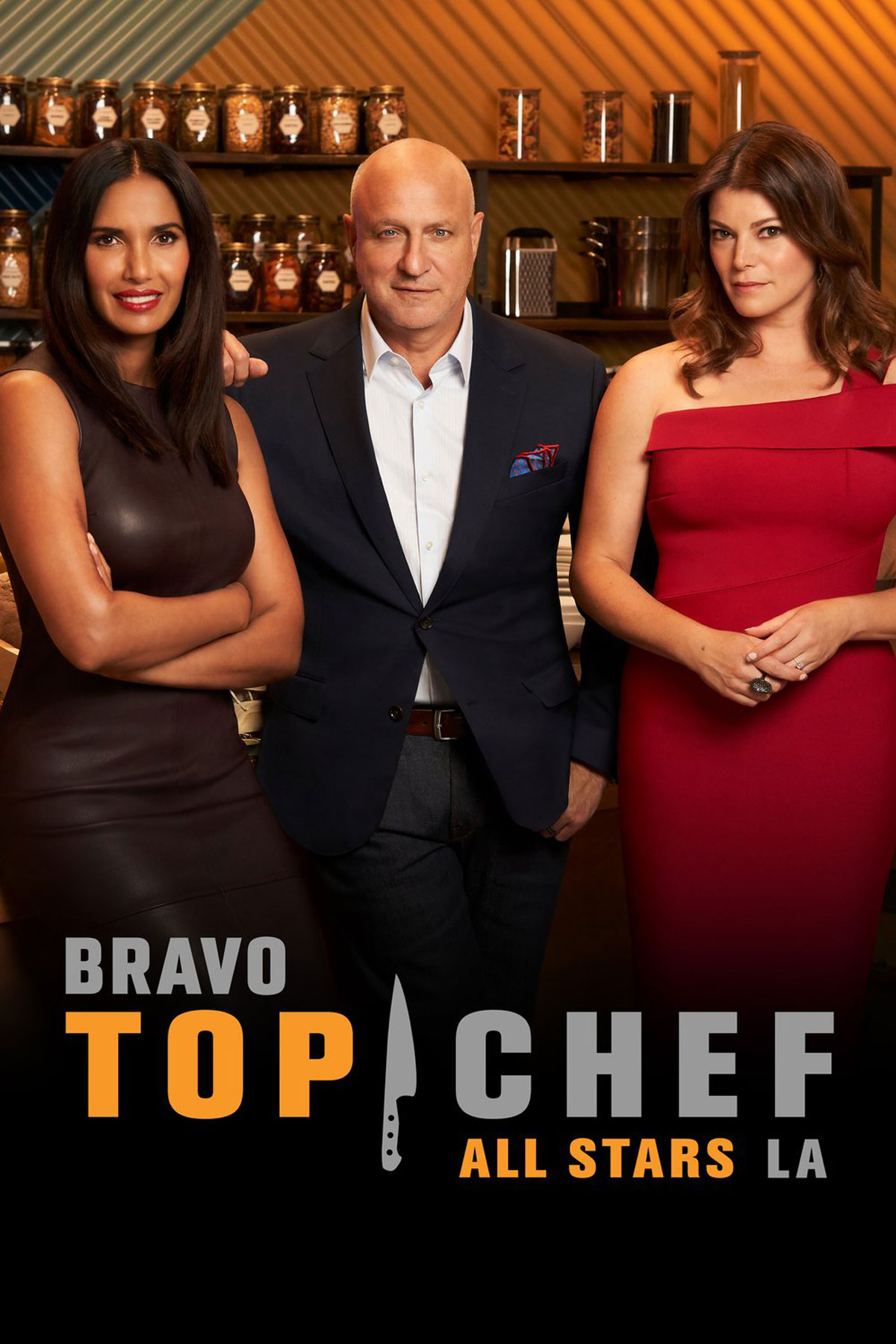 Look, if you’ve seen one Top Chef, you’ve pretty much seen all Top Chefs. This is actually season 17 of the show, so they’ve essentially been to every “food” town and had on every non-rapey (and some totally rapey) chefs that you’ve ever heard of. So it goes to reason that the show itself isn’t going to necessarily break any ground almost two decades in. But, instead, you have to find a contestant to kind of latch on to.

To root for someone whose food you feel speaks to you in some way. If your family is from a specific country or region that you feel one of the chefs particularly reps. Or maybe it’s one of their redemption stories. Or underdog status. Something, anything that you can either see in yourself or in your story that drives you to want that person to live. Even if it’s that you like cooking that’s more science experiment than culinary artistry.

The issue with this season is that it’s an all-star season. That means that these aren’t necessarily hungry, young chefs just coming up in the world. Or even new to the show. They are veterans in one way or another. And, honestly, it shows. Which, to me at least, takes something away from the competition part of the competition. The win-at-all-costs attitudes. The desperation. The drive. The Marcel Vigneron of it all. Never mind the fact there is $250,000 of San Pellegrino’s money at stake (and thousands of gratuitous shots of sparkling water), that never seemed to factor into things. In past seasons, you heard about and thought about what that money could and should mean to a young chef looking to get his or her first solo business off the ground. Here it seems like a bit of an afterthought. Not that the winner won’t appreciate it, I’m sure. And benefit from it. But it just doesn’t feel as crucial and as visceral to their existence.

Yes, I know Top Chef isn’t all about the competition. This isn’t Survivor. It’s about art and, to some extent, pride. I get it. If they were making, say, LEGO towers instead of fresh pasta, I would have way less interest. I do enjoy seeing the meals come together and the creativity they employ. I do miss the Richard Blaises of the world, though. The guys who put magic into their food. The Wylie Dufresne craziness from Top Chef Masters. Because, while there were some interesting chefs this year, the food felt somewhat dull and samey-samey. Granted, it was probably food I’d rather eat in real life than the eye-popping gastronomy, but it was mostly more rustic stuff that lacked some of the pizzaz and wow-factor of some of the previous iterations. I don’t mind subtlety when I’m in a restaurant, but I want spectacle on my television!

The fact I even watch these cooking shows and don’t really cook much myself (save throwing stuff on the grill) is an odd factor in the whole genre. You can’t taste the food they’re cooking. They don’t give you recipes, so it’s not as if you can really recreate them. In fact, these chefs are so skilled, it’s unlikely you’d be able to make this stuff even with a step-by-step. In this season, they’re all even likable. Even the slightly obnoxious Brian Malarkey is disarmingly charming once you kind of get to know him and realize his aesthetic has led to him being one of the most successful chef they have. We didn’t have a villain or even sketchy Michael Voltaggio, who always reminds me of Jeremy Renner’s scary-ass character from The Town.

Mostly it didn’t feel like the chefs took a lot of chances in this season. Sure, I think one of them tried the dreaded risotto. But mainly they stuck to cooking “their” food. Which meant Kevin Gillespie cooked southern food, Gregory Gourdet made Haitian stews, Eric Adjepong made African-inspired dishes and Bryan Voltaggio made very pretty, technique-driven soulless plates (that, oddly, on multiple occasions seemed to just ignore the actual challenge). And while some of these things looked absolutely delicious and were unique on their first go ’round when these contestants were on earlier seasons (especially the cuisine from lesser-known countries and regions), it kind of became old hat in this one.

There just wasn’t a lot of outside thinking. Not a lot of uniqueness. I appreciate they just wanted to cook the best version of their food, but there was nothing new. Granted, the person who actually ended up winning did do more of this than anyone else. They consistently mashed up styles and cuisines to create something authentically different. Which, I guess is why they won. And while I suppose they didn’t cook something inside a smoke dome or make like a bone marrow soufflé, it was recognized that in order to win what does amount to a contest, you have to be bold and creative and take risks. Otherwise, you’re just cooking food and not making art.