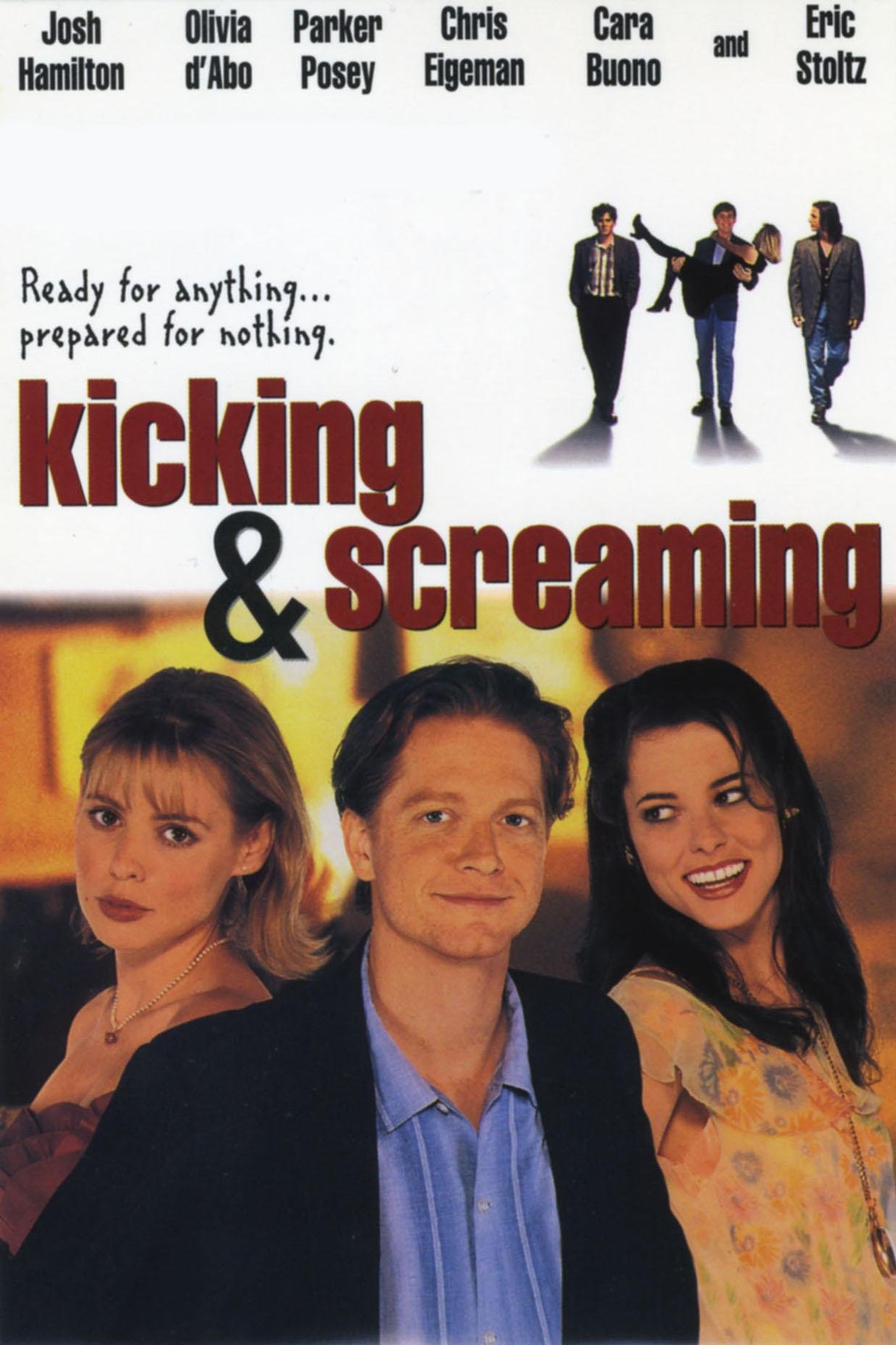 This 1995 film is supposed to be a Gen-X classic. Like a seminal piece of art that boiled down an entire generation into one wry indie movie. The thing is, the characters in this thing are exactly the same age I was the year it came out. Not the actors, mind you, but the characters literally graduated the year I did and are living out their first year as post-grads the same exact year I was. They certainly don’t dress like I did. They don’t talk like I did. They definitely don’t look like I did (despite on occasion being compared to Eric Stoltz in my lifetime). So I’m already confused by it. Plus, this poster is absolutely absurd. Not only is Eric Stoltz a completely secondary character who doesn’t dress like he is pictured (and his hair is totally different), he isn’t associated with either of the two women the photo seems to hint at. The marketing department was clearly going to light romantic comedy with a known star, but it’s really no such thing.

What it is is a downer. A group of hyper-literate friends who are uncomfortable wearing jeans and who are somehow still living on the same college campus from which they graduated the year prior. They still walk around the quad and go to the same student bars. The only one who escapes is Jane (d’Abo), who moves to Prague to “study writing.” I’m not certain who the hell goes to the Czech Republic to learn how to write whatever it is she’s going to write, but it comes off as more of a narrative hiccup to get her apart from her boyfriend, Grover (Hamilton), than something that is supposed to be realistic. It may even be some inside joke I don’t get. Anyway, these dudes hang around and talk. And talk. And talk. They have their shaman in the guise of ever-student / bartender, Chet (Stoltz), who essentially acts as a cautionary tale of where they might end up if they continue to hang around sleeping with freshman girls and not getting on with their lives.

One of my biggest issues with the film is the fact that all the white guys in it are indistinguishable. Like I literally can’t tell them apart. It seems almost intentional how director, Noah Baumbach, chose such ethnic homogeny. Such un-ethnicity, if that’s a thing. Four seemingly middle-to-upper-class guys who all dress in baggy chinos, tucked in shirts and unstructured blazers. As if Chandler Bing quartered himself and just started running with it. I think we’re mainly supposed to focus on the love affair between the aforementioned Jane and Grover. But the scholarly way everyone talks and the drabness of everything limits our real connection to a couple we’re meant to care about. I suppose Grover is the most human of the walking philosophy 101 crew, but his real passion for his relationship with his wayward girlfriend doesn’t come through until the final scene. And, even then, it’s not clear whether he actually cares or if he’s just freaking out. So, I suppose in some ways the cynicism toward caring and love is actually pretty Gen X.

There’s also the writing and the direction. Baumbach I think intended to tell a story about what relationships are really meaningful in our lives and what it takes to make them work. But he meanders. He has this whole thing about a character taking a gig at a video store that has absolutely nothing to do with the plot other than it gave Baumbach an opportunity to talk about movie genres and have some witty repartee with Dean Cameron (of Summer and Ski School fame) about being a filmmaker. He also includes a love affair between one of the guys and a sixteen-year-old (Cara Buono). I thought at first it was another goof and that she was just saying she was that old, but it turns out that, no, she’s sixteen (turning seventeen soon after they meet, which makes it no better) and she ends up hanging out at the dive bar with them and is just as witty and world-weary as they are. It makes no sense. And the direction is cheesy. Like bad cheesy. There are oddball, slow-motion shots of Olivia d’Abo that I think are supposed to indicate we’re moving from our main timeline to a flashback. It comes off as super-amatuerish and clumsy. The rest of the film matches the poster in terms of quality (which uses an ampersand, despite the title not really having an ampersand), but I suppose these talky-talky movies of the mid-90s aren’t about that.

Look, I know this is one of those films people quote. I think it’s purposely written in that high-minded way that is supposed to be half philosophy lesson and half allegory (or whatever). I think Baumbach thinks he’s doing realistic and raw, but this is the furthest thing from the grittiness that we like in our realistic portrayals these days. It feels like a film out of time — and not just because of the weird clothes, but because it’s a film that doesn’t feel the need to make you feel anything about anything. It doesn’t really try to connect in any way, despite the fact it’s clearly semi-autobiographical. It doesn’t attempt to make you like or hate a character. Nobody really does anything. We dip in on some drips and we dip out. But, ultimately, they’re just too vanilla to fulfill out 2019 senses. Baumbach gets better at drawing characters in his later work, but these guys are clearly just a jumble of undergrad classes come to life who are not quite ready for primetime.