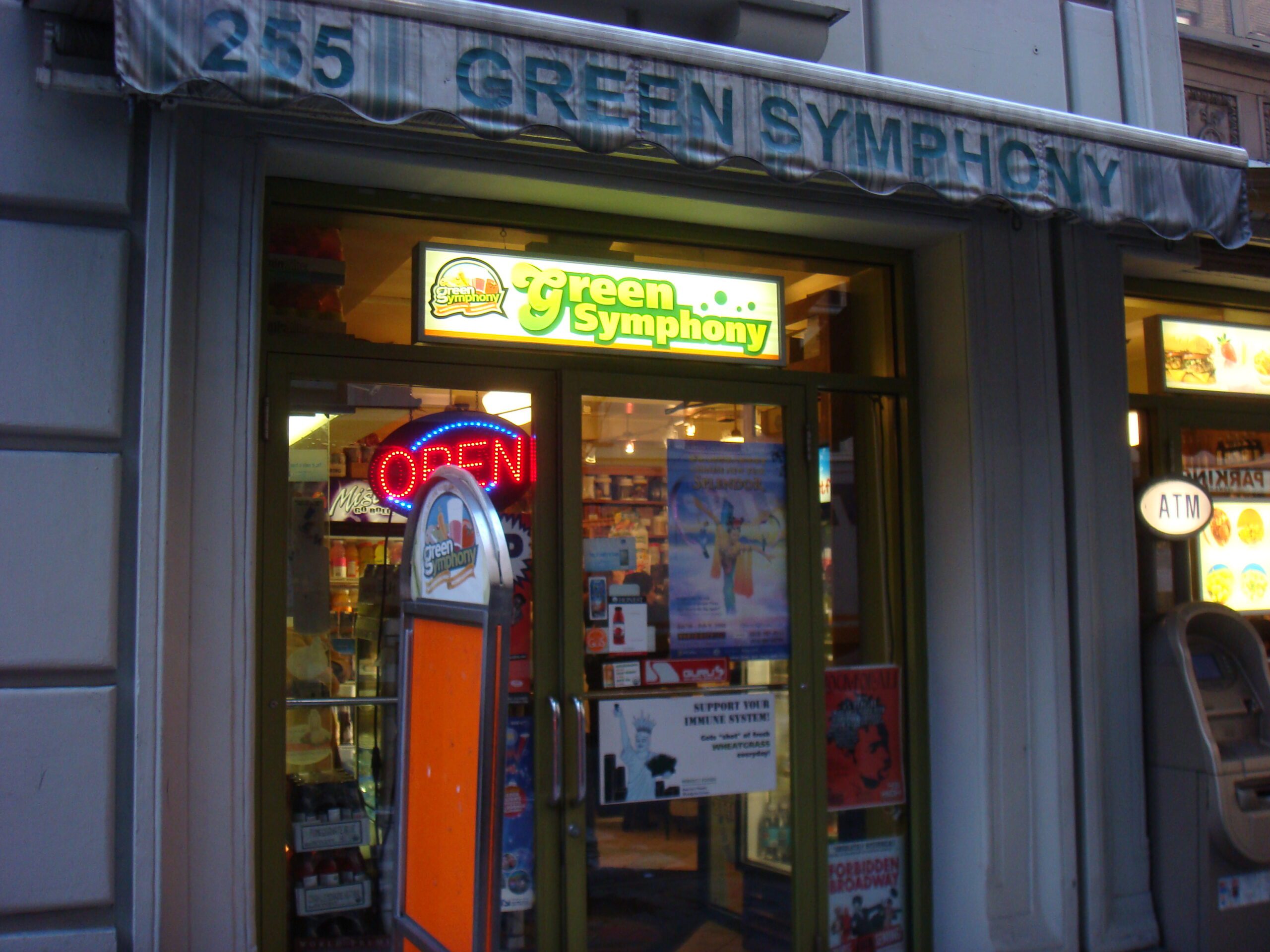 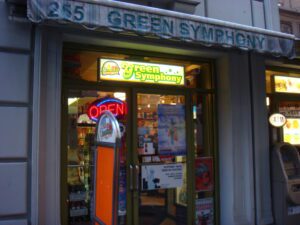 From the outside Green Symphony looks like some sort of bizarre Asian bodega. There is so much crap in the windows that you’d expect to enter and be faced with a wall of pre-paid calling cards and lottery tickets. Instead, you have what amounts to a health food store in extreme miniature. So miniature in fact that when we ran across the stork-like Allison Janney in my first visit, I was surprised that she even fit in the place. Granted some idiot (who must have been a writer judging by his outfit and energy level) totally trapped her on her way out and proceeded to talk her ear off, gumming up the works of the tiny space. Everything in the place is scaled down to dwarfish proportions, including the minuscule hot food bar, which looks more like a sad buffet at the VFW than the wholesome bounty that I’m sure it is. I chose to skip that crap and pick up a pre-made “puebla-style chicken burrito” from the refrigerated front case. I suppose it’s a health food shop’s version of a burrito, since the thing was neither filling nor brick-like. Which, ultimately, I know is better for me and avoids the usual food coma into which I slip after eating say a Burritoville or Chipotle version. This was more of a half-wrap filled with very little chicken, a bunch of brown rice, a smattering of black beans and a dollop of salsa. It has that kind of congealed texture that tortillas acquire after sitting in a fridge for a while and looked about as appetizing as it sounds. In retrospect I’m not sure why I bought this, other than it was the one thing I found that didn’t have at least one disgusting ingredient in it (those being cilantro, raisins, soy cheese, mayo, etc.) The overall experience wasn’t unpleasant, and the little nugget turned out to be not entirely untasty in its non-burritoness. Again, I’m learning to eat things that don’t make me want to lie down on the couch and go to sleep only to wake up with heartburn and a healthy dose of self-loathing, so maybe it was for the best. [MF]