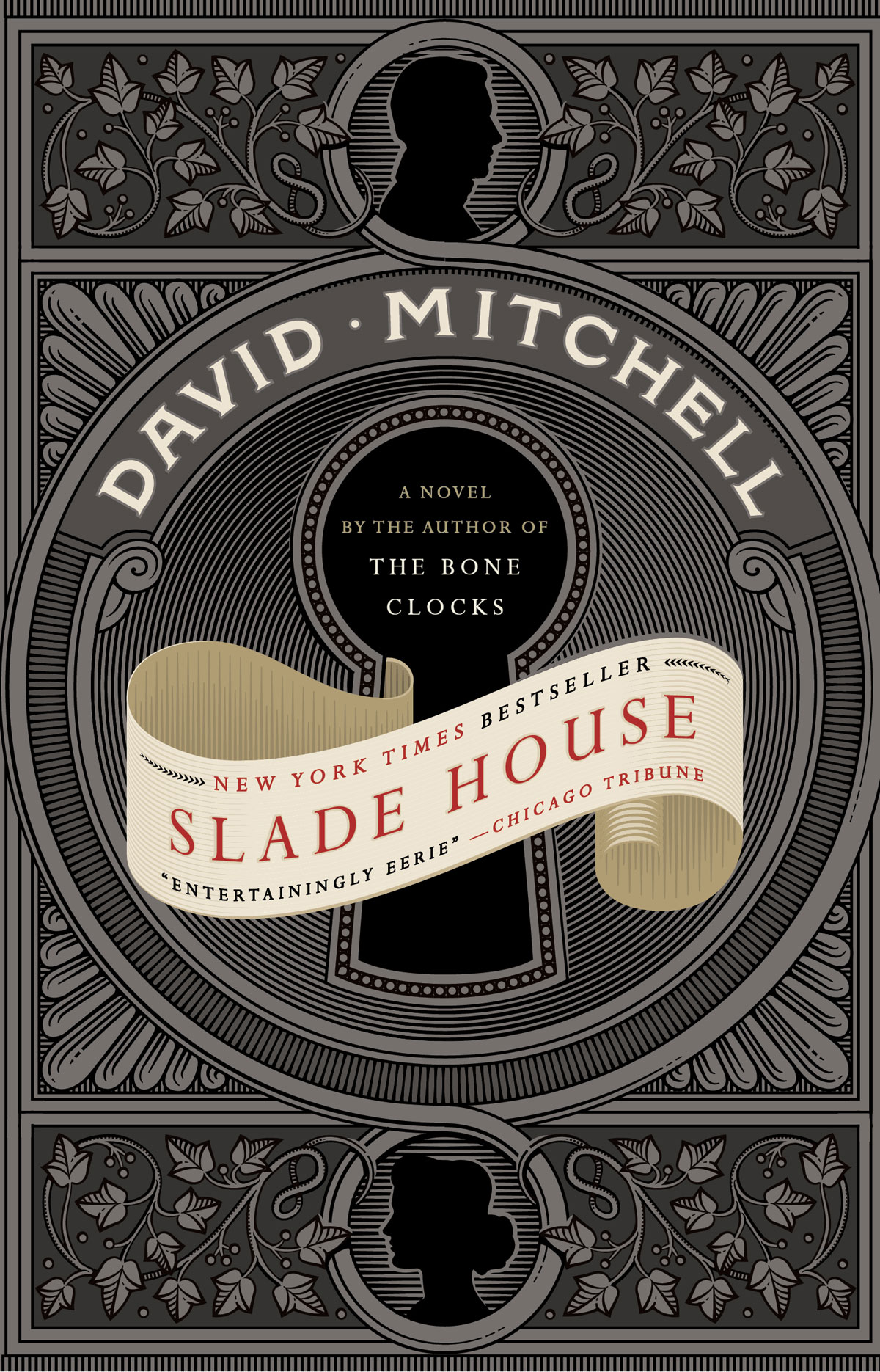 David Mitchell is an interesting author. In theory he generally writes very literary type novels, but then he has this Stephen King / Neil Gaiman streak that brings us novels like The Bone Clocks and this pseudo-follow-up, Slade House. Whether we call it fantasy or horror or a ghost story or whatever, this is a book that will have pretty narrow appeal for those who aren’t fans of things like twin soul vampires and vaguely paranormal themes. And who doesn’t love a soul vampire?

The whole idea of these soul suckers is outlined in the aforementioned Bone Clocks book. I have to say that I wasn’t the biggest fan of that novel. Mitchell’s writing is always florid and lovely, but that novel’s execution was kind of clumsy as he tried to create this world war between soul carnivores and this group who are immortal reincarnated souls. Or something like that. Anyway, this book concentrates on two of the so-called soul carnivores. Male/female twins named Norah and Jonah Grayer. The book is split into what amounts to five short stories, all taking place nine years apart. Nine years being the span that the twins can go before needing to refuel with a new soul. The whole setup is honestly a little confusing, however. So, these twins live in this dimensional house called Slade House. Obviously. The house only blinks into reality every nine years, essentially. The twins actually live in the attic of Slade House at all times, but have the ability to project themselves into others’ bodies and also create illusions within the walls of the property. So they can project the house to look a certain way, the gardens to appear lush, etc. But really they’re just sitting in the attic like a spider on a web trying to lure unsuspecting people with certain types of special inclinations into their attic so they can suck out their souls and refuel for another nine years. In other words, I’m not sure what the hell kind of life that is if your real body is sedentary while you just kind of bide your time projecting into others and then eating every nine years. But, whatever.

The tales start in 1979 and run through 2015, though the twins have clearly been doing this for a hundred or so years. It’s all kind of a giant parlor trick that always ends with this ritual where the twins eat a light orb that floats out of their victim. So, it’s a little repetitive and kind of silly. Actually, it’s a lot silly. And relatively pointless. It’s like five Tales from the Crypt episodes, but with less jump scares and variety. I mean, it’s a fine little read, but feels like it’s been done better before. I suppose it’s my fault for making an assumption that a follow-up to a novel that I didn’t particularly love would be worth my while, but I guess I can live with that. So I guess if you come into it kind of expecting a middling Stephen King novel, you won’t be disappointed.