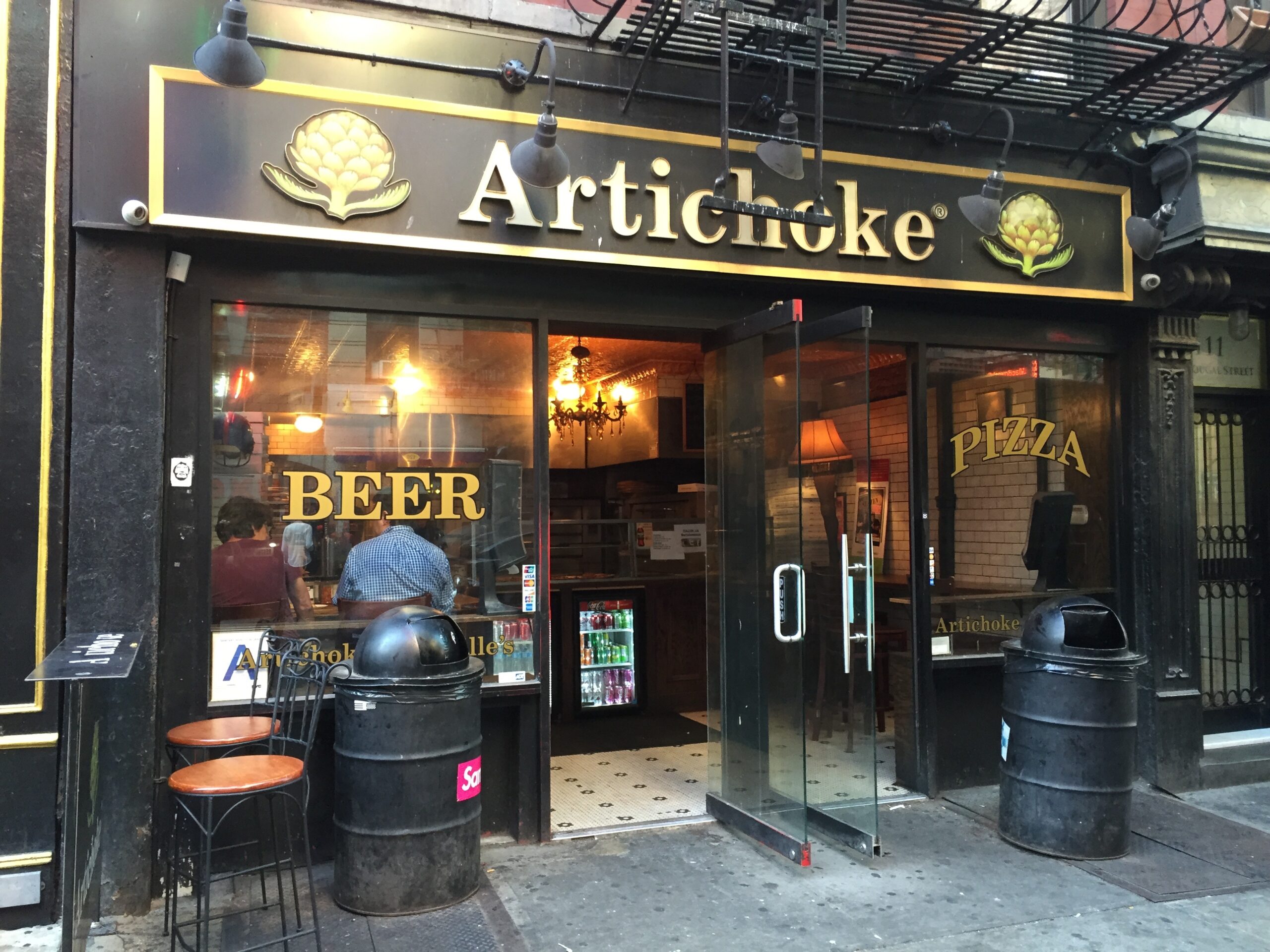 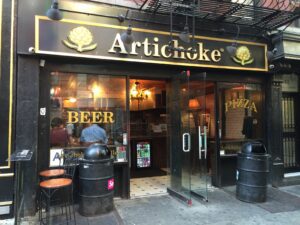 I’m not sure who the complete sadist was who came up with the idea for this place. Actually, I know precisely who it is who came up with this mini-chain of pizza joints because I can click on an ‘about’ link on their website and read through their entire history. But that history doesn’t tell me who thought mixing artichoke and pizza would somehow make for anything but a giant pukefest. Whatever kind of Frankenstein nonsense was going on in the Basille family back in 2008 when they opened their first store I have no idea, but they somehow hit on something that in name sounds absolutely disgusting, but is, honestly, one of the best drunk foods I’ve had since I went to college back when dinosaurs roamed the planet.

And it was with this attitude that I first approached the idea of the artichoke pizza. I stumbled out of 124 Old Rabbit Club and one of my co-workers said, “Hey let’s go to this artichoke pizza place!” I think I may have actually wretched. I mean, I love pizza and am also a fan of artichokes. But the two together sounds nasty as hell to me. And then I saw the thing. It is the size of an oil tanker. I want to use the word “literally,” but of course oil tankers are very, very big. This slice was just very big. And not for a slice of pizza, but for like a VW. And that’s when the two asshole British patrons started heckling me after sensing my hesitance. I think they called me “mate” or “bloke” and told me it was the best slice in the city and that I shouldn’t be a “wanker” or a “pussy” and to just order it. I couldn’t let them make a fool of me, so I believe I said “fuck it, gimme it!” And they did. And the thing weighed as much as the average newborn and probably contained just as much grease. But, hot damn, was that thing good. But not in your typical pizza way. It’s a whole difference experience. It’s like eating a thick, buttery pizza topped with that artichoke dip from Houston’s. It is a heart attack. It is a gut buster. It is fucking ridiculous. But, despite looking at the thing and insisting I couldn’t possibly finish the one slice, I downed it as if my life depended on it. Did I regret it later? Sure. But in the moment I couldn’t have been happier eating my weight in calories.