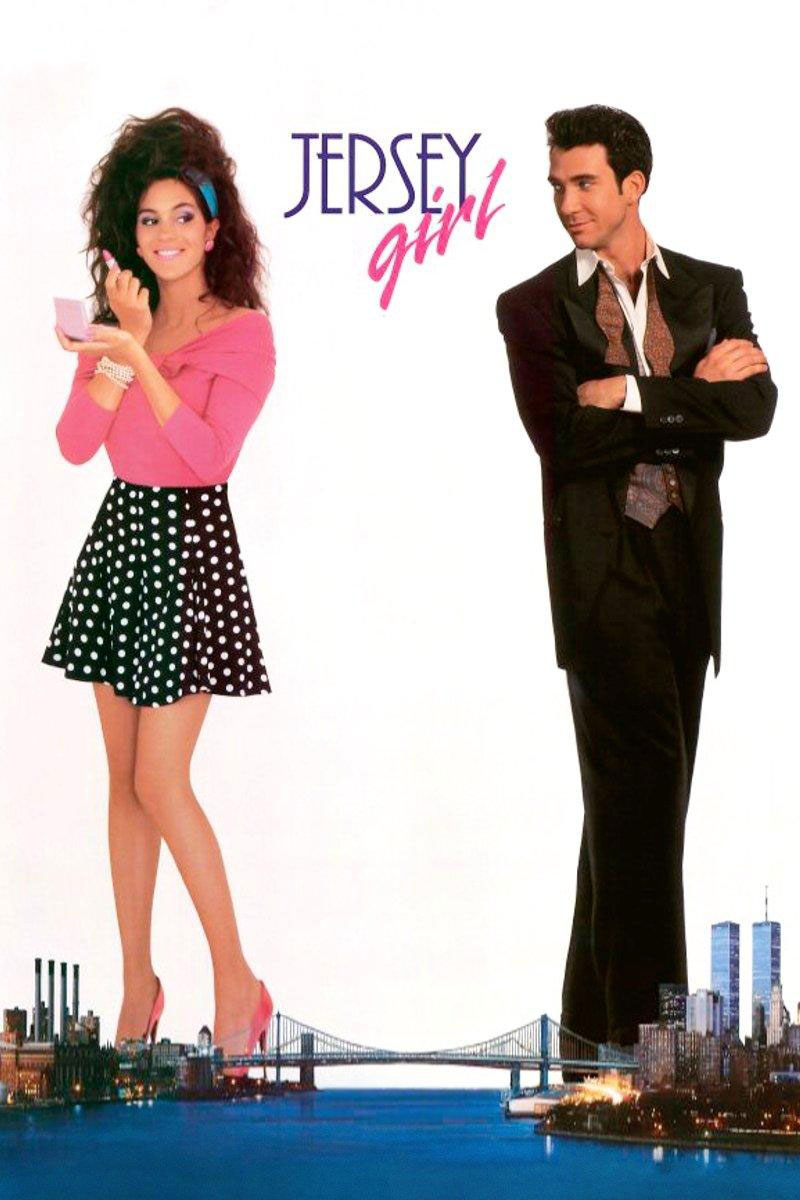 Who, exactly, did they think was the target audience for this piece of crap? Of course I wasted my time watching it, but I’m a sucker for bad movies–plus I thought Jami “Spare a Square” Gertz might get naked. Actually, I knew that would never happen in this by-the-numbers, girl-from-the-wrong-side-of-the-tracks story.

This is essentially a direct rip of Pretty Woman, which is in itself a rip of a million other films. Jamie Gertz plays a nice Italian girl from Weehawken who is looking to break out of her rut. She has three very Jersey friends, including Janice Soprano, with whom she hangs out at the local diner. While her friends are satisfied with their lives of dating guidos and buying hair products at the mall, she wants to meet a rich “city” guy and be like one of those “city” girls. Did we mention that Weehawken is like six miles from Manhattan? In fact, Gertz’s character likes to park her multi-colored VW Bug across the Hudson and stare at the pretty buildings of the city. It’s very sad. Apparently she’s never heard of New Jersey Transit.

Anyway, she gets this brilliant idea that she can meet Mr. Right by going to a Mercedes dealer in Jersey. And who just happens to be in Jersey to buy a car? That’s right; it’s a successful, handsome guy from Manhattan! As expected, she bumps into him and has to give him a ride and gets his number and… Anyway, he already has a girlfriend who, of course, is the woman that Gertz wants to become. As expected, she is controlling and rich. Throw in the unscrupulous co-worker, and you have the perfect cast from Pretty Woman–although Gertz is a daycare worker and not a hooker.

So, as it turns out, McDermott’s character is a poor Italian guy from Queens who is only rich now through hard work and the evilness taught to him by the aforementioned co-worker. His rich girlfriend is from Scarsdale and mentions that her people and his people are different. This leads to a big fight, and McDermott realizes that he is more like the Jersey girl than he thinks. He subsequently gets embarrassed by her lack of class at a classy event, her friends think she thinks she’s too good for them and on and on. I’ll give you two guesses how this thing ends.