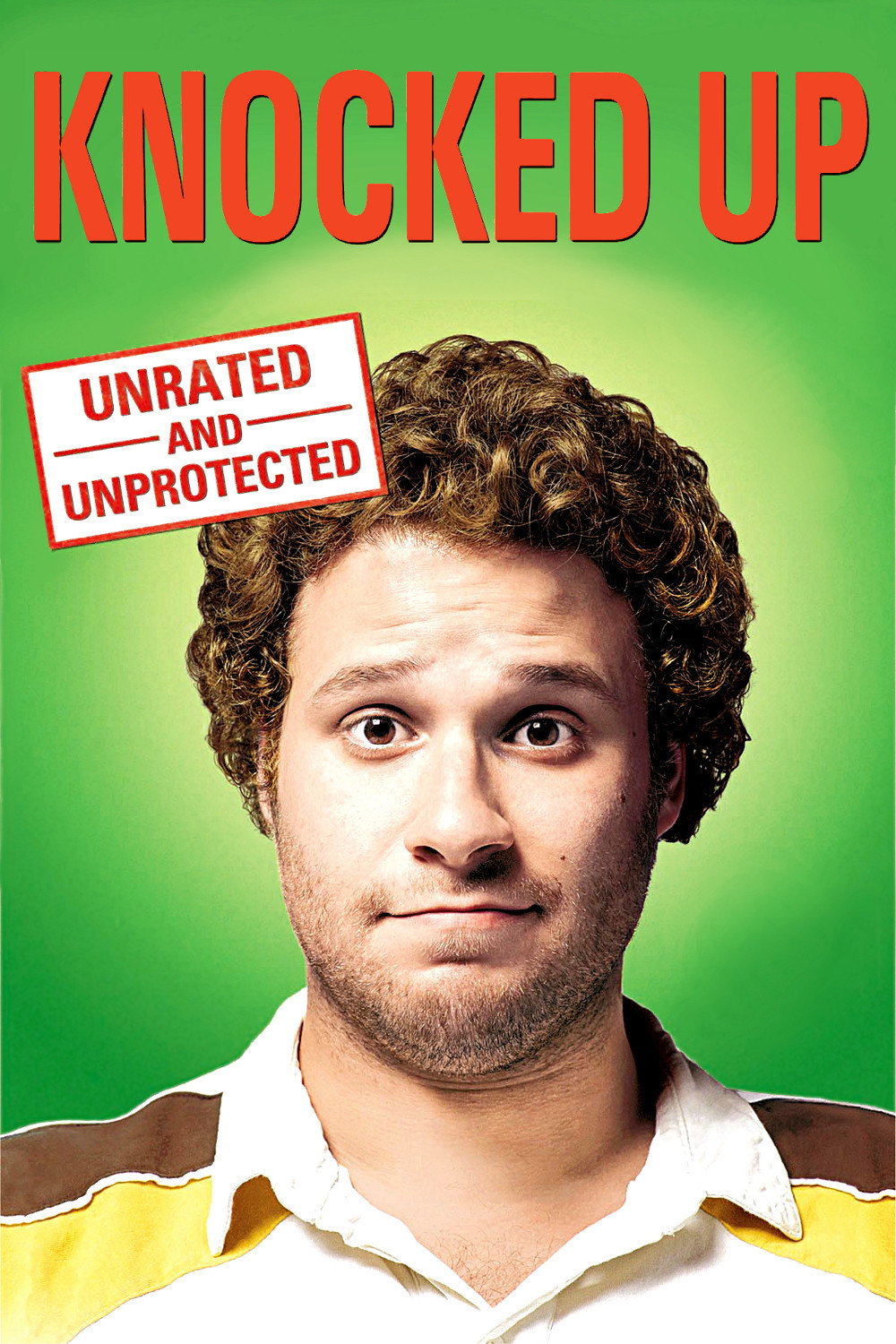 I gotta say that I’m not a big fan of “gross out” comedy. It’s not to say that it needs to be gross to be gross out, but I’m talking about these kind of broad comedies (generally written by and starring young dudes) that involve slackers who smoke a lot of weed, jerk off a lot (and talk about it openly) and like to fart on each other. You know the stuff–pushed in the last few years by Judd Apatow and friends. My issue isn’t necessarily with the gross part, but the fact that often times characters get sacrificed in lieu of dick jokes.

So Knocked Up really had that set-up going. I was never excited to see it, but the situation just presented itself and I dove in. I was surprised to see it was over two hours, honestly, but why not.

The plot is about as basic as it gets. A guy, the slacker, meets a career chick at a bar one night, they get drunk, have sex and she gets pregnant. The rest of the film revolves around the guy and the girl trying to work on their relationship in the context of going through the stressful baby-having thing. It’s pretty much paint-by-numbers as he constantly surprises and disappoints and then surprises and of course disappoints. And then disappears and comes back and surprises again. Pretty typical.

The difference here is that the female protagonist, for a character written by a man, is actually refreshing in her commitment to a guy who is so clearly a waste of space. She sees something in him that isn’t immediately obvious to the audience. After all she’s way hotter than he is. So why does she stick with him despite all the lameness that he embodies? The answer is that she may actually be a good and understanding person! Wow, what a novel concept for one of these types of movies. Despite her being on the rise she holds onto this loser in a selfless act that comes from a deep-seated actual like for this dude who on the surface is nothing but an unemployed, fat Canadian douche.

Apatow throws in his typical spate of pop-culture references, which I always enjoy. Seth Rogen, the aforementioned Canadian, is trying to start a Mr. Skin clone Website with his gang of lovable loser friends, so the movie references come fast and furious in their scenes together. Is it kinda sophomoric? Sure, but there are certainly scenes in which I laughed out loud. I’m telling you that happens seldom these days.

This movie, like the 40-Year-Old Virgin, had a sweetness to it that a lot of these types of movies are missing. I’m sure there is a large element of autobiographical stuff in here, so the subject matter and characters are probably treated with a little more care than if they were just comic foils. Even though it felt a little familiar in its approach (or a lot), I still liked it better than Superbad. In fact, I would say it’s not a bad movie at all for a Sunday night when you feel like seeing a fake shot of a baby crowning.