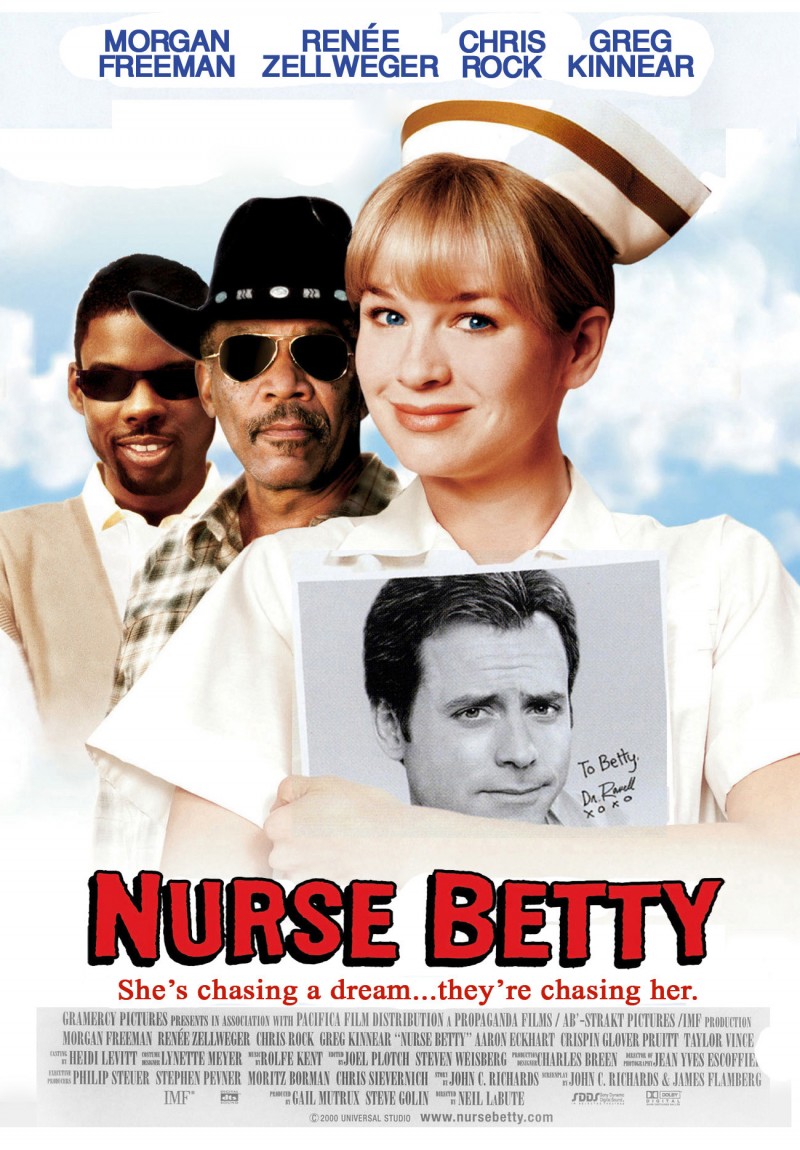 This thing had amateur written all over it. That’s a shame considering this movie starred the very talented Morgan Freeman and the surprisingly good Zellweger. So, we have a concept about a woman suffering from post-traumatic stress disorder who believes that a soap opera star is a real person. First, the set-up to get to the killing that leaves her in this condition is beyond convoluted, confusing and not well developed. After witnessing this murder (did I mention that there’s a scalping?), our heroine heads cross-country to find the soap star, who she thinks is her estranged fiancé (why, we have no idea.) Of course, unbeknownst to her, she is carrying the thing that the killers have been looking for, so the chase begins. Of course, one of the killers has that whole gentleman killer thing going on. He reads poetry and has rules. Blah, blah. This is such a played-out idea, it’s almost taken over the “hooker with a heart” theme as the most clichéd movie plot device ever. Now we have this somewhat high-concept plot. You can almost hear the pitch coming out of the writer’s mouth in the studio offices. The problem is, the concept provides us with a shell of a movie, and somebody had to actually fill in the rest. It seems as though this was almost done as they shot the film.

The killers chase Betty across the country, picking up clues to her whereabouts from mysterious people we never see, hunches we never understand and a strange obsession on one character’s part that makes no sense at all. To drive this plot, all the characters keep seeing episodes of this soap opera in diners, bars, hotel rooms, etc. The thing seems to be on 24 hours a day. And, when is the last time you went anywhere in public and saw a soap opera playing on a TV? Adding to the piecemeal feel of the film is the slapdash directing style. Maybe it was less the director’s fault, and more the editor’s, but the thing feels very choppy, and many of the shots looked as if I framed them with my handycam. Ugh.

So this ridiculous charade winds down to a completely preposterous ending where all the characters end up in the same place, there’s a shoot out… you know the drill. The whole thing is so silly and such a cop-out. I even managed to watch a couple of the scenes they left out of the movie. Ho boy were they awful! One scene involves Chris Rock killing a trucker by lighting him on fire because he spit in Rock’s face. I can’t even imagine how bad this turkey would have been if they included the extra-long scalping scene, or another scene that seems to have absolutely no purpose at all. Despite all this, Zellweger is pretty good as the traumatized Nurse Betty, but the other characters are left with nothing more than filler roles that are neither funny nor engaging. God, this movie really stunk. It’s really disappointing after reading some positive reviews when it was released.