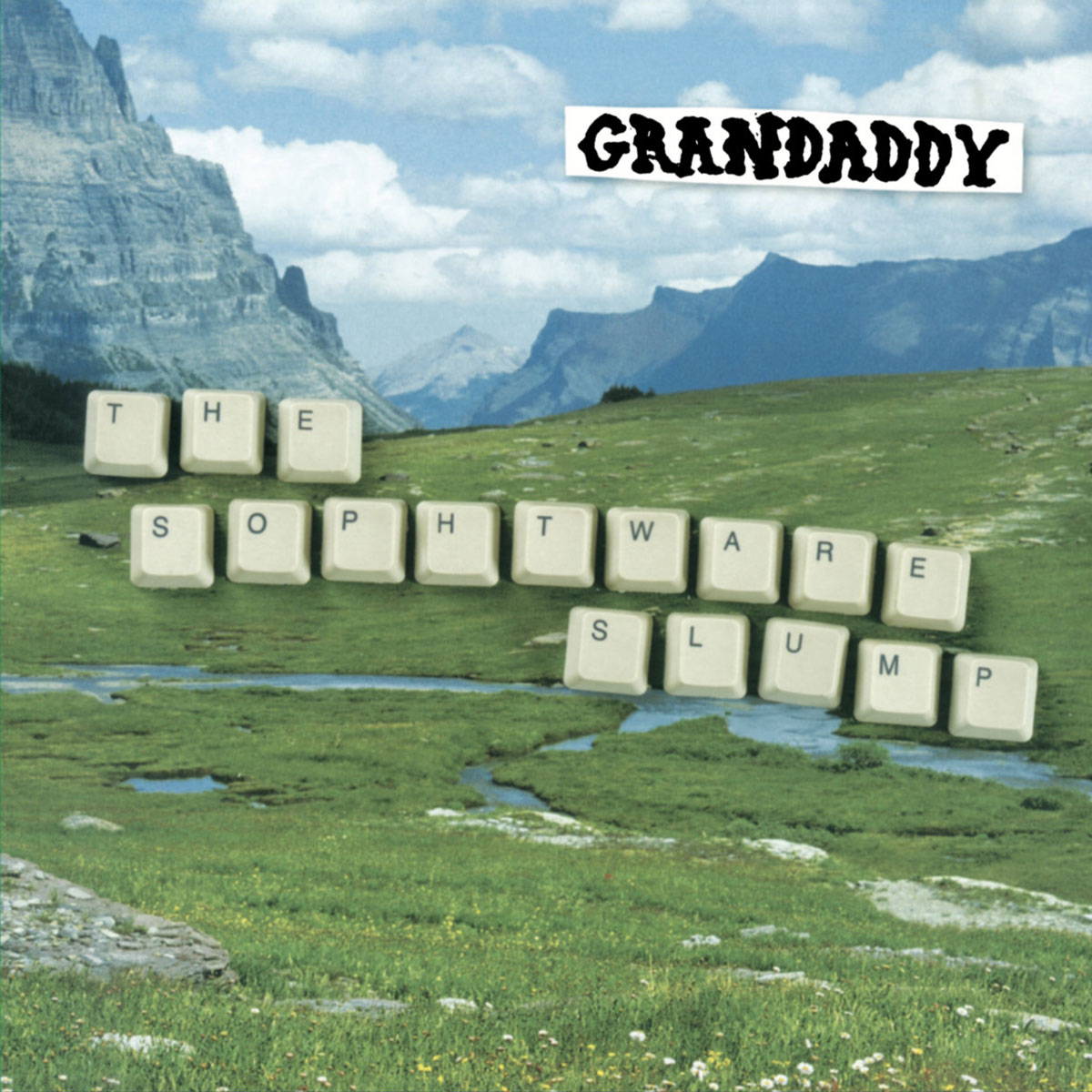 There was a time when Grandaddy was labeled “the American Radiohead.” The comparison never sat well with me, only because Radiohead are a bunch of snobbish whatevers who make music that is intentionally high-minded and meant for an erudite audience of people who just love to say they love Kid A, even if they don’t actually like Kid A. While Grandaddy is a band formed by a skater from relatively rural Modesto, CA who happened upon a style and a sound that was created from the ground-up, not high-falutin on down.

Now, I can see why, with The Sophtware Slump, critics were eager to compare it to Radiohead’s OK Computer. Thematically it seems similar on the surface: the old world and new world of technology collide resulting in nostalgia, fear, sadness and melancholia. Grandaddy’s version, though, is much more organic and personal. And somehow less pop and more dystopian, as it blends indie rock, alt-country and those bleeps and bloops that feel like a robot slowly rusting in wheat field.

Starting off with an almost nine-minute song that you entitle “He’s Simple, He’s Dumb, He’s the Pilot” and cutting it into several slowly-building parts like a piece of orchestral music is quite a bold move. Especially when you’re coming off a debut album that sounds way more like Pavement and early Weezer than it does the esoteric space rock of this first track on their sophomore (sophtmore?) record. It certainly sets a mood, though, with its vaguely 2000-era “Space Oddity” vibe.

Jason Lytle, Grandaddy’s lead singer and songwriter, has an almost delicate reedy voice that he employs in a tossed-off way that sounds like he’s singing in his bedroom to nobody. But, even in the slacker tempos of these songs, it’s very affecting, cutting through acoustic guitars, pianos, electronic hum and angelic backing vocals straight to your cold, cold heart. And Lytle’s lyrical stand-in, Jed the Humanoid, is this recurring character throughout the album who is essentially a broken spirit. Drunk and aimless. A lonely man or ‘bot with something inside that is paining him greatly and is aching to come out. This album his only outlet.

To put this in the cheery bucket is to completely misclassify it. The album is kind of a bummer, truth be told. But so is every Radiohead record. Though just because its world view is downcast and somewhat bleak, doesn’t mean it can’t be an amazing album. That it can’t be beautiful and complicated and imperfectly damaged. I know it certainly had a hold on me when it came out in 2000, as it fell right in a space between the weird paranoia of Y2K and the new millennium and what followed at the WTC. It felt apropos of the time and, once again, has that tinge of existential dread that we’re all feeling on a daily basis what with death, disease and our current presidential situation. It was an album of the times that has magically roared back into relevance due to circumstances beyond our control.