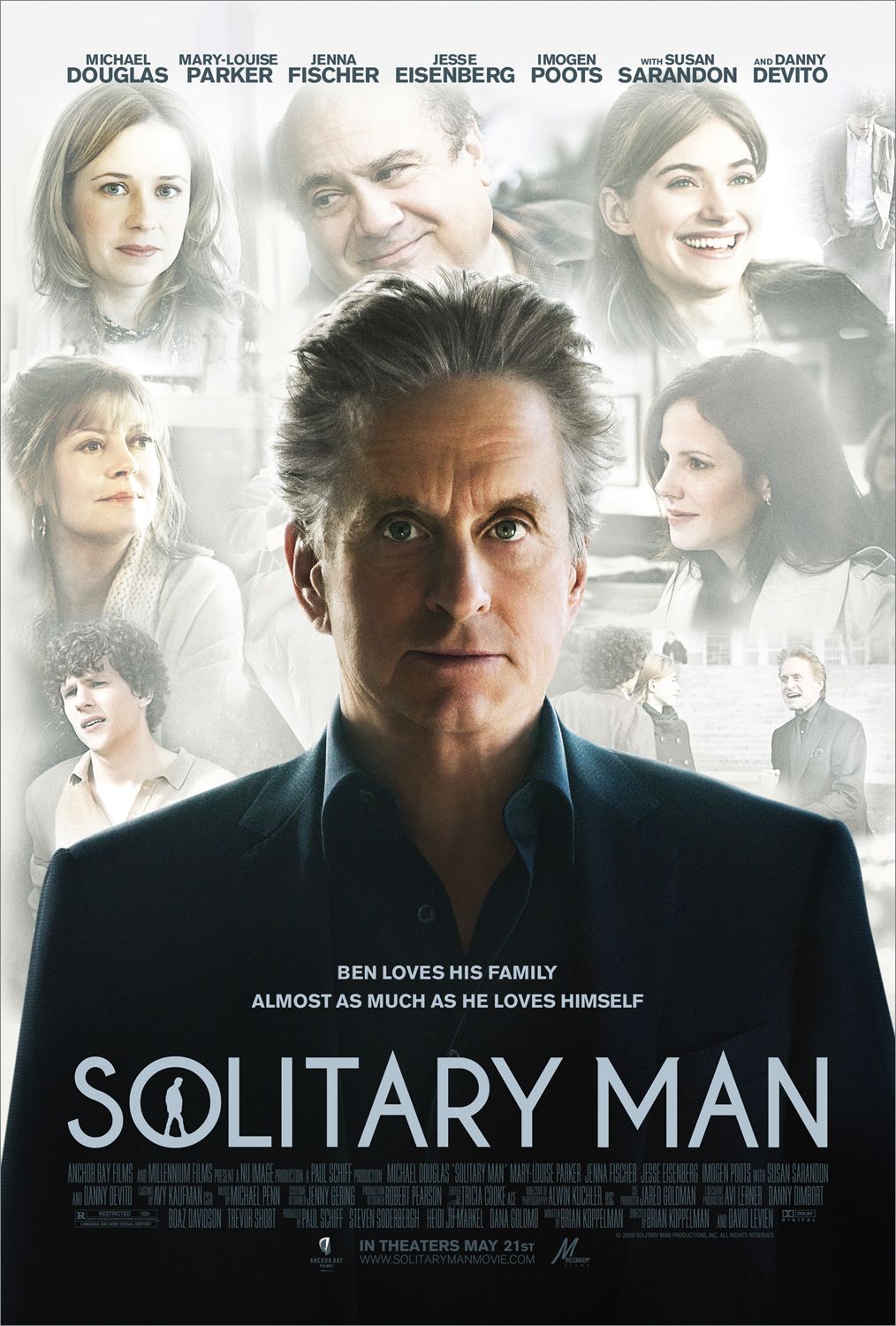 There are a bunch of these movies out there that are vehicles for aging actors to do some acting. Even decent actors like Michael Douglas, who is at his best in parts like this: a once swashbuckling and/or prominent guy who is now just kind of downtrodden and sad. You know, he still looks like Michael Douglas, but the bloom is off the rose. And Michael Douglas is solid in his performance in this one — as is everyone else involved — but the material is thin at best and contrived and borderline silly in parts.

So there’s this dude named Ben Kalmen (Douglas). And he’s a former wheeler dealer / ladies man. Wheeler dealer in more than one sense, I suppose, as he used to own a car dealership or several and was flush. Flush enough to have a building at his alma mater named after him and on and on. Things are not so flush these days, though. He made some not so scrupulous deals, lost his businesses and is on the outs with just about everyone in his family.

But he’s still a ladies’ man to some extent and has a girlfriend who has asked him to take his high-school-aged daughter to the aforementioned alma mater for a weekend visit in order to put in a good word for her with the dean. For some reason this girl, who obviously has some daddy issues, sleeps with Mr. Kalman that weekend. And God does that fuck things up. The girl announces their dalliance at dinner with her mom, Ben’s girlfriend and almost benefactor, at dinner one night. There goes her financial support (via her dad) to get him back in the game. There goes the girlfriend. And, here comes the silly part, here comes the mob, to whom her ex-husband is apparently connected. Nobody sleeps with the don’s daughter!

To make matters worse, Ben can’t get a job anywhere. His rep precedes him. So in another contrivance that makes little to no sense in the life of this dude, he moves to the college town where he went to college, and where his ex-girlfriend’s daughter no goes, and starts to work for his old buddy (DeVito) as a waiter in his coffee shop. He also befriends a young college kid (Eisenberg), taking him under his wing as an up-and-coming womanizing douchebag. The issue is the kid is too smart to really fall for Ben’s awkward attempts to turn him into the drunken, creepy rapey guy he’s apparently become — or has always been.

His move to the campus brings on the mob angle, as the ex sicks her ex on him, who sicks his goons in turn. And the mentoring the kid thing is a plot right out of a terrible 80s movie. The former is just plain dumb and a sidetrack that seems tacked on and gratuitous. The latter is all sorts of cringe-worthy, and also seems not like something a guy with half a brain would do — just like something a pathetic character in a movie would try. Which, as it so happens, is exactly how the Douglas character is written. And therein lies the problem. The character is so ridiculously, predictably over-the-top megalomaniac-y that it leaves you begging for some subtlety somewhere — anywhere. He’s a character and nothing more. A real man — a smart man, which he seems to be — would learn eventually to not be a dick 100% of the time. The writer, however, fails to recognize this simple fact and we’re unable to see any growth or dimension to this talky-talky guy from minute one to minute ninety, only Douglas performing his part.