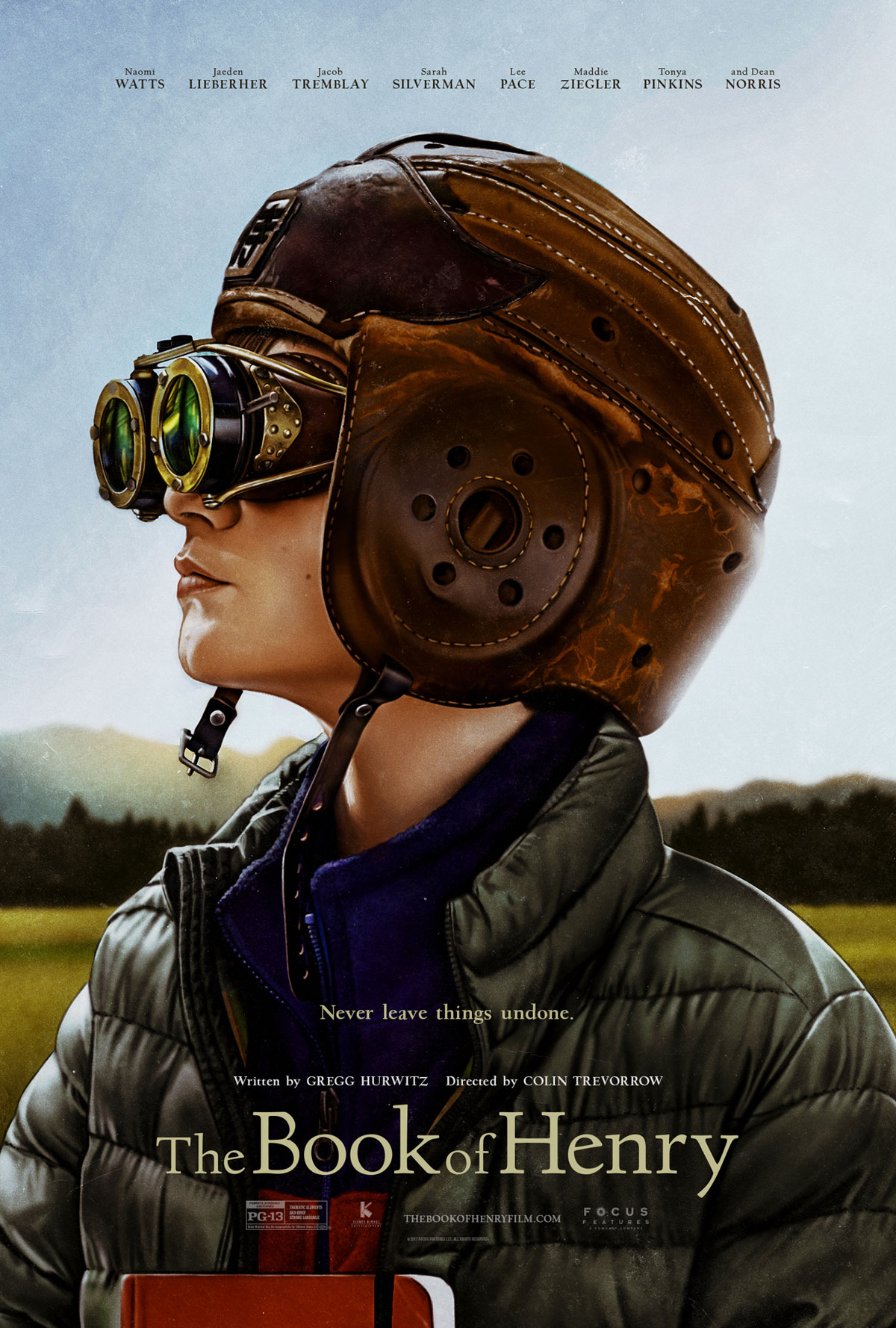 The Book of Henry

Sometimes I like to watch poorly reviewed movies jut to see what all the hubbub is about. Usually I can find redeeming qualities even in the rottenest of tomatoes. I had to really stretch for this one, though. First off, this is a ridiculous movie. It’s a family movie that turns into some weirdo thriller that made me feel like I might actually be losing my mind. Like I was having an out-of-body experience, or was having some sort of cross-cut dream where outside things were slipping into my consciousness. It was that messed up.

I won’t bother with a long synopsis, but basically there’s this kid, Henry. I should stop there because little else past that fact makes any sense. But this kid is a genius. Like smarter than any adult on the planet. He helps his single mother run the household, make tons of money from the stock market and protects his little brother from school bullies. He’s somehow both the biggest nerd and know-it-all, but also extremely well-loved by his fellow students and everyone everywhere. Henry has a neighbor who is a young girl. She is being raised by her stepfather, who happens to be the local police commissioner. Henry is convinced the stepfather is molesting the girl, but then he gets cancer and dies. Seriously, that’s like the super-normal part of the movie. And it actually could have been okay if they had just stuck to that. Yes, it was over-written. And, yes, there was some cheese and whatnot, but after Henry dies, the movie takes a turn that nobody in the their right mind could have ever expected. Usually that’s a good thing. Here, it’s just bonkers stupid. And I can’t tell you about it because that would “ruin” the movie for you. Although the trailer below shows pretty clearly what I’m talkin’ about.

Again, this is gonna be a quick one, as there is very little to say about this thing without just describing outright what the hell is so screwed up about it. On a positive note, Sarah Silverman is in the movie. She plays the bawdy waitress friend of Henry’s mom, Naomi Watts. She’s a gum-snapping, cleavage-bearing alcoholic who suggestively kisses Henry (who, mind you, is 11) right on the lips when he’s dying in the hospital. Like sexually. It’s super-disturbing, but I’m not sure the director, Trevorrow, meant it to be. I think it’s supposed to be tender? I’m not sure, but it was pretty jaw-dropping. Plus, the neighbor daughter is played by Maddie Ziegler. That name may not ring a bell, but she’s the dancer girl from the Sia videos, including “Chandelier.” And, surprise, she plays a girl who dances. And talks very, very little. I’m sure that’s because she’s such an awesome actress?

Anyway, once the movie takes a turn, I imagine Watts read the script and was like, “what the actual fuck is going on here?” And realized it was way too late to pull out of it. Because nobody in their right mind would make a movie this completely disjointed and ridiculous. It’s like an after-school special on acid. Henry, the autistic psychopath. Ultimately, it’s unclear what the hell the message was behind this movie. I think Henry is trying to teach his mother a lesson from beyond the grave, but the lesson is so absolutely opaque that all you can do is shrug (and maybe wince and try to wipe the shock from your face) once the credits start rolling. See it if you dare and mind you that I told you so.