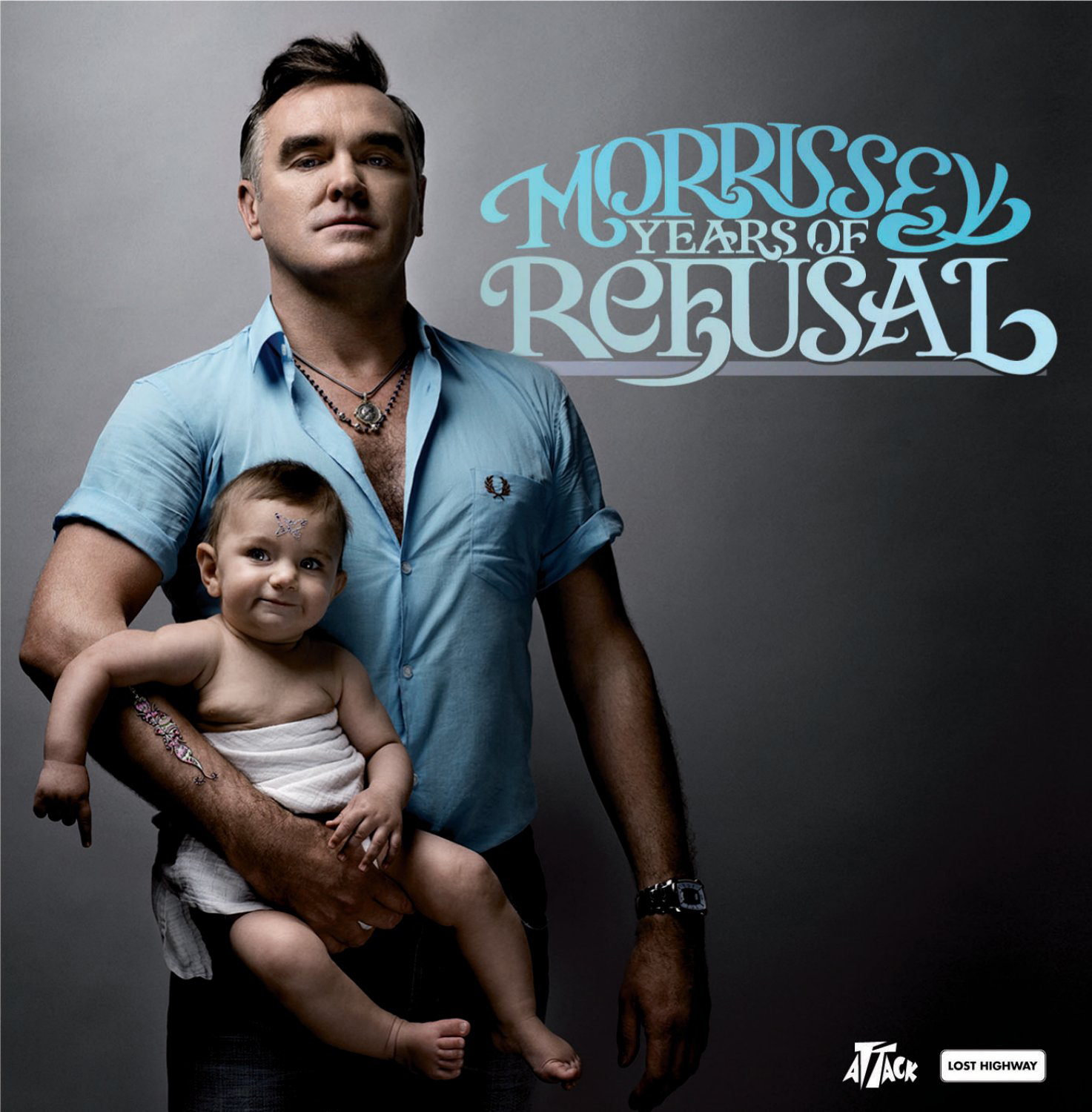 Nobody has ever accused Mr. Morrissey of being artistic with his solo record covers, but why the fuck is he standing there looking like my pissed off plumber after stealing a fat baby? It’s just silly, and among the most embarrassing cover directions I’ve ever seen. That’s not to say he’s gone soft by any means. He comes out of the gate swinging (and singing) about and at drugs and moms and all sorts of fat cats and shitheads. The guy just seems pretty anti-social, really. So, again, what’s with the baby? The nice part, though, is the man doesn’t wallow. He croons over bombast “Life is nothing much to lose. It’s just so lonely here without you!” Sound familiar? It is, but it’s done with such flourish it’s just Morrissey awesomeness. Seriously, this stuff is like circus rock ‘n’ roll for the depressed. Love and rejection and lots and lots of throwing oneself down on one’s face. But instead of the droopy cardigan and untied shoelaces, we have the open-throated fitted shirt, graying at the temples take-charge troubadour with a soft heart. It sounds like Morrissey, but one who has taken his wheatgrass and decided moping is for pansies.