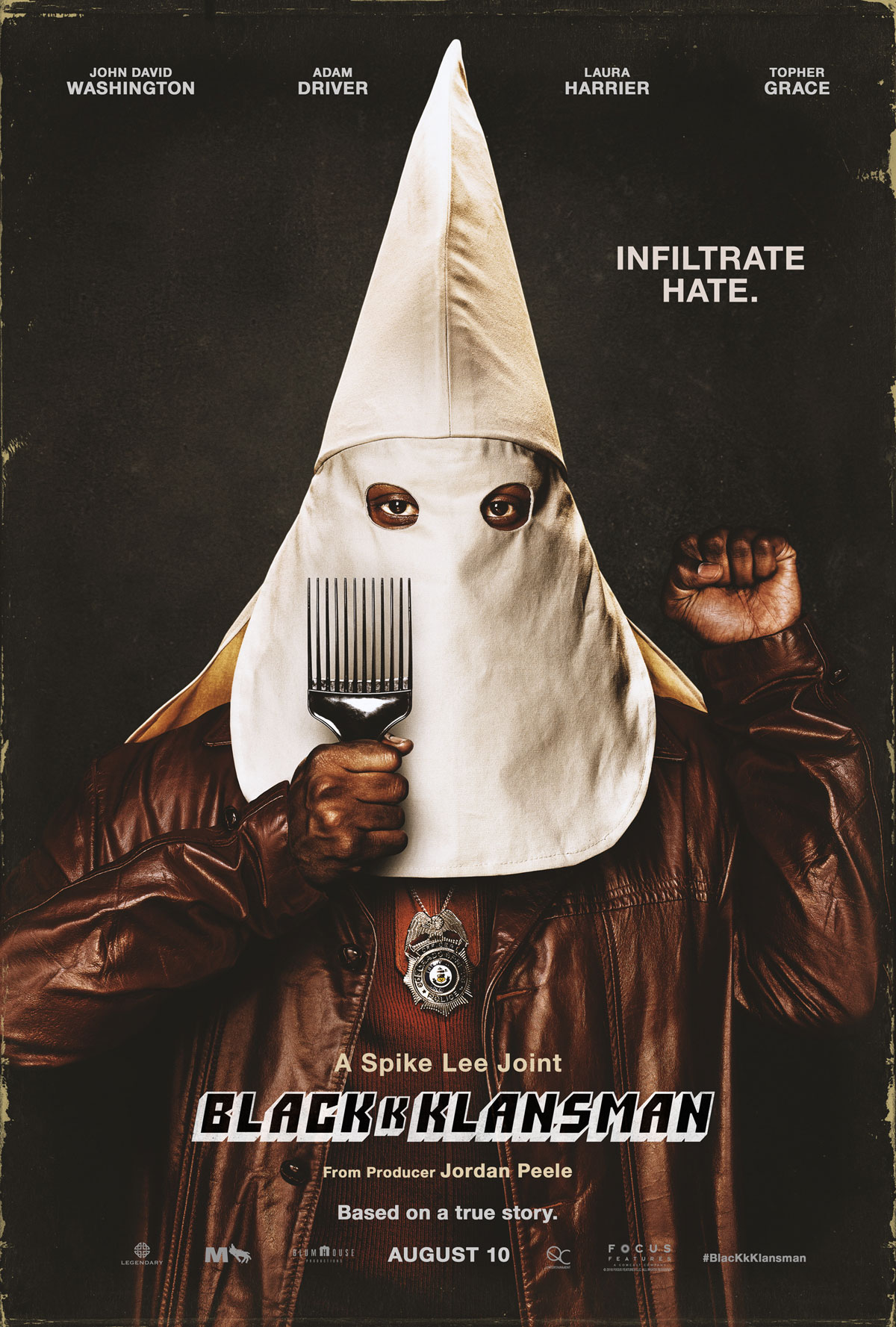 It turns out I’ve seen quite a few Spike Lee movies over the years. The first one was School Daze back in 1988. The second I saw in the theater was Do the Right Thing, only a year later. It’s one of the first films I remember viewing critically. Like I left the theater afterwards and it affected me. I talked to my friend about themes and messages and really took a lot from it. That, for me, remains a seminal movie. It was so different. It was film student movie making; raw, honest, experimental and flawed. But it did a lot.

Since then I’ve seen, by my count, eight more of his films. If someone had asked my which director has been in my life the longest I don’t think Spike Lee would have even come to mind. But there he is. Thing is, this is the first of his movies I’ve seen since 2006’s Inside Man. So he’s been a bit out of site, out of mind for me. I’ve found I very rarely revisit his stuff and still — even after all his work and success — think of his style as NYU film school chic. And I know that’s not a fair assessment based on everything from maybe 25th Hour on. But I still attribute that now somewhat dated and amateurish aesthetic to his movie making style. That style that dominated the late-eighties and early-to-mid nineties indie film world where the camera does a lot of unnecessary work, the actors’ mouths are stuffed full of high-minded banter and the production quality sometimes leaves something to be desired. And some of those editing choices. Sheesh.

And while I’d love to say that Lee has moved on from some of his quirks, there were times during BlacKkKlansman that had me questioning some of his stylistic choices. Like he can’t quite play it straight and just do a solid directing job, but instead needs to insert some of his film school-ish stuff that ends up feeling like a college student trying something out. Or, at times, like an old episode of the 1960s Batman series. Witness one scene in the film where Stokely Carmichael is talking to a group of young college students and Lee chooses to do this strange layered, repetitive still thing of some of their faces that reminded me of the left-hand-corner ghost image that they used to project on kids’ school pictures in the 70s. It’s just cheesy and something you’d think a director as experienced as him wouldn’t try. There’s also some stitching in real, modern footage in the film (including news footage of the “Unite the Right” rally) that feels clumsily inserted.

Anyhow, the narrative itself is supposedly based on a true story. A black officer in Colorado Springs is underutilized and bored in his precinct and decides to call the local KKK chapter (the number for which he gets out of the local paper) to essentially troll them. He connects with the leader of the chapter and sets up a meeting. Of course he can’t show up as himself, so they get a white officer to pose as him. He’s the voice on the phone and the white officer is the guy who shows up on real life. It’s kind of a cockamamie plan form the start, as the black officer uses his real name, the two don’t sound the same and the white officer has to be briefed about facts the other officer talks to the clan about.

Now, I don’t know how big Colorado Springs is, but I imagine that back in 1972-ish when this takes place, it wasn’t a booming metropolis. So you now have these two cops walking around pretending to be someone they’re not, and nobody seems to know them? The black dude’s real name is Ron Stallworth. And then the white guy is known as Ron Stallworth by all the KKK dudes and anybody else they introduce him to. Plus, he’s listed in the phone book with his real address, so they could just show up any time. The point is, the KKK seem to be awfully trusting and don’t seem to vet or do any sort of background checks on their potential members. To be fair, they did advertise in the newspaper for new members, so how smart can they be?  There’s just that sense of Three’s Company breaking out any second whenever these dudes are out and about. Seemingly nobody is particularly good at his job.

So, is the movie entertaining? Sure. Is it realistic, despite being based on a true story? Not particularly. But I’m not sure that’s exactly what Lee is going for here. Realism has never been his forte. He’s trying to make a point, I think. But even his points sometimes are kind of amateurish or muddied by his lack of taut filmmaking. The point of the story seems to be that these KKK idiots are idiots. The cops are constantly trolling them like a 1994 Jerky Boys tape. And they fall for it because they’re morons. But we see that the morons are transitioning from being gun-toting yokels to dudes like David Duke in three-piece suits. But, ultimately, even those suit dudes can’t overcome the stupidity of their foot soldiers both like the ones here and the modern ones in khakis with their tiki torches. Crystal clear, right?

There are multiple reasons to see this movie. The actors are great. The dialogue isn’t bad, though it is clunky in spots. The period look of the film is fun. Uh, drunk racists are always a good target for ridicule. It’s a decent hang for a trip 30,000 feet in the sky. It doesn’t take itself too seriously until it does. And maybe that’s part of Lee’s disconnect. This is a low-key comedy of sorts, despite the serious subject matter. But Lee doesn’t do a great job of setting and shifting tone when appropriate. There’s a bit of whiplash from scene to scene (especially at the end of the film) when we go from one-line insult gags to footage of people being hit and dragged by a car. I dunno. It’s not a bad movie — and at times is kind of fun — but as a film I just found it a bit lacking that punch you’d hope for with something touting heavy thematics.