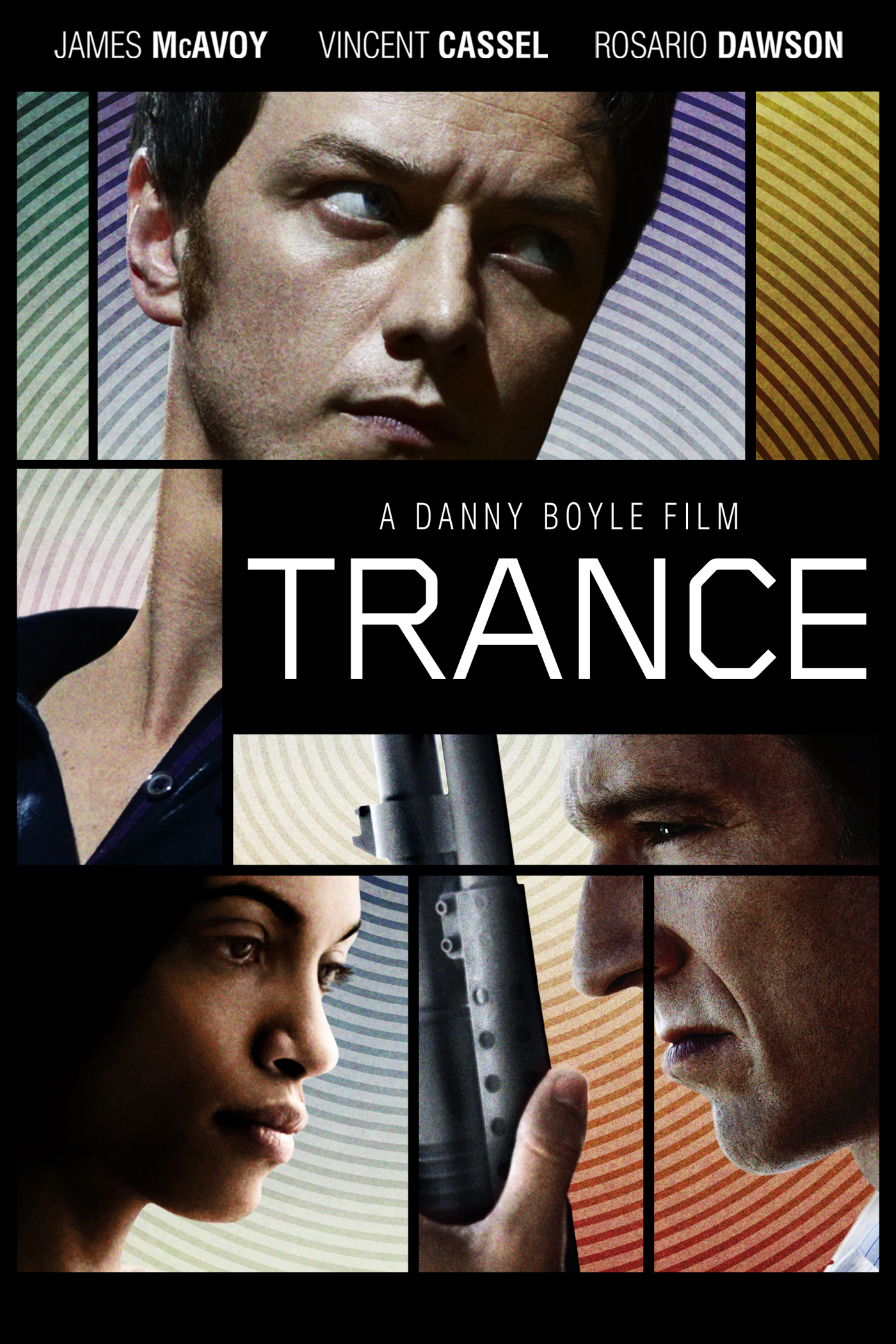 This movie is such an amazingly over-engineered pile of crap, it’s shocking that Danny Boyle didn’t Alan Smithee the shit out of it. Like drown it in the bathtub and leave it for dead (but then hypnotize himself so he didn’t remember drowning it in the tub). I had honestly never heard of the thing before running across it in the on demand section of one of the millions of cable company channels I get for my $3,000-a-month cable subscription. Odd, considering this was a man who won an Academy Award and made fucking Shallow Grave and Trainspotting and 28 Days Later. Of course, he also made The Beach, which was a complete mess, and Sunshine, which I loved until it went the same direction as this thing at the end and turned into a funhouse mirror of nonsense. This should have been a sign that this probably wasn’t one of his stronger films, but I had a night alone at home with nothing better to do, and McAvoy is a super-solid actor and Rosario Dawson is easy on the eyes and the plot summary, while convoluted, sounded like it could have decent possibilities. So I dove in.

And from moment one this thing was heavy on concept and light on execution. This felt like one of those trick movies where rather than rely on logic and an intricate plot that actually comes to fruition, they keep adding layers of magic and powers on top of magic and powers to fill plot holes. It’s like the superhero you never knew had freeze rays that shoot out of his eyes until there’s a forest fire and he all of a sudden starts to use a power you didn’t know he had in order to fit the situation. Or a character whose magic is limitless and basically can be used to do anything. Parameters and limitations, people, is what makes reality reality. It’s lazy and transparently not good storytelling when filmmakers ignore this tenet. I mean you know at several points in the film that they throw in a twist here and a twist there and expect you to be like “oh shit!” when in fact you’re more like “what the fuck?” This isn’t something you want to hear when trying to be a smart psychological thriller / caper film, which is what this thing aims to be. Instead it turns into a narrative with a bunch of unlikable characters, outrageous breaks with reality and, in a decent turn of events, a long, lingering shot of Rosario Dawson full frontal.

I kept hoping that Boyle would pull this thing out and there would be one final twist that somehow explained away all the clunky twists before it, but between his highly stylized lens flares and atmospheric fogginess, he seemed to almost give up as the end unraveled toward its ultimate floundering. The end scene, which already feels technologically dated a couple years after its release, might as well have had a freeze frame of a guy with a giant grin looking at the camera, or ominous Lawnmower Man music in the background as we cut to black. Either way, I honestly felt like turning this thing off several times during its run, as I had other things I could have been doing, like giving myself a colorectal exam or practicing bobbing for apples in liquid nitrogen. Anything but being sorely disappointed by one of your favorites.