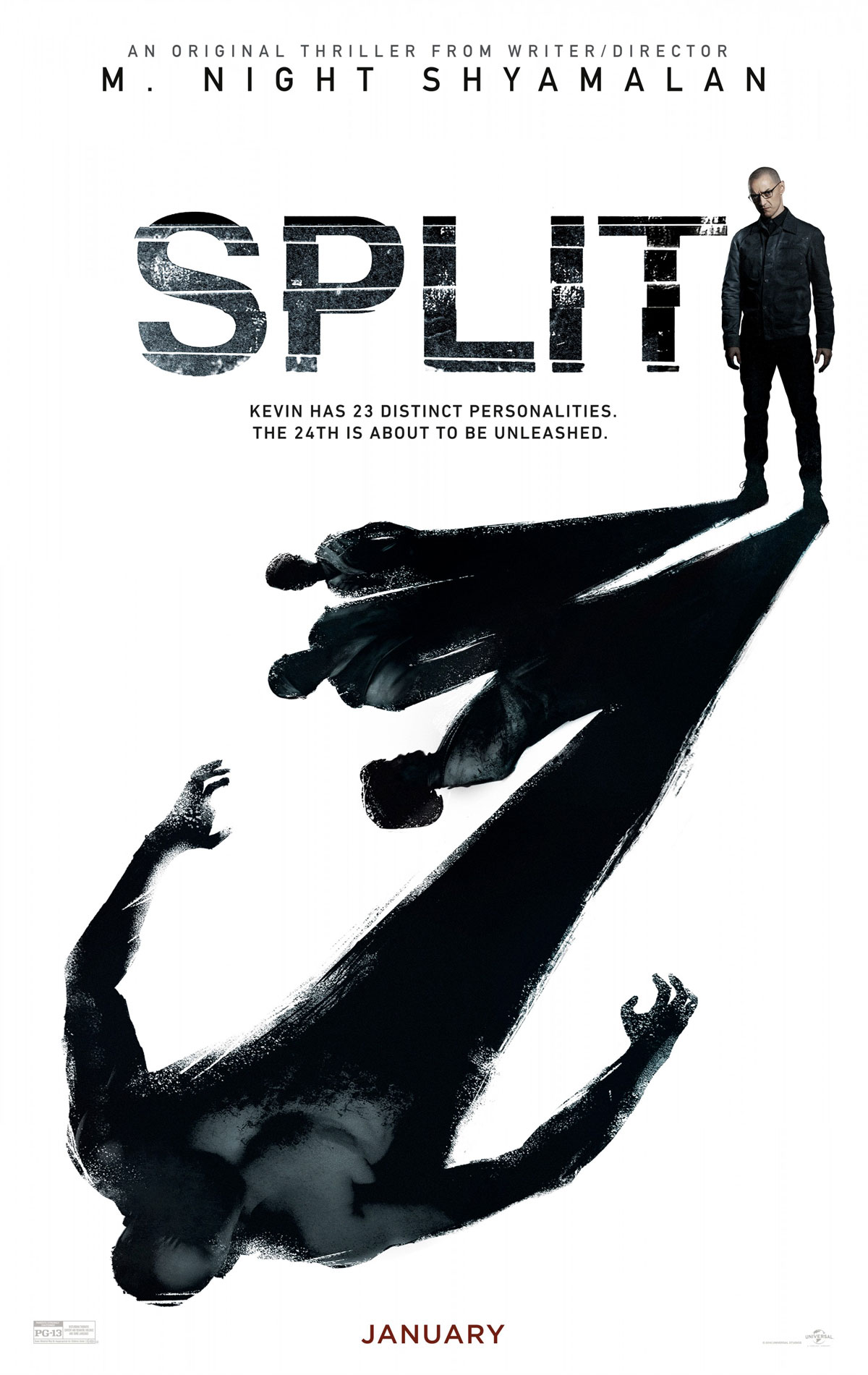 Yes, I’m going to start my 2020 movie reviews with a film from 2016. Because why not? Plus, it seemed that Split would describe 2019 pretty well. After all, we all lived through it and know what a completely schizoid twelve months it was. But also, I actually enjoyed Unbreakable and wanted to see Glass, which came out in 2019. And really couldn’t without seeing this connective part of the trilogy. Because I’m an M. Night glutton, I suppose.

Philly. There isn’t an M. Night without Philly. Though there is a Philly without M. Night. Whatever the case, it’s his city. It’s an underdog city. One that pales in comparison to NYC and thinks it competes with the likes of Chicago and Boston. But really it’s just a suburb of New Jersey. Which I know doesn’t make sense. But go with me here. His movies are about second-rate people in a second-rate city. Working-class heroes. Lesser villains.

Split is another Philly-area movie from Mr. Shyamalan. Though you’d barely know it since almost the entire thing takes place in a basement in an unknown industrial building. Which makes the claustrophobic nature of the film feel at times more like a stage play than a movie. It’s not unlike Signs, for instance, where the vast majority of the action takes place in one closed space where people have to interact and come to terms with the horror they inflict or are being inflicted upon. So, if you don’t like James McAvoy, or looking at close-ups of his face, do not see this movie.

The plot here is pretty straight forward and is outlined in the trailer. McAvoy’s character has 23 different personalities. He kidnaps three girls from a mall and takes them to this underground lair where he does this performative thing where he’s a different person each time he comes in to the room in which they’re being held. Well, one of three people, mostly. A couple of them are vaguely menacing. And one is a little kid with a lisp. It’s unclear why he’s kidnapped them at first, but we gradually get to it as McAvoy visits his shrink in her impossibly large apartment in Philly.

Seems one of McAvoy’s personalities is not a fan of either dirt or girls with impure somethingorother. That part of the script is a little wonky. But it looks like the girls are in trouble, as the “beast” is coming for them in order to purify them or something. Meanwhile we see McAvoy’s shrink talk about how dissociative identity disorder (from which McAvoy suffers) can manifest itself not only in the person’s personality, but can manifest physically. Not one of M. Night’s better twists. I mean, better than The Village, but you could see this one coming from 1,000 miles away.

The funny thing is, while I didn’t forget I was watching a Shyamalan movie, I didn’t ultimately care at the end that the twist (and even the sort of twist-twist) wasn’t terribly satisfying. McAvoy is asked to do a lot in the film and he does it admirably. In less able hands, this thing could have been an amazing shitshow. But the real discovery is Anya Taylor-Joy, the girl who goes toe-to-toe with the Split dude. Which you kind of knew would be the case given her character’s alliterative name, Casey Cooke. (Bruce Willis’ hero in Unbreakable was the similarly named David Dunn.) I don’t think I’ve seen her in anything else, but she’s pretty great in the role and is kind of the revelation when all is said and done.

I haven’t the slightest if M. Night originally intended there to be a mashup between this movie’s dude and the two from Unbreakable, but it somehow makes sense. But really only if you add in Casey Cooke. She’s somehow the bridge between the damaged and broken, the fragile and unbreakable. Which I imagine is what goes down in Glass. I guess I’ll see soon enough.