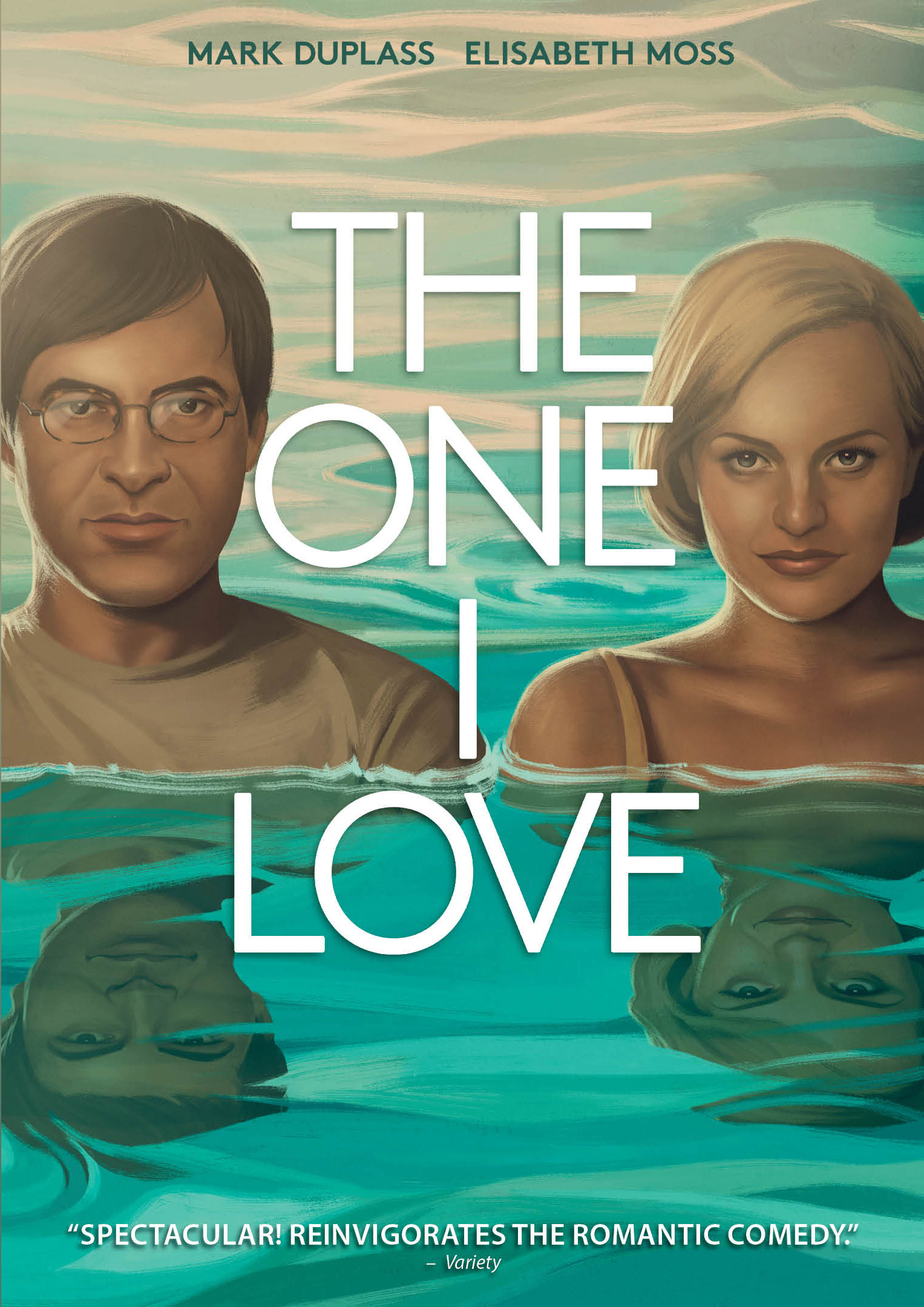 The One I Love

First we start with this amazingly creepy poster. I mean, Duplass looks like a serial killer and Moss looks like some awful painting out of The Royal Tennenbaums. As it happens, there are no serial killers in this film, nor is this a Wes Anderson joint. It’s more like an extended episode of mumblecore Twilight Zone. Or perhaps Alfred Hitchcock Presents. I’m not sure I knew that going into it, honestly. I just thought it was a another one of those talky-talky relationship movies where someone has an affair and then they spend the entire movie unraveling their relationship while the dude — in this case, the perennially wimpy Duplass — attempts to get revenge by awkwardly trying to cheat back. But not succeeding. I was way off.

Instead we get what is a sort of supernatural — or alternative universe — tale about a couple on the rocks who think they can reconcile their failing marriage by time away at an isolated retreat recommended by their marriage counselor, Ted Danson. My first issue — and this is probably due to the minuscule, indie budget — is that this isolated hideaway looks suspiciously like a house in Encino that just so happens to have hedges around it. Maybe it’s Calabassas. Though IMDB says it’s Ojai. Who knows? In any case, it’s something that I couldn’t shake, as I just expected some Valley neighbor or something to come interrupt the subsequent weird goings on at any second. And those weird goings on unravel pretty quickly as we come to find out that there is in fact another couple staying at the retreat with them. And that other couple is… them! Yes, an exact duplicate of themselves. Though the other Duplass is a little smoother, a little more understanding, a little cooler in all the ways his wife thinks he is not. And the other Moss is sexier and not as naggy and affectionate in ways he feels his wife is not. At first there’s a Three’s Company thing where they walk in one place and the other walks out and they have no idea that their doubles are staying there and I instantaneously hoped and prayed that this didn’t continue the whole film. Luckily it didn’t. The couple figures out the doppelgangers are there (but are restricted to the guest house) and they soon start bonding over the fact this is just downright odd. But then the doppelgangers and their charming / understanding ways tear them apart.

Now we’ve taken the mumblecore genre and applied the normal theme of being your better self. Or maybe it’s accepting your loved one the way he is. Or something very mumblecorey (see Drinking Buddies). And we’ve applied this layer of warped Philip K Dickishness to it. In fact the whole thing is even higher concept than I’m explaining it to be, but by going into more detail I’d be giving too much away. This isn’t the first of these films to layer on some sci-fi weirdness, as Safety Not Guaranteed definitely made that leap prior to this one, but this one takes it to the nth and makes what could have been the movie I feared — the relationship blah-blah-blah drek — into one that maintains some mystery, tension and intrigue in what is still a pretty standard film. They do call this thing a “romantic comedy” on the poster, but I wouldn’t really classify it that way. There aren’t many laughs, and the romance is, in typical mumblecore fashion, not so romantic.

I can’t say I’ve ever been a huge fan of Elizabeth Moss. I find her acting on Mad Men a little stiff and kind of one note. Like a latter-day Gillian Anderson, but without the standoffish sexiness. But I softened to her after watching Top of the Lake, and thought she was actually pretty dynamic in this movie. Duplass also generally has one gear, including his affectation across every single role of constantly pushing his glasses up his nose whenever he’s nervous or flustered — which is pretty much always. So it’s interesting to see him play the dual role, which includes one without glasses and with confidence he rarely, if ever, shows. I also wasn’t sure I was loving the movie itself, as once the gimmick is revealed, it gets a little repetitive, but pulls it out at the end and has stuck with me since.