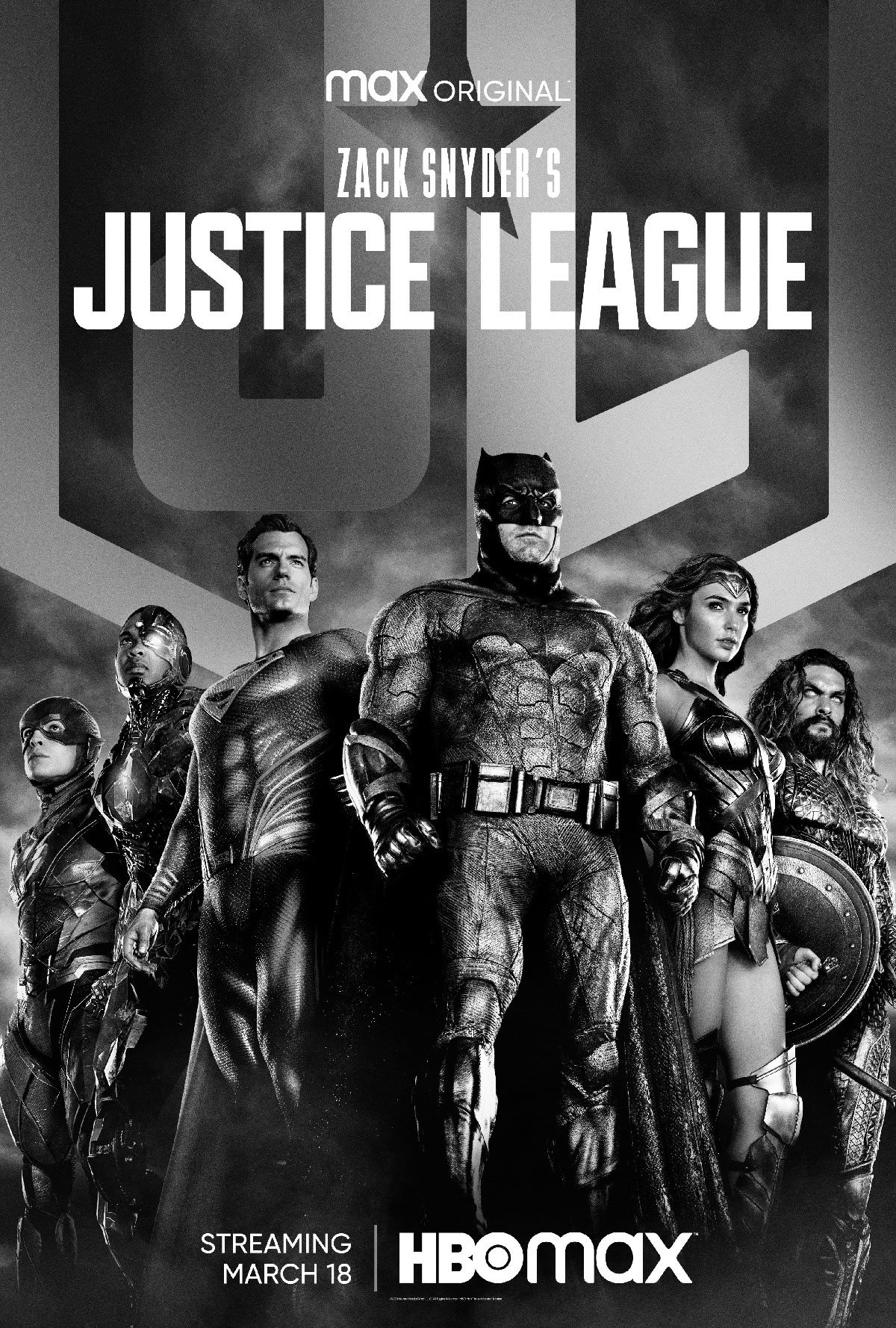 Why in the name of all that is holy would I watch a four-hour superhero movie? In one sitting. Because it gave me the opportunity to hang out with Hipster Jr. Jr. for the equivalent of half a work day and bond over CGI and Gal Gadot. Just to get that Marvel snob to watch a DC movie was a win that one can’t underestimate. I did find out during our time that she had watched some The Flash show on the CW at some juncture and knew an odd amount about the science behind his, uh, fastness. But, other than that I feel like she generally turned her nose up to anything Aquaman or even Batman in the past. Hipster Jr., on the other hand, was, of course, a big Wonder Woman guy. Because Gal Gadot.

Now, I never saw the original version of Justice League. Or was this the original version? Whatever, I never saw the one that came out in 2017 in the theater. The bastardized Joss Whedon version. And, frankly, I never really had the desire to see it. But when there is buzz about something new and interesting, I’m in. Granted, there are a lot of high-quality films out there that have won award after award that I haven’t seen. Even if they’re sitting right there on a streaming service. Because I’m lazy about movies. But for some reason I signed up to watch four hours of punching and greenscreen in 4:3 aspect ratio. Which was really a bummer. Though I should have known something was up when I saw this black and white poster. An odd choice, to be sure.

Let’s just get this out of the way: the plot is nonsense. It’s one of those world-ending narratives that involves aliens and these stupid boxes that when brought together basically hit a reset button on whatever world they happen to be on. These were employed way back in history — supposedly 5,000 years ago — by the ultimate baddy named Darkseid. Whom I’m sure is like a comic book classic bad guy, but I still say has a really dumb name. Anyway, way back when the evil aliens tried to bring the boxes together on Earth, the different forces of Earth (both gods and terrestrial armies) fought Darkseid and his right-hand-man, Steppenwolf, and defeated them. They then stupidly took the aforementioned boxes and spread them out across the Earth to be guarded so that Darkseid could never come back and try to destroy the world again. In some cases the boxes were literally set on a giant pedestal in order to make it super-obvious that the box was there. Seriously. Rather than shoot them into deep space or destroy them or like hide it in a closet in a farm house in the middle of nowhere, they were like “Hey, if you ever decide to come back, the boxes are right here!” Anyway, apparently Darkseid never came back because of… Superman. Who didn’t technically come to Earth until maybe like the 1950s? Yeah, plot hole. But now that Superman is dead, it’s their time to come back, collect the boxes and terraform the Earth for good. Yeah, bad guys, where you been for the past 4,950 years?

Anyway, the return of CGI bad guy, Steppenwolf and his army of alien demons necessitates the coming together of all the superheroes. Well, not all the superheroes, but the ones that Zack Snyder, or whomever, chose to be in this film. Which, in itself, is odd. I mean, you can see from the poster that we get The Flash, Cyborg, Superman, Batman, Wonder Woman and Aquaman. Was Green Latern busy? Or was Ryan Reynolds ironically too busy filming Dead Pool at the time? Point is, you’d figure that if the destruction of the Earth was in the offing that they could bring together more than six heroes from the DC universe. Especially because one, The Flash, is like an unknown wildcard and the other, Aquaman, is a drunk dude who basically can’t do shit unless it’s in the ocean. Oh, and also a dead guy, Superman, who they have to bring back from the dead. But I suppose zombie Superman is better than no Superman.

Despite all the plot holes and tortured machinations, the movie is pretty fun. I would have loved to not have to watch it in 4:3, but I suppose that free is free. I’m normally not a fan of all green screen, but this thing just kind of embraces it. We’re not expected to believe this is happening in the real world. I don’t think. So the flashiness and constant computer atmospherics are less of an issue. It feels like a live action cartoon. Like Roger Rabbit but with punching and shooting. Which brings me to the whole killing thing. When did superheroes like Batman start using guns? And are we cool with Ben Affleck being Batman? Are all superheroes basically immortal? Why can they take a bullet, but booze seems to affect them the same as any old human? Why are we pretending The Flash is straight? Why would Jeremy Irons take this totally thankless Alfred role? Are Connie Nielsen and Diane Lane actually the same person? Is Willem Dafoe’s Atlantis character, Vulko, the same character as his Norman Osborne character in Spider-Man and Spider-Man 2? Because the role could have been played by just about anybody with a face, so why cross those streams? I can understand why he was chopped from the original cut, as his acting is… not great. And his character is just dumb.

This is all to say that there are a lot of unanswerable questions. And, looking back, the movie was a bit all over the place. But in the moment, it somehow managed to keep my attention over four hours. Which, in itself, is pretty impressive. So I guess the whole was better than the sum of the parts. Which, in effect, makes it a worthwhile endeavor if you just don’t look too close, or pick it apart afterward. Especially if you get to spend four hours with your daughter raising eyebrows at each other, sometimes rolling your eyes and other times nodding in approval at a crazy action scene. Even if they’re sometimes so dark that you have to kind of fill in the holes with your imagination. I have to assume that Snyder will be helming a sequel to this thing. I’m not sure, after having to save the world from marauding aliens, how they’ll up the ante, but hopefully they’ll get some help from the Wonder Twins, Firestorm and like a CGI version of Ryan Reynolds.