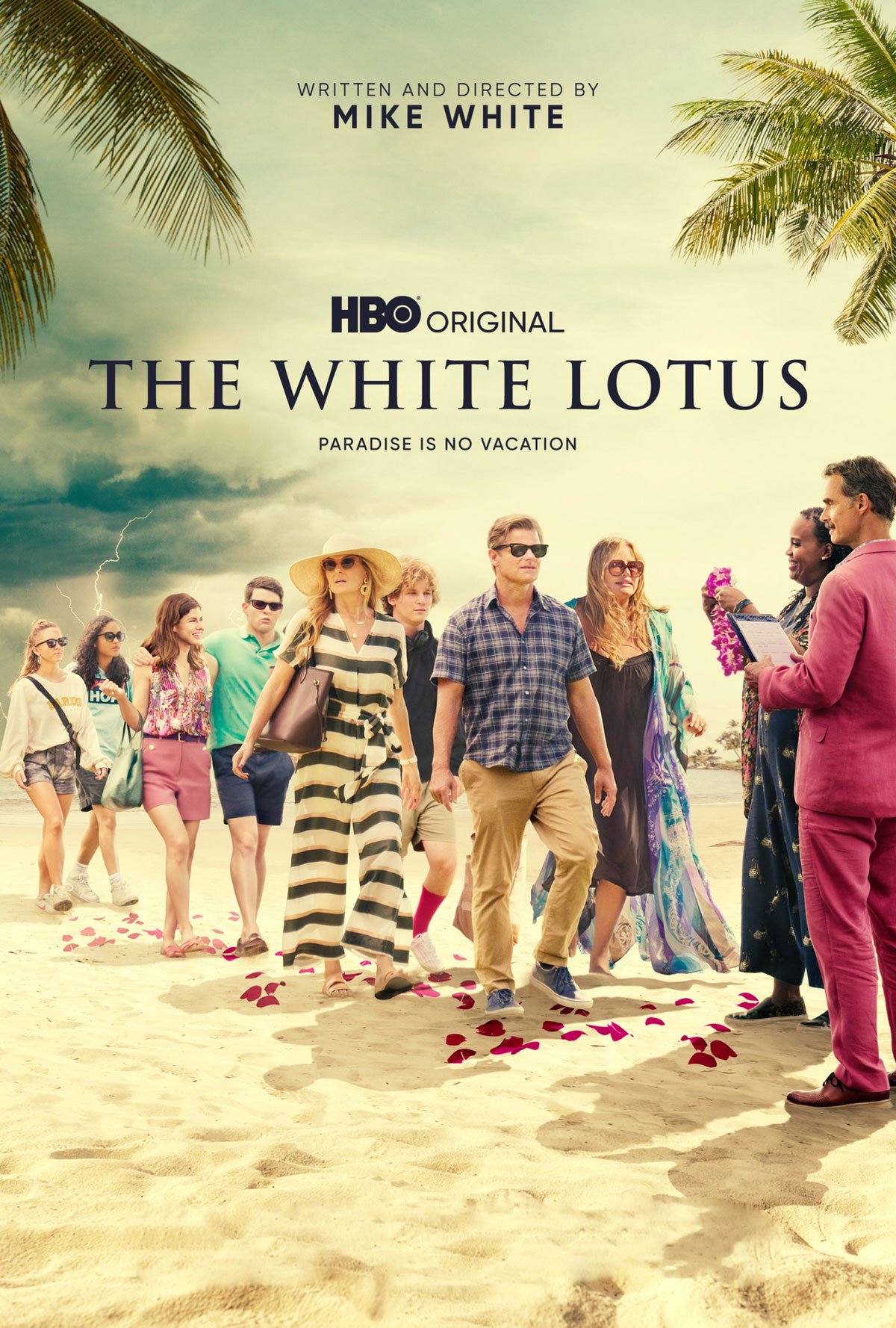 Man, I really didn’t want to watch this show. I heard that Mike White loves cringe, and that The White Lotus capitalized on it big time. I am not a fan of cringe. It makes me… incredibly uncomfortable. Which I guess is the whole point. But it doesn’t mean I have to consume media intentionally positioned to elicit that reaction from me. Unless, of course, it’s posed as must-see, primo HBO television. A mini-series that everyone and his podcaster is talking about. Because I’m a sucker, and I can hardly resist the siren call of peak TV. Or at least the illusion of it.

What White does here is gather a murderer’s row of recognizable talent, put them in Hawaii, wind them up and let them go. Shit, we get a close-up shot of Steve Zahn’s nutsack in the first few minutes of the first episode. Granted, it was probably a stunt sack, but it’s like they wanted to immediately throw us one high and tight and knock us off balance. This ain’t gonna be Friday Night Lights and shit. What it is going to be is a bunch of rich white folks at an exclusive resort on Maui acting like a bunch of rich white folks. But before we’re introduced to all of them, we’re introduced to a cranky-ass Shane (Jake Lacy) as he watches a coffin get loaded onto his plane on the way out of Hawaii. So we start our tale with a dead body. Because that’s what we do these days; set up the mystery and then hit the “seven days earlier…” title card before launching into the main timeline. The White Lotus is no different, but it also kind of is.

It’s mostly different because the dead body is just the hook. It’s not the central crux of the plot. But it’s always there in the background as you watch the machinations of the large cast moving around one another. Who’s the one in the coffin? But that mystery is less about whodunit and more about who deserves it. Like how is karmic justice done if this person ends up being the stiff? Or this one? Or would it make more sense in White’s take on societal commentary that one of the folks from the lower castes bites it? Because that’s the “the rich get richer” message that kind of envelopes this entire series. So it’s more than a mystery, it’s a treatise on how justice is not equally doled out by life.

So, what we’re basically offered up as a theme is: Rich, white people have issues, too. But their issues aren’t deadly. Something that is not at all surprising, but is also — on its face — something that we don’t honestly give a shit about. There are shows like Succession that practically lampoon the badness of rich, white people. And, in some regard, so does The White Lotus. It’s just that in Mike White’s cringe world, he blurs the lines between chastising them for their privilege and actually trying to make them look not like complete clownish cartoon characters. Whether or not you think this tips over into actual sympathy probably depends on your perspective. Which, in itself, is interesting and impressive. The angle of the narrative and your take on the behavior all depends on your lens. It’s a cool trick.

But mostly these people act in the ways you’d expect them to. Nicole Mossbacher (Connie Britton) is the high-powered tech exec who tries to control absolutely everything. Her husband, Mark (Zahn), comes off as emasculated in the shadow of his bread-winner wife. Shane (Lacy) is a rich, douchey Cornell grad in the family business, on his honeymoon with his new hot, trophy wife, Rachel (Alexandra Daddario). But he’s too obsessed with getting the room his mom booked for him than being in the moment with his lonely bride. Jennifer Coolidge is, well… Jennifer Coolidge. Rich and crazy. The two college-aged Gen Z girls act like spoiled Gen Z girls, brutally unfriendly and insubordinate to any and all adults because they’re sooo aware of the adults’ privilege. But somehow discount their own. The point is, all of our resort guests have what amount to the problems that resort guests the world over have. Marriage issues. Self-doubt. Self-loathing. Lack of self-awareness. Tone-deafness. Passive racism.

I’ve never seen that Upstairs, Downstairs show, but I imagine this is like that? Or like the people up top in Titanic versus the crew down in steerage. Or are those the Irish? I don’t know. Whatever the case, there are always the service industry folks who keep the pipes from leaking, the pools clean and the beds turned down. Always with smiles on their faces. Always. Until their masks slip and things spiral. The pent-up tension just oozes out in weird and wacky ways. Drug binges, theft and, god forbid, some hope for a brighter future. And maybe dropping a deuce in a guest’s suitcase…

So, look. It kind of took me until the end of the season to kind of, sort of understand what White was getting at. Still, I’m not sure he really nailed it. Or that I got it. It’s not that watching a bunch of talented actors go through crisis wasn’t fun at times, but there were a lot of spots that felt a bit like emotional exposition. There are some oddball speeches by Zahn’s character, for instance, that sounded right out of the Fox, white privilege power hour. And some seriously clunky dialog dumps that, given a little more breathing room, would have been way more devastating in their effect. I just expected more in terms of command and control over the thematics and the language. It felt, at times, like parody. But I don’t think that’s what he was going for. It was meant to be subtle and cutting, but felt more like a script written in a bubble. Like he thought he was being more clever than he actually was, and just had nobody there to nudge him back on track.

That all said, there were some nice moments on the show. The acting was terrific. And I think the point was ultimately well taken. I can’t say it’s going to leave you with an upbeat feeling. Or is really a comedy per se. I mean, some absurd things happen, but it’s not really comedic. Dark comedy, I suppose. As it stands, I believe they’re going to make a second season, treating it as an anthology. So, presumably different guests and maybe a different resort? Different guests, same White Lotus? I’m not certain, but I imagine the upstairs, downstairs theme will continue. But I’m interested to see how they differentiate things the next time to make it feel fresh and not just a rehash of Rich People Island.