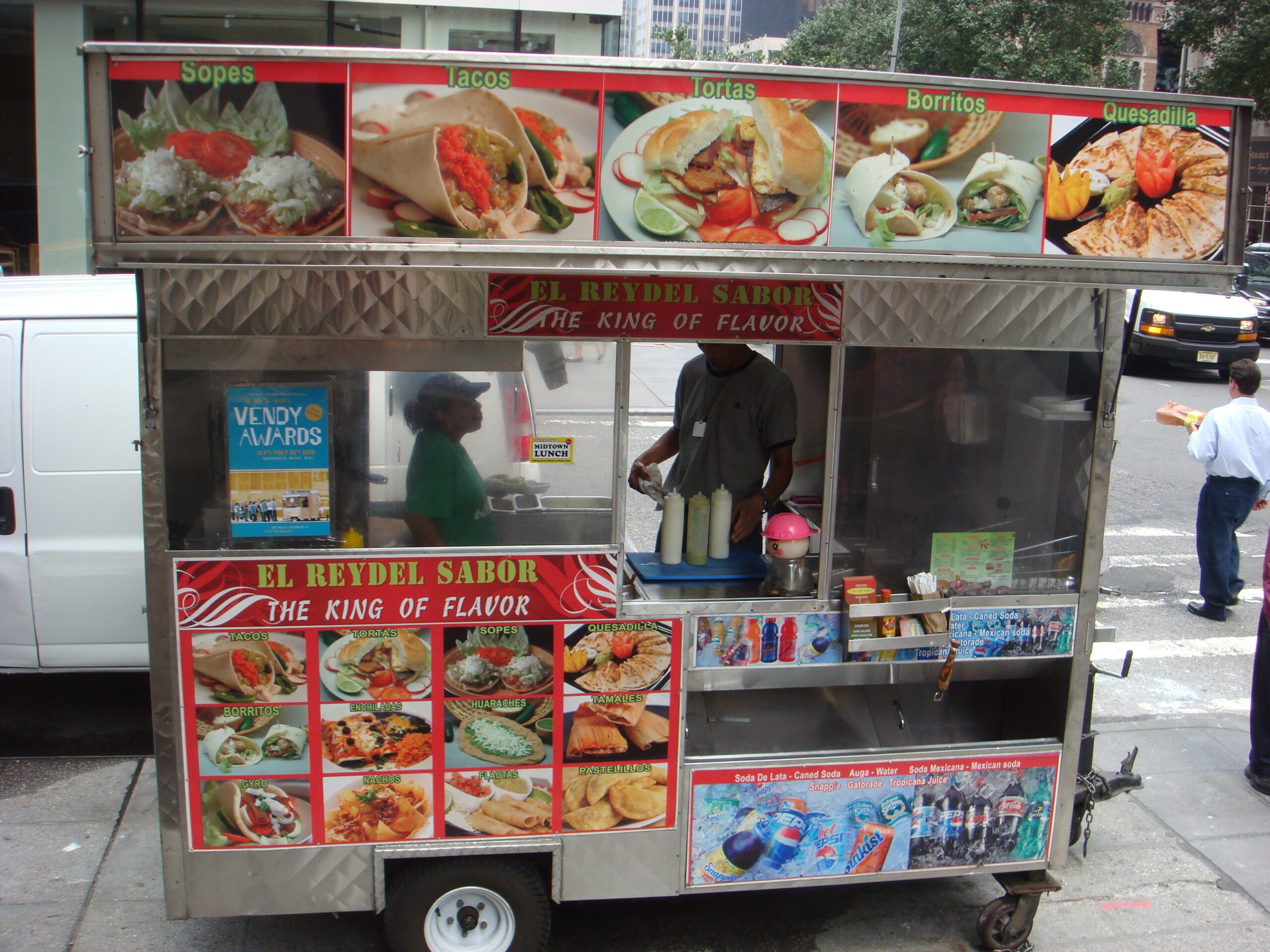 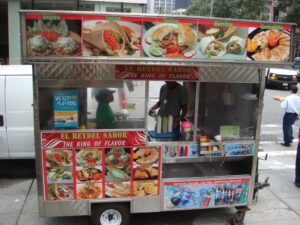 Somehow Mexican food and carts just makes sense. Sure you can get some Middle Easterny type stuff and Greek and whatnot, but the Mexican stuff is kinda made to be made in the rough. Granted, it’s not as if these guys are cooking over an open flame in the middle of a South American desert, but from a shiny towed vehicle in the middle of worker bee central. Now their color photo menu has all sorts of stuff on it, some of which looks fried and other stuff that looks drenched in fancy sauces and cheese. It was hot out the day I ate here and the thought of trying to tote a steaming tin foil log of queso made me a little bit queasy. So I went super simple and got one steak taco and one chicken taco. The tacos literally consisted of a pile of meat, a pile of raw onions and a handful of cilantro 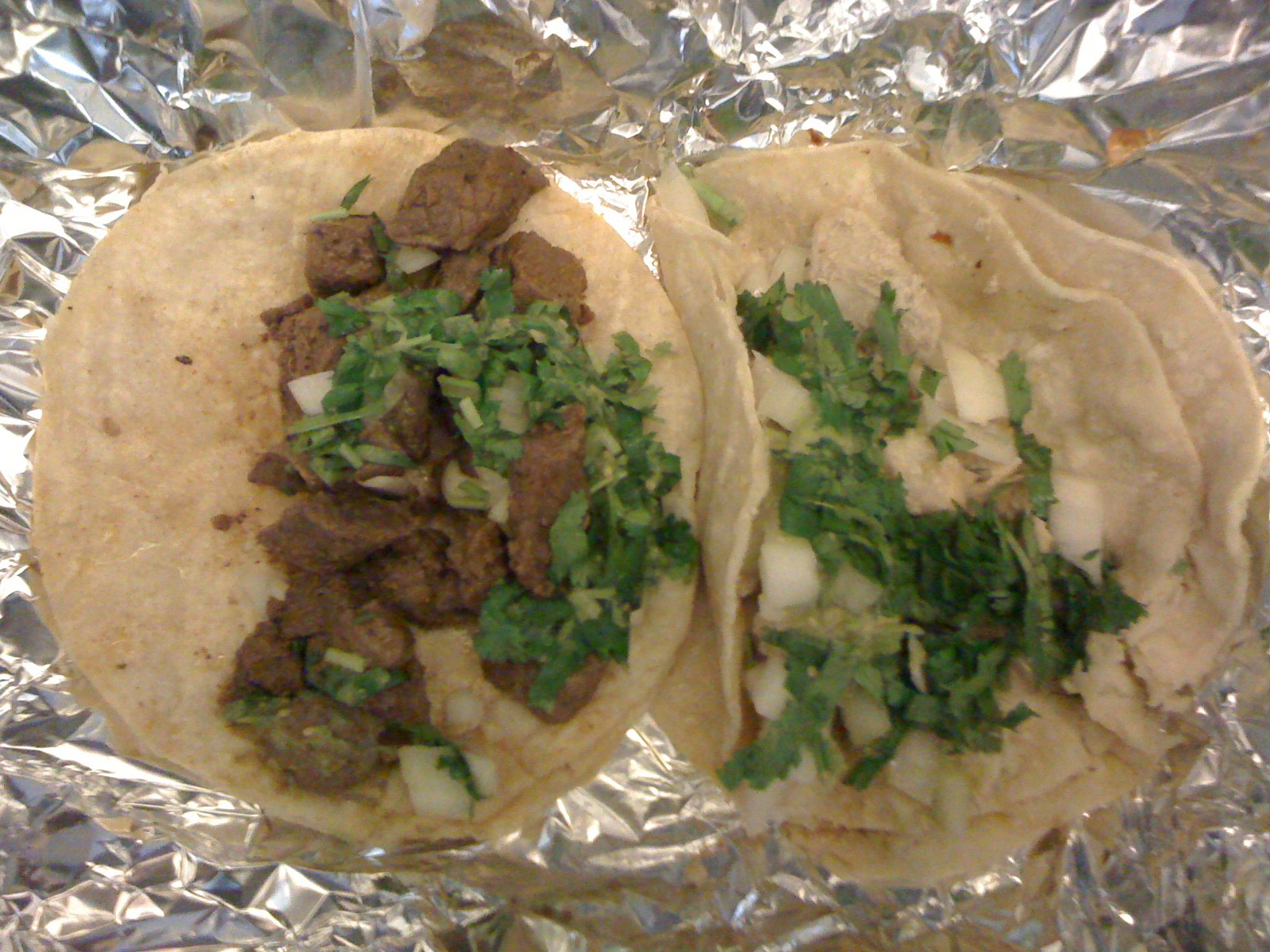 on a small corn tortilla. I have to start by saying that I’m not a fan of cilantro. It tastes like chemicals to me. Kind of like sucking on a bar of horrible deodorant soap. So when I saw them reach into a tin and toss all that green stuff on my meal, I kind of whimpered out loud. Trying to pick it off all the meat and unmingle it from the onions proved tricky, but I got enough of it off so as to not completely gross me out. The meat itself was definitely not the highest quality stuff. The chicken was a little mealy and the beef a bit stiff, but the stuff was nicely spiced and somehow overcame its relative lack of first impression. And it’s amazing what onions and a decent corn tortilla will do for a meal. I walked by the cart again the other day (on a hot mid-summer afternoon) and there was not a soul waiting in line — while some of the other street meat vendors were packed. That confused me a bit, as I understood that The King was a pretty popular guy. Again I passed them up because the humidity and soppiness of the day made me beg off possible intestinal distress. I will be back, however, and next time will order something more adventurous and tell them to keep their stinkin’ hands out of the green stuff. [MF]