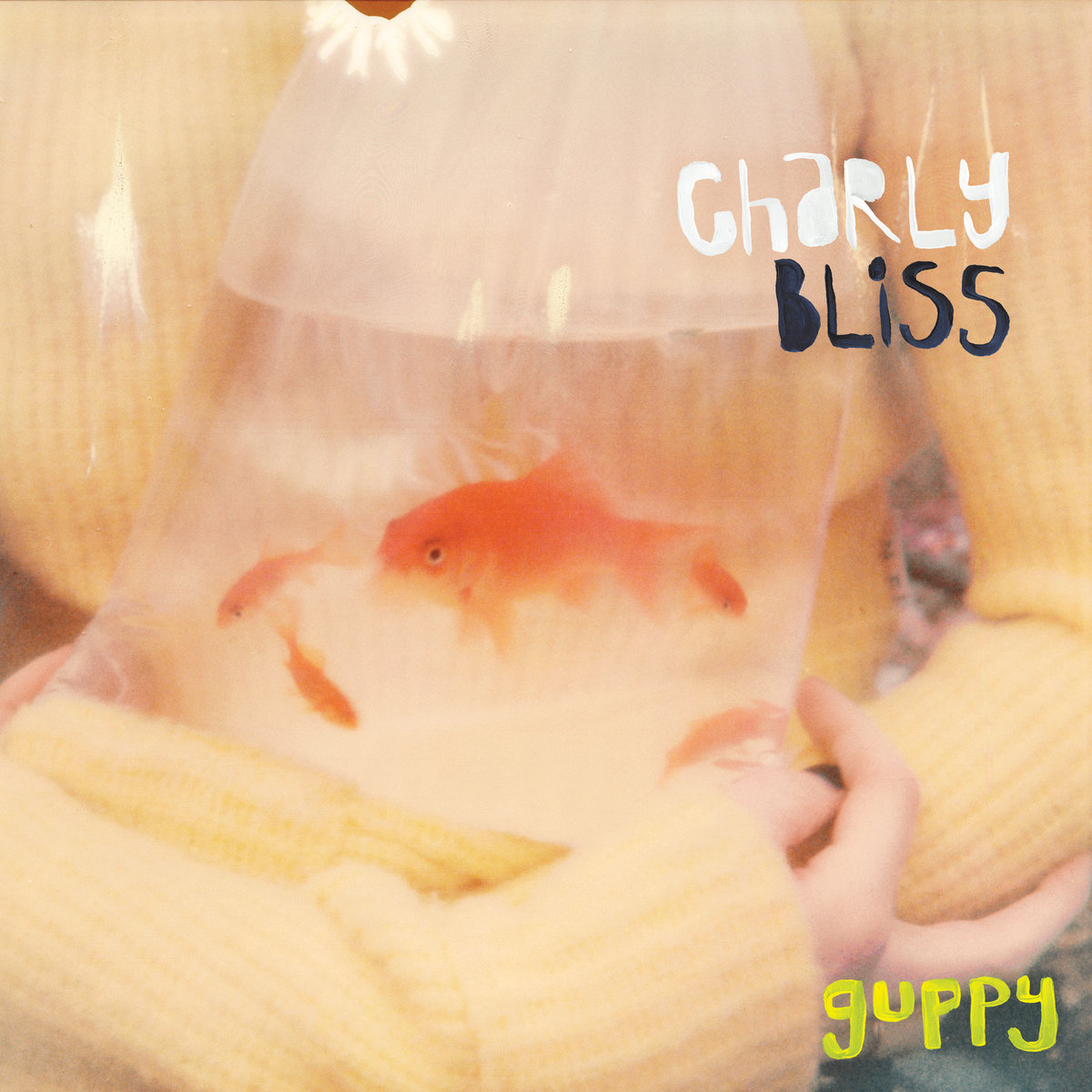 Sometimes there is only so much peer pressure a guy can take before he breaks. And so it went with Charlie Bliss’ new album, Guppy. Donald Trump was even supplanted as the number-one topic in my Twitter feed for an afternoon, as glowing praise of the album flooded my stream of posts. There was such an overwhelming amount of digital ink spilled for this record, it almost felt like something nefarious was afoot. I had to check it out.

So I did. And I a screwed up my face, looked around to make sure I wasn’t being punked and immediately went for a second opinion. Unfortunately the only opinion-maker I had around was Hipster Jr. — who, by the way, is a huge fan of Riot!-era Paramore and figured to at least buy into the genre. So after some Ariana Grande song ended on Z100, I surreptitiously switched media inputs over to my phone and started on track one, “Percolater.” He sat quietly for a moment and then made that face he makes when he realizes the fart he thought he was going to get away with is stinkier than he thought it was going to be. “Is that a baby singing?” he asked. “No,” I said, “it’s a full-fledged adult woman.” “Is it some sort of joke, then?” “Nope it’s for real.” He sat listening for another ten seconds or so. “This kind of sucks, then, doesn’t it?”

The thing is, he often asks our opinion about music. Listening to a song he clearly likes, he’ll elicit hedging opinions about it to make sure we also think it’s good. He’s been obsessed with “Hotel California” of late. He’s a drummer, so maybe he likes that whole drumming/singing thing. In any case, he didn’t even check with me before forming an opinion on this one. To his twelve-year-old ears this “sucked.” The question was, was I on board with his pretty firm opinion, or was I going to side with the rock critics (if there is even such a thing anymore) and the broader Twitterverse? I was at a crossroads.

So I listened yet again. And I get some of the praise. The music itself is reminiscent of a lot of the more poppy college radio from the mid nineties and the tunefulness of it is relatively infectious. And the lead singer’s voice is not completely unlike that of some of the darlings of that age, like Tonya Donnelly and Juliana Hatfield. It’s supposed to be kind of cutesy and cute, like these others, but with something biting behind it. But in lead singer Eva Hendricks’ case, it’s not. Its cloying and squeakingly babyish in a Britney Spears-ish way. I’m just not sure I can get past it — and I’m a guy who listened to an entire School of Rock show of seven-year-old girls singing Fall Out Boy songs. There are a couple instances where she screams/squeals that are almost unbearable. I’d be curious to hear these same songs remixed (and maybe rewritten from a lyrics perspective — as some of them are pretty awful) with a different singer and see if somehow the album clicks with me. But somehow I don’t think so.