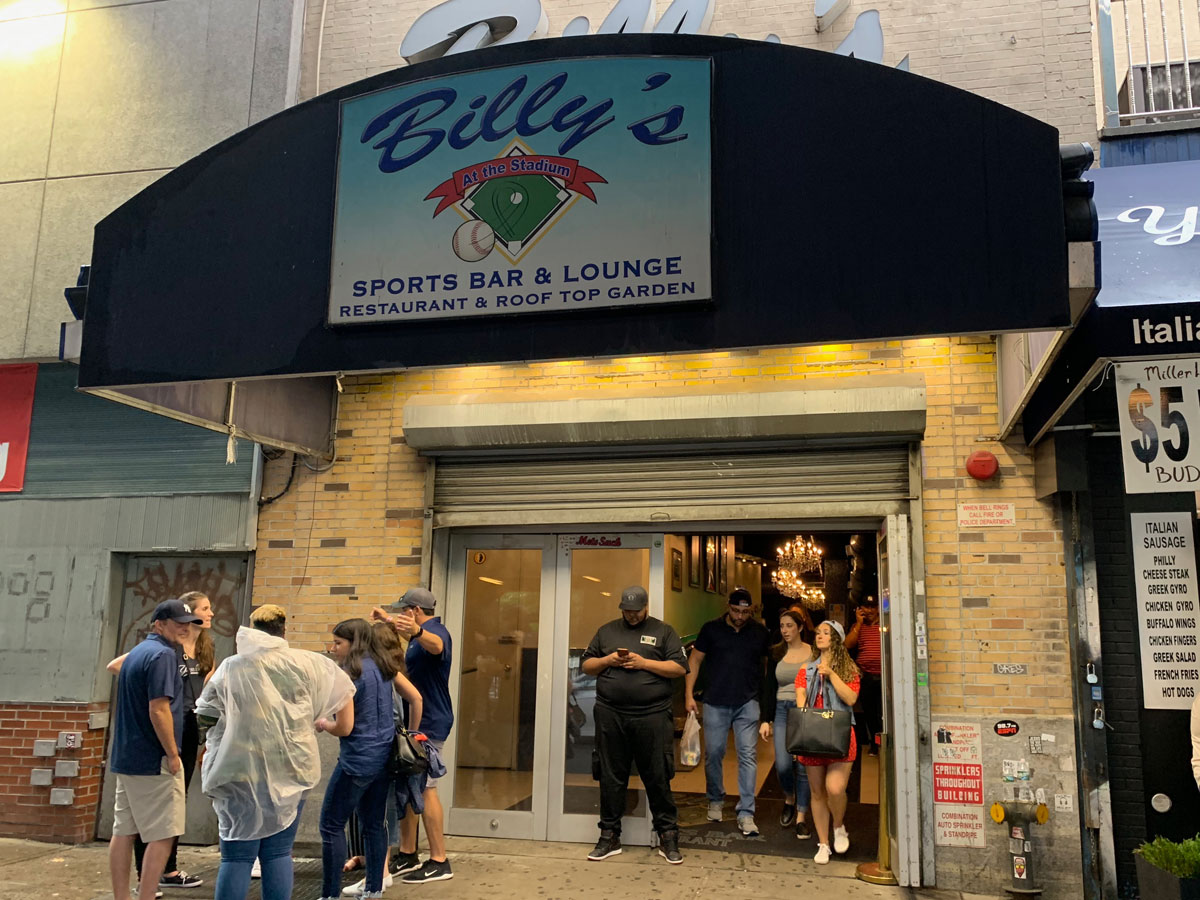 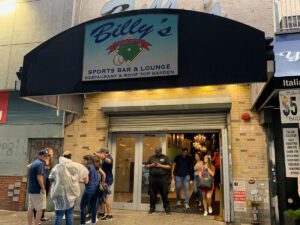 This is a terrible place. Like, seriously, it’s a bar out of the worst Twilight Zone episode or poorly produced television show about low-rent drug culture in the late 90s. It’s literally everything I hate about being out all rolled up into one.

But let’s get this straight, I don’t think it pretends to be anything other than shitty. It’s essentially a large warehouse space meant to house drunken, post-game Yankee fans or tourists unfortunate enough to pop a tire in the Bronx. It has one giant floor space with long bars and then some other tiered space that makes not a lot of sense and even some outdoor nonsense that is just more of the same. The whole thing smacks of someone’s idea of a “cool” club in 2002, but comes off more like where scumbags go to score pills and coke that’s 50% baby formula. If it weren’t for the hefty dudes in the Judge jerseys, you’d expect the clientele to be straight out of Carlito’s Way.

The worst part about this personality-less cavern is the music. It’s as if the DJ is paid per customer he’s able to drive out of the place. It’s louder than any sound system has the right to be and is about 70/30 music to distortion. The space itself is just a giant, three-story box full of hard surfaces, so the sound waves bounce off of everywhere and create a cacophony like nothing I’ve ever experienced. It’s truly horrifying, and akin to torture when experienced for more than five minutes at a time. And the music itself? The worst ever heard by man. Or woman. Or child. Or deaf person of indeterminate gender. Horrendous. And I’ve been to a Lil Pump concert! I can’t even classify it other than to say it’s some sort of acid-electro-soca mashup that probably makes anything and everything released on Soundcloud in the last month sound like The Beatles. I was surprised that my ears weren’t literally bleeding when I left.

What’s clear is that this bar doesn’t take itself, or its patrons, seriously. Billy’s is a stupid name. And they can’t bother to put up a website. Or stock decent beers. Their mixed drinks are weaker than the Red Sox’s relief pitching (I’m not a baseball fan and have no idea if this is accurate, but it feels right). They know they have a captive audience as folks saunter over from Yankee Stadium and it feels like it.